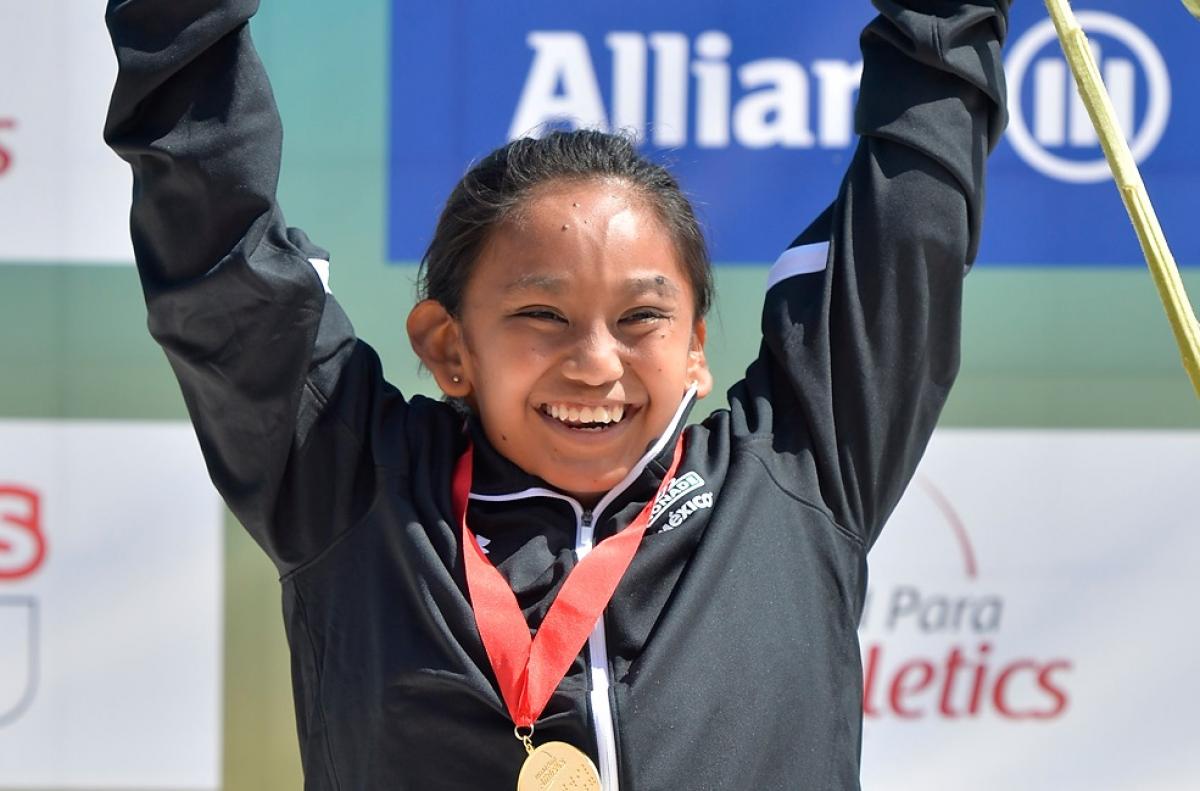 Mexico´s Guadalupe Vergara Quezada celebrates on the podium with her gold medal at Nottwil 2017.

Guadalupe Vergara Quezada, who won her first major title in the women´s discus throw F40-F41 at Nottwil 2017, credits her passion for reading as one of the reasons for her success at the World Para Athletics Championships.

“Reading helps me focus on the next event,” said Mexico´s 16-year-old. “I am currently reading ´The Fault in our Stars´ by John Green. And I would say my favourite book is ´Marianela´ by Spanish author Benito Perez Galdos.

“I love reading and it is really beneficial for your mind, which is why I believe it helps me ahead of a competition.”

Vergara Quezada took up athletics at the age of eight. She was watching some kids practicing at a local sports club and her now coach Emmanuel Campos Mortera suggested her to join the trainings.

“I got hooked by the sport almost immediately. I started, liked it, began competing and my passion ignited. I now train four times per week, besides going to school,” she explained.

She made her international debut earlier this year at a Grand Prix in Tempe, USA, winning the women´s discus throw F41 and ending second in the shot put F41. Vergara Quezada went on to win all discus, shot put and javelin events at the Mexican Para Athletics National Open, last May.

“Of course, I still need to learn many things,” she said. “But representing your country, and at Nottwil 2017, is a unique feeling. It is only possible through many people´s effort: yourself, your family, your coach.

“I did not expect to compete at a World Junior Championships, it was so emotional to me when they notified me I would. In Mexico there are many young athletes with talent, but I work hard to have such an opportunity.”

Planning ahead, the world junior champion and avid reader hopes to qualify for the next Paralympic Games. “I want to compete at Tokyo 2020 and win a Paralympic medal,” she dreams.

Full schedule and results can be found on Nottwil 2017´s website.