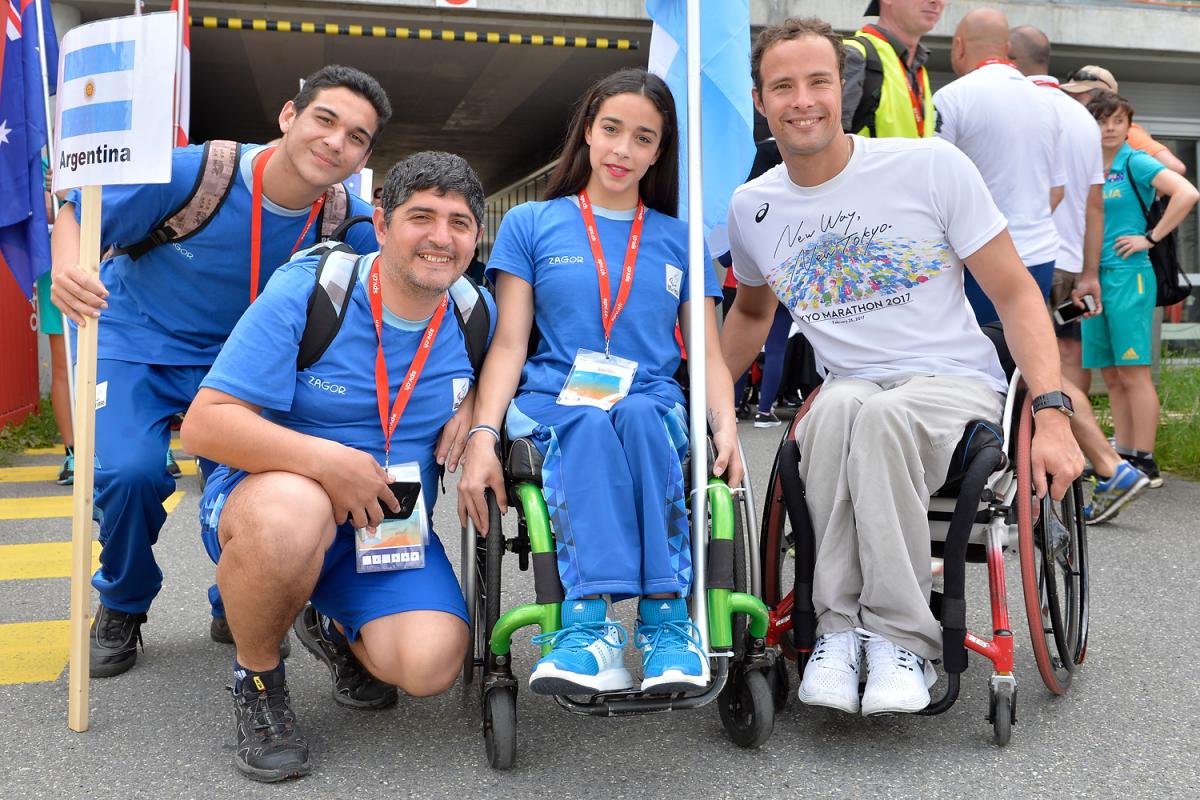 ⒸLuc Percival | For the IPC
By IPC

Switzerland´s Marcel Hug is back on his home track. But rather than racing, the Rio 2016 champion is supporting and passing on advice to younger Para athletes taking on the Nottwil 2017 World Para Athletics Junior Championships, which run until Sunday (6 August).

“It is great to cheer for the young athletes. They are the future generation. Maybe some of them will even be competing against me,” said the 31-year-old wheelchair racer, who trains on these trains. “It is interesting to see how they can perform and how they develop themselves in the next years.”

Hug is still fresh from competing at the London 2017 World Championships in July, when he achieved a hat-trick of titles in the men´s 800m, 1,500m and 5,000m T54. “My performance in London was good, I am really happy,” added Hug, also know as the Swiss Bullet.

“The 400m final was not very good but the others were amazing to me. I never expected to win three golds.

“Now I am focusing on marathon trainings. The good thing is that the track season is during the summer and the marathon one during the winter. So I can focus on and prepare on the distances accordingly.”

Looking ahead, Hug is planning to compete at least until the Tokyo 2020 Paralympic Games. “That is the plan. Then I will see,” he said.