O’Hanlon aims to write his name into history

Australia’s multiple-world and Paralympic champion wants to set a 100m world record that can never be beaten. 04 Feb 2015
Imagen 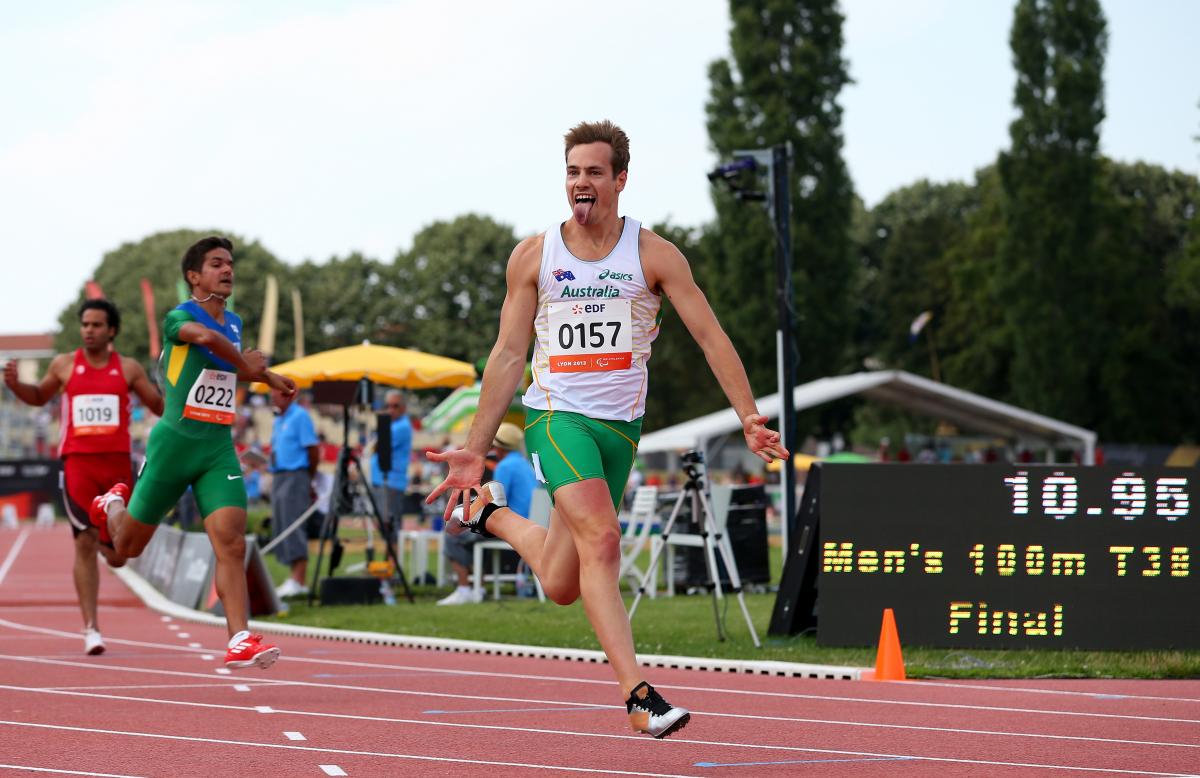 “Now I really want to bring the world record down as far as possible so that I can leave my name there forever once I retire.

Australian Paralympic sprint sensation Evan O’Hanlon is aiming to write his name into the history books this year, not just by completing a unique triple double of world titles but by setting a 100m world record that can never be beaten.

The 26-year-old T38 athlete, who made his international debut in 2005, has won 100m and 200m gold at every major international event from the Beijing Paralympic Games onwards, amassing five Paralympic and seven world titles.

Although O’Hanlon is targeting two more titles at October’s IPC Athletics World Championships in Doha, Qatar, he is also looking to inscribe his name in the record books forever.

“At the moment I’m at the point in my career where winning gold medals is great and something I need to do, and really like doing,” said O’Hanlon. “But now I really want to bring the world record down as far as possible so that I can leave my name there forever once I retire.

“I want to set a time that no-one will be able to go past, so that my name will always be part of Paralympic history.”

O’Hanlon’s current 100m world record stands at 10.79, set during the London 2012 Paralympic Games, but that record could be under serious jeopardy in 2015 as he first focusses his efforts away from the World Championships.

“In the immediate future I’m trying to qualify for the Australian national championships in the men’s able bodied 100m,” said O’Hanlon of the 93rd Australian Athletics Championships which will take place in Brisbane between 26-29 March.

“To do that I’ve got to run 10.84 before March and then the nationals are at the end of March.

“I’m looking to qualify to run against the big boys in Australia. I’m just concentrating on the 100m for the next couple of months.

“Once they are over I’ll get back into preparations for the World Championships for the 100m and 200m.”

After having a prolonged break following his triple gold success at the 2013 World Championships in Lyon, France, where he won the 100m, 200m and 400m, O’Hanlon is hoping that running against some of Australia’s fastest sprinters will push him on to even faster times.

“In Australia [in para-athletics], I don’t necessarily get pushed as much as I do internationally. Running against the able-bodied guys can hopefully take me down to the next time bracket. I want to put the world record further beyond reach.”

“I’ve been chasing the 200m world record for ages, not because I want to break my own world record, but because one of my heroes [Heath Francis] still has a faster time over 200m. I’m faster than him over the 100m, but keep telling him to sleep with one eye open as I want to beat him over 200m.”

For O’Hanlon to beat Francis’ record he will have to beat 21.74 which is 0.08 seconds faster than his own T38 world record.