Omar comes out on top in battle of champions 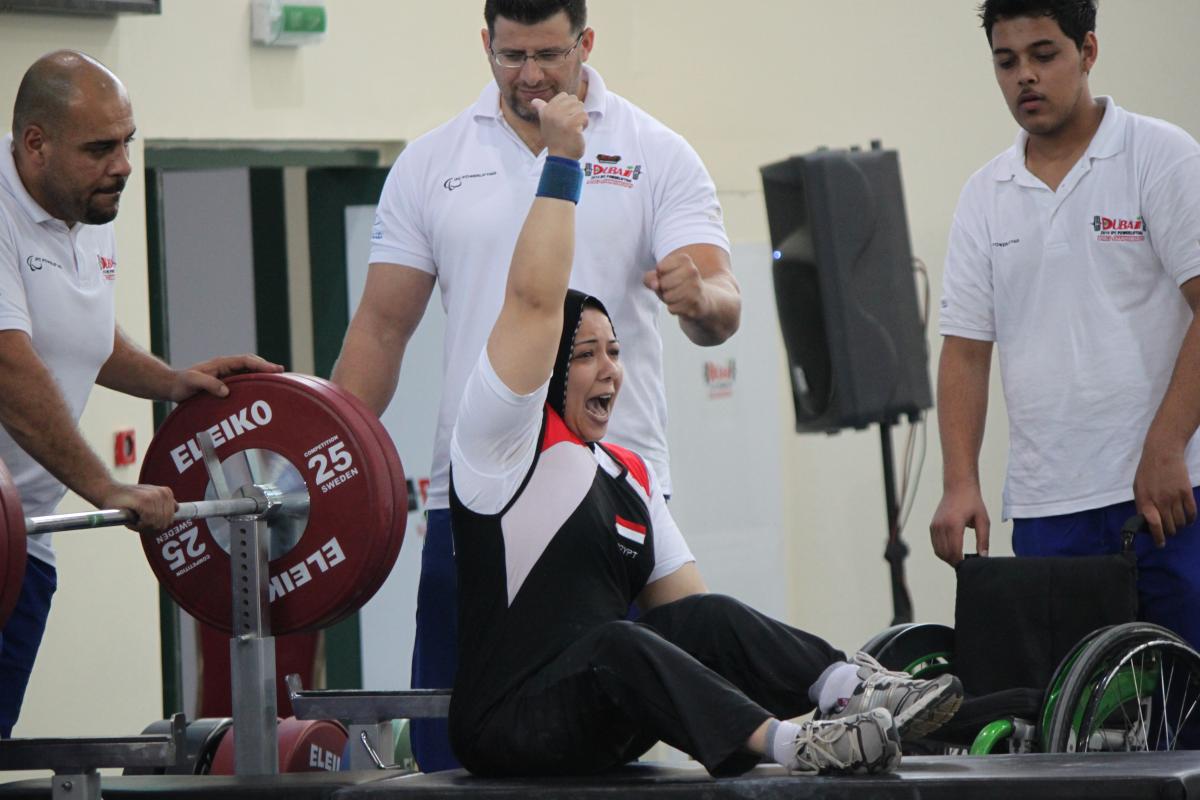 Two London 2012 Paralympic champions went head-to-head at the 2014 IPC Powerlifting World Championships in Dubai, UAE, on Tuesday (8 April) with Egypt's Fatma Omar coming out on top against Mexico's Amilia Perez, on a day that saw world records continue to fall.

Despite the rivalry, the gold medal was effectively decided in the first round with world record holder and four-time Paralympic champion Omar lifting 130kg. The weight was 15kg more than any of her competitors could manage in the opening exchanges and a lift that was never challenged in the following rounds.

Returning from a shoulder injury, Perez struggled to find her rhythm and failed with her first two attempts at 128kg, whilst Omar, confident of victory, was unsuccessful at two 135kg world record attempts.

With the prospect of not even posting a weight, never mind winning a medal, a growing possibility for Perez, the 40-year-old showed grit and determination to succeed with her third attempt at 128kg, which was good enough to secure the silver medal ahead of China's Yan Yang (115kg) in bronze.

The men's -80kg was an incredibly close fight which looked to be going the way of Egypt's Metwaly Mathana until China's Xiao Fei Gu pulled out an astonishing final round lift to secure gold and break the world record.

During the first two rounds, Mathana was 4kg ahead of his rival, first posting 225kg before following it up with 232kg, 2kg more than Gu's world record, in the second.

Undeterred, London 2012 silver medallist Gu lifted 236kg in the third round to claim back his world record and secure gold as Mathana failed with an attempt at 237kg.

France's Julian Avom Mbume, 18, won the junior gold and world record with a lift of 160kg.

A full competition schedule and live results can be found at the Dubai 2014 website as well as further information about the competition.