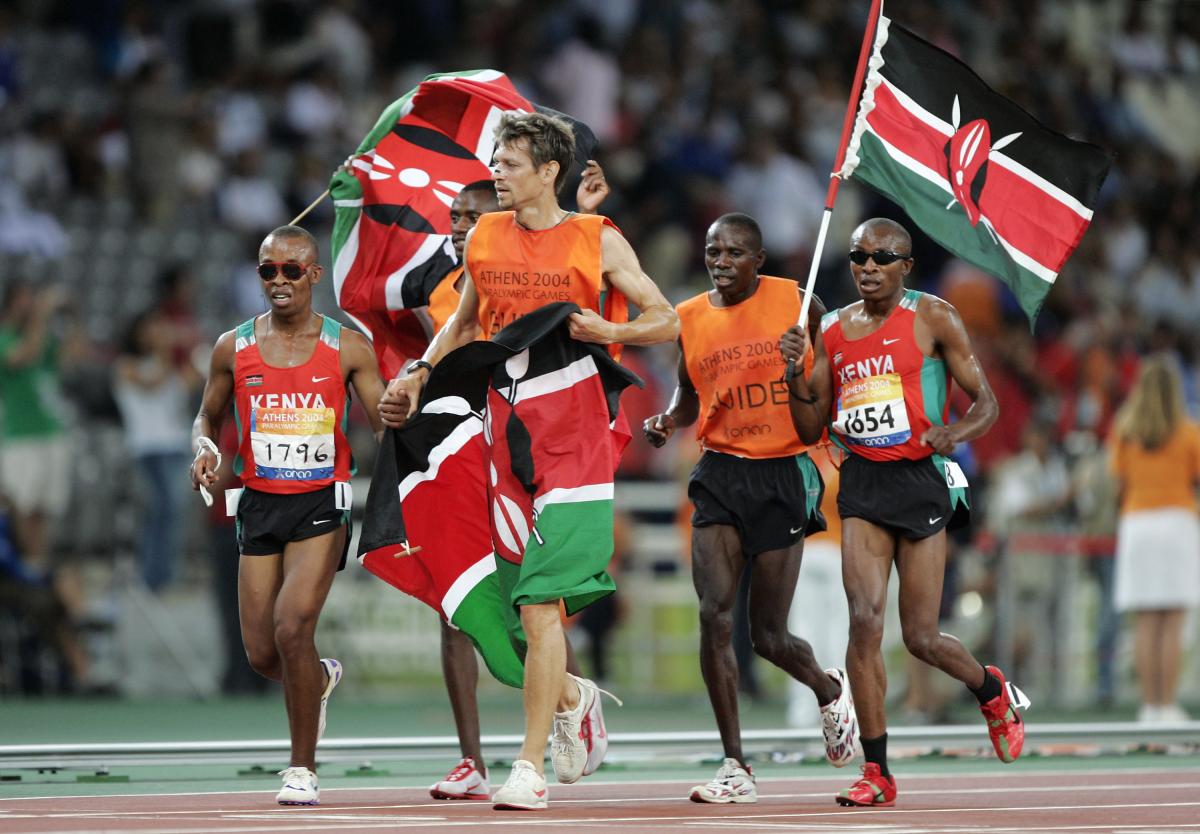 Henry Wanyoike of Kenya circles the track with his country's flag after setting a world record in the Mens 5000m (T11) Final at the Athens 2004 Paralympic Games for a gold medal while teamate Tangs F. Karanja follows after taking the bronze.

Multiple Paralympic medal-winning athlete Henry Wanyoike from Kenya will be participating this weekend in the 10th RheinEnergie Marathon in Bonn, Germany, in the half-marathon event.

Wanyoike also took part in the RheinEnergie Marathon in Bonn last year, where he participated in the half-marathon event with a time of 1:14.56. He hopes to better his performance this year and bring home one of the top positions back to Kenya.

Taking place on 25 April at the home of the International Paralympic Committee (IPC), Wanyoike will be in partnership with Christoffel-Blindmission (CBM) and promoting awareness for people with a visual impairment during his run in Bonn.

CBM has been an important part of Wanyoike’s life since he lost his vision. With the help of CBM worker Petra Verweyen, Wanyoike was able to return to running, just two years after his life had changed.

“I think that my being blind was a blessing,” Wanyoike said. “People feel encouraged through me.”

Wanyoike will also be running on 2 May at the TUIfly Marathon in Hannover for the half-marathon event.