"It was fantastic to visit the Olympic Stadium today – it’s a very impressive venue and I can’t wait to come and compete here in 2012."

Paralympic gold medallist and world-record holder Oscar Pistorius today visited the Olympic Stadium to see for himself where he may be competing in under 500 days time.

Oscar Pistorius, a BT Ambassador, was given a tour of the Olympic Stadium ahead of his appearance at the BT Paralympic World Cup which starts today.

Oscar Pistorius, known as the Blade Runner, won gold medals in the 100, 200 and 400 metre sprints at the Beijing Paralympic Games in 2008 and is the current world-record holder in those disciplines.

Elite-level athletes from the UK and around the world will be competing across Wheelchair Basketball, Athletics and Swimming. In addition, Boccia and Sitting Volleyball will be represented for the first time, with international matches staged during the competition.

Seb Coe, Chair of the London Organizing Committee of the Olympic Games and Paralympic Games said: ‘It’s always such an honour for us to have a world-renowned athlete likes Oscar Pistorius visiting the Olympic Park – he is such an inspiration to people around the world. People who want to come and experience the magic of Oscar Pistorius in 2012 should sign up and register their interest in London 2012 Paralympic Games tickets at www.tickets.london2012.com.

Sir Philip Craven, President of the International Paralympic Committee said: “Oscar Pistorius is one of many star Paralympic athletes who will be lighting up London in just under 500 days time at the Paralympic Games and it is fantastic that he’s had the chance to see the stunning stadium that London has built for the Games.”

Paralympic gold medallist and BT Ambassador Oscar Pistorius said: ‘It was fantastic to visit the Olympic Stadium today – it’s a very impressive venue and I can’t wait to come and compete here in 2012. My goal is to be the fastest man on the planet and I would love to set a new world record here at London 2012. The British public are sport mad and I know they will create a fantastic atmosphere for the athletes.’

Tickets for the London 2012 Paralympic Games will go on sale on 9 September 2011.

London 2012 is encouraging the public to sign up now at www.tickets.london2012.com to learn more about Paralympic sports. 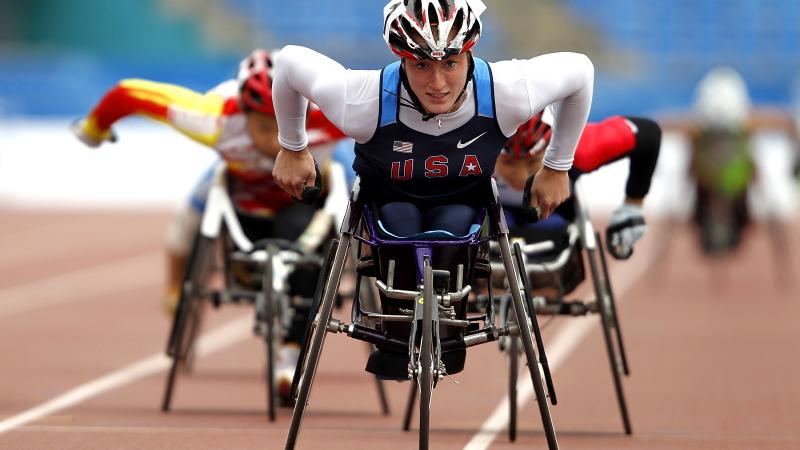