Greece´s two-time Paralympic powerlifting medallist is determined to top the podium for the first time, in Rio. 31 Jul 2016
Imagen 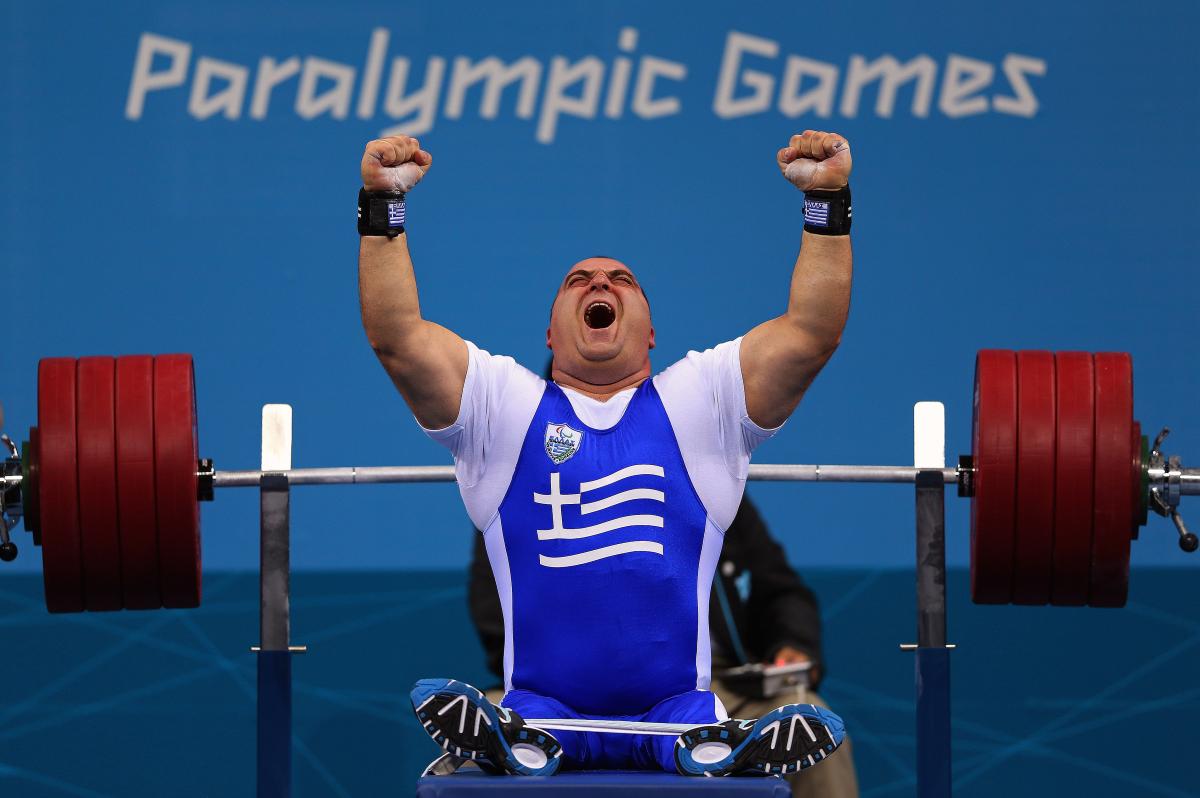 Pavlos Mamalos of Greece reacts as he competes in the Men's -90 kg Powerlifting event.

After winning silver at Beijing 2008 and bronze at London 2012, Greek powerlifter Pavlos Mamalos is determined to take another leap forward and finally claim Paralympic gold at Rio 2016.

The 45-year-old won his first title two years ago, when he topped the podium at the World Championships in Dubai, United Arab Emirates, and has since then shown outstanding form.

Now, he is seeking to build on this momentum ahead of September´s Paralympic Games.

“I have a silver and a bronze medal from the Beijing and the London Paralympics and I would really like to add a gold now to my collection, in Rio,” said Mamalos.

He is hoping to lift more weight than ever before in his career, but remains cautious. Mamalos´ best career lift was in Dubai in 2012, when he hauled 244kg.

“I am not sure if I will be able to do so, it will depend on how I am feeling on the day of the competition,” he said.

Azerbaijan´s Elshan Huseynov, who holds the world record of 243kg in the up to 107kg, and Iran´s two-time Paralympic medallist Ali Sadeghzadeh will be his main rivals in Rio.

“They are definitely my strongest opponents. We are, without any doubt, the world’s three best powerlifters of this class at the moment,” said Mamalos.

“In September we will see who the best is.”

Even though is clear that winning gold is his main aim, the Greek powerlifter wants to focus on performing the best he can.

“I want to have my mind clear the day I compete, do it well and try to lift as much as I can,” he said.

“Hopefully, it will be a good day for me and I will try to reach the best position I can. Whatever comes after a fair and good competition will be satisfying enough for me.”