What was built up as the best night of London 2012 at the track did not disappoint, as many of the top stars won their events. 06 Sep 2012
Imagen 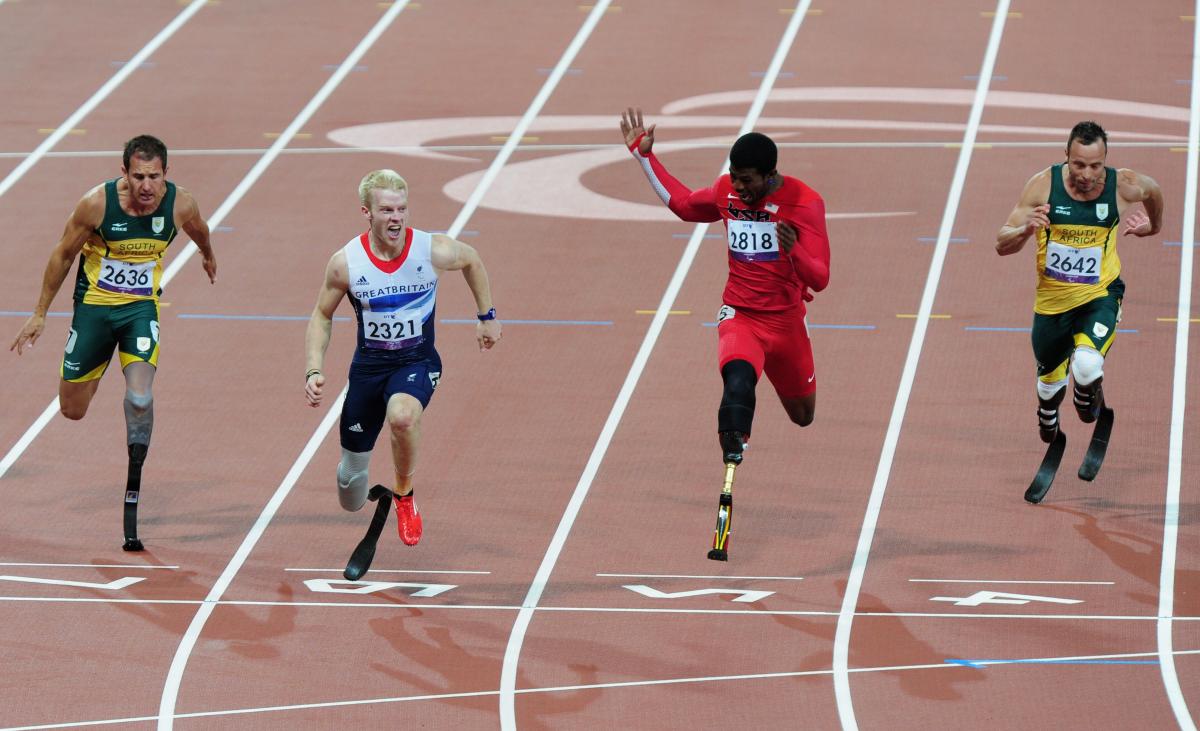 “When you’ve got guys like David (Weir) going out and getting golds you just want to go out and be a part of that.”

Jonnie Peacock rounded off a golden night of glory on the track for Great Britain on Thursdsay (6 September), winning the much-hyped 100m T44, as David Weir and Hannah Cockcroft also secured gold for the host nation.

Peackock, 19, burst into the spotlight when he set a new 100m T44 world record at the US Paralympic Trials in July, but he showed that he really is a man to be reckoned with on the global stage, powering ahead of the field in the last 50m to secure a convincing win with a new Paralympic record of 10.90.

South Africa’s Oscar Pistorius, defending Paralympic champion in the event, finished fourth in a time of 11.17.

“The crowd was so loud they were fantastic, I just tried to stay focused,” Peacock said. “When you’ve got guys like David (Weir) going out and getting golds you just want to go out and be a part of that.”

Weir, the defending 800m T54 champion, picked up his third gold of the Games with a terrific display of strength and determination. Tucked in behind Marcel Hug for the first lap, the 33-year-old attacked round the outside bend in the closing 200m, powering through to victory in 1:37.63.

“It’s just fantastic,” said Weir. “It was a tough one tonight and I had to dig deep in the last 50m.”

Marlou van Rhijn, known as “Blade Babe,” came through impressively in the closing stages of the 200m T44 to add Paralympic gold to her European title. The 20-year-old set a new T43 world record time of 26.18. Marie-Amelie le Fur took silver, with a new T44 world record mark of 26.76.

“I really love the British crowd,” van Rhijn said. “They were amazing. It really helped me go on to do my best."

World and Paralympic record holder Hannah Cockroft had earlier secured Britain’s first track gold of the evening in the women’s 200m T34, dominating the race from start to finish. European silver medallist Amy Siemons had to settle for second place once again.

“I train really hard,” said Cockroft, winner of the 100m on Friday (31 August). “I don’t know how much the other girls train and I’ve been on a special diet for 18 months and that’s been a killer, so that’s getting broken tonight. I’ve pretty much given up my life for two gold medals but it’s worth it.”

There were plenty of world records for the crowds to enjoy too. In the men’s 400m T12, Mahmoud Khaldi stormed past Hilton Langenhoven in the home straight to take gold in world record time, clocking 48.52.

French world champion Assia El Hannouni added to her Paralympic gold medal tally with an impressive victory in the 200m T12, driving through strongly to break her own world record with a time of 24.46. With victory in the 400m T12 already under her belt, the 31-year-old retires from the sport having retained the two titles she won in Beijing.

A new world record also fell in the women’s 200m T38, as Chen Junfei blistered through the field to add gold to the two silvers she has already won in London.

Roman Pavlyk came out on top in a hard fought battle in the men’s 200m T36, finishing seven hundredths of a second clear of three-time Paralympic champion So Wa Wai, who had to settle for silver.

Evgenii Shvetcov stormed through in the final 150m to take gold ahead of his compatriot Artem Arefyev in the 800m T36. Victory for Shvetcov brought a remarkable hat trick of golds for the 24-year-old who had already won the 100m and 400m T36.

Zhao Xu and Raciel Gonzalez Isidoria battled it out for victory in the men’s 100m T46 but it was the Chinese sprinter who dipped first to take gold. “I feel very excited,” said Zhao. “I have been training for this for ten years.”

World champion and world record holder Omara Durand showed just how much class she has over 100m as she pulled away from her rivals to take victory in the 100m T13 with a new Paralympic record time of 12.00. Ilse Hayes, second in Beijing four years ago, was runner-up once again.

In the women’s 200m T53 Lisha Huang successfully defended the title she won in Beijing, going off swiftly at the gun and holding off the rest of the field to record a new personal best.

In the shot put F46, Nikita Prokhorov set a new world record mark of 15.68m on his way to victory. 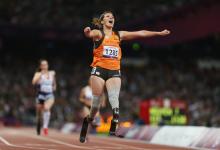 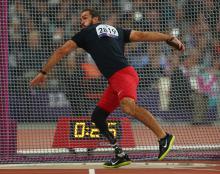