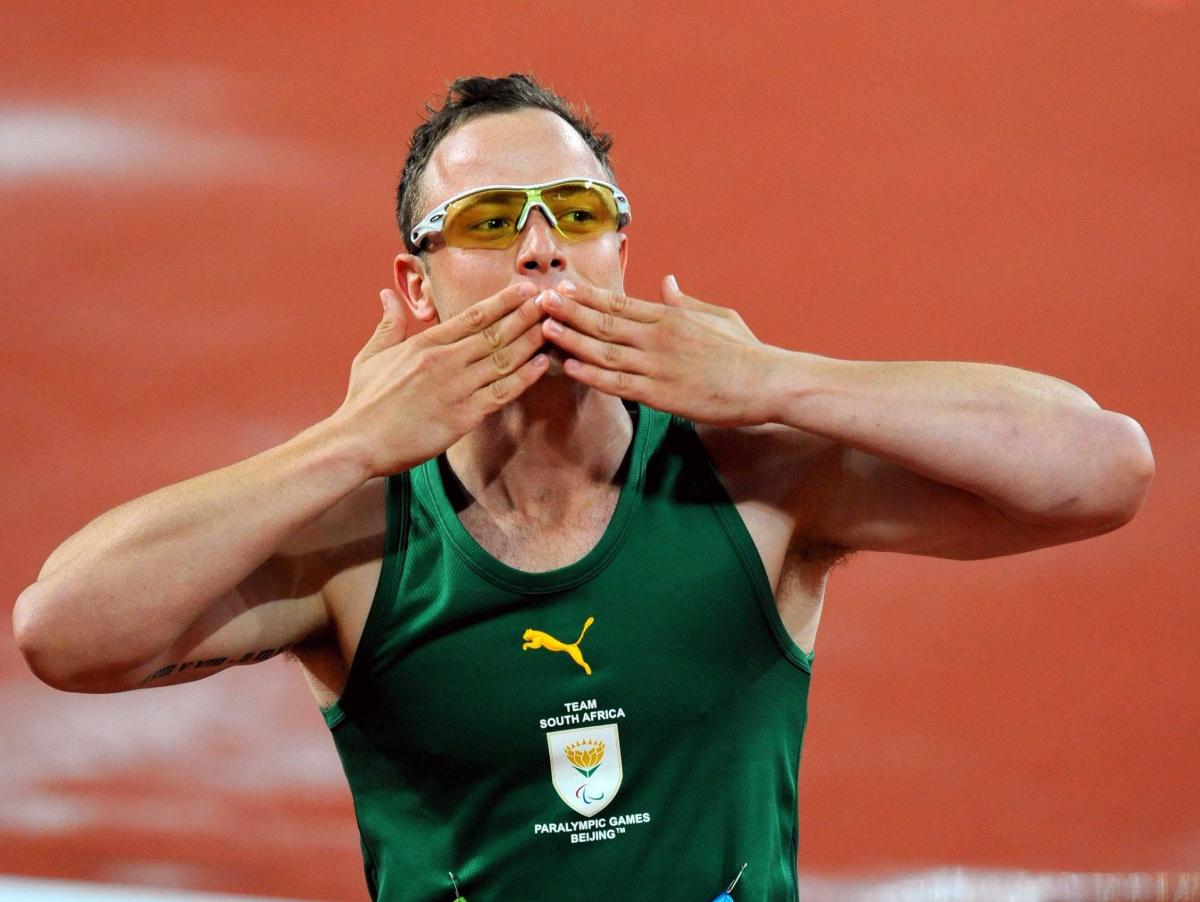 South Africa’s Oscar Pistorius needed every metre of the Queen Elizabeth II athletic track to run down American Jerome Singleton and deliver his country the cherished F42-46 4x100m title at the IPC Athletics Championships in Christchurch.

The two stars of the 100m dash anchored their teams, the Americans in the inside lane and the South Africans in lane eight.

The Americans gave Singleton a slight advantage at the final change and with 40m to run he still held the advantage, but the world’s most famous paralympian has not won his reputation lightly.

After winning the 400m this morning he said that the relay was the event that excited him the most, and the way the South African’s celebrated after, he was not the only one in the team that was believing in something special.

Pistorius was again all class in the T44 400m. Back to a more familiar distance and despite the blustery conditions, he still set a new championship record of 48.37secs in defeating Germany’s David Behre (51.40sec) and David Prince (52.35) of the United States.

American Tatyana McFadden could not have been more impressive in totally dominating the women’s 400m T54 field to win by more than two seconds in 54.88secs from Canadian Diane Roy and Switzerland’s Manuela Schaer.

The first world record of the day was in the women’s discus F35/36 where Mariia Pomazan threw 28.73m (1073pts) to smash the old record by more than three metres. Silver went to Poland’s Renata Chilewska (25.22m, 994 pts) with Katherine Proudfoot (Australia) taking the bronze with a championship record for the F36 class of 24.52m 958pts.

It was not until late in the afternoon before Algeria’s Nassima Saifi (40.99) set another world record when she surpassed her old mark in the F57/58 women’s discus. Silver went to Stela Eneva (BUL) with a throw of 39.84 while bronze medal winner Nadia Medjmedj (Algeria) set a championship record for her F57 class with her 29.60m throw.

The men’s 200m T12 fell to the Poland’s Mateusz in 22.02secs with Luis Goncalves (Portugal) getting the silver in 22.57secs and Maximiliano Rodriguez (Spain) taking the bronze in 22.84secs.

Bethaney Woodward surprised herself with a win in the women’s 400m T37 in a personal best of 1:09.21secs. The silver went to Ukraine’s Maryna Snisar (1:09.94) with the Russian, Anastasiya Ovsyannikova, finishing third in 1:10.26secs.

Slovakia’s Tatjana Majcen set a championship record for the F54 class but had to settle for silver behind Germany’s Marianne Buggenhagen in the women’s shot put F54/55/56. The German won with a throw of 8.48m 964pts with Majcen throwing 6.64m 957 pts. Czech Republic’s Eva Kacanu was third with a throw of 6.34m 911 pts.

A new championship time was set in the women’s 400m T13 with Cuban Omara Durand spread-eagling the field to win handsomely in 54.87sec, ahead of Tunisia’s Somaya Bousaid and Morocco’s Sanae Benhama (57.44).

Paul Blake (Great Britain) went one better than his silver of the other day in the men’s 400m T36 in 56.93secs. Andrey Zhirnov (Russia) was second in 58.03secs with Roman Pavlyk (Ukraine) taking bronze 58.80sec.

In total 52 World records and 128 Championship records have been set over the seven days.