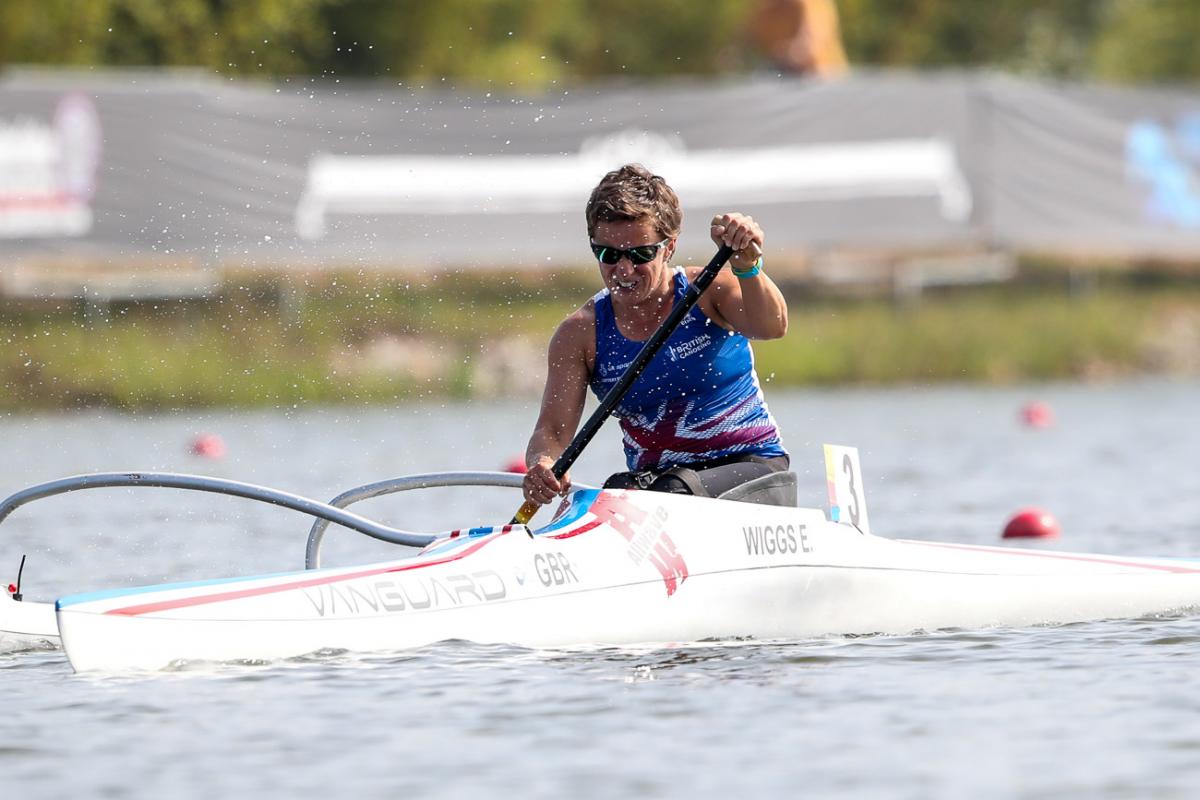 Wiggs fought through the pain of a badly injured wrist to win the women’s VL2, one of the three new Paralympic events contested on Saturday.

But the Brit, who lost her KL3 world crown to teammate Charlotte Henshaw earlier in the week, was playing down the significance of her injury.

“I’m just proud to have sat on the start line and delivered the best I possibly could, and today that was good enough for gold,” Wiggs said.

“It’s really irrelevant, injuries. If you line up on the start line, then you are there to race with whatever you’ve got.

“Obviously the silver medal was disappointing, everyone wants to lay down their best and hope that’s good enough to win. But I can’t really be unhappy, it helps that it’s my teammate on the top spot.”

Australia’s McGrath picked up his second gold medal in as many days and his eight of his career when he triumphed in the men’s VL3.

McGrath raced in an eye-catching new boat which measured considerably shorter than other boats in the field.

“It’s a metre and a half shorter than everyone else’s boat here, so it’s a very different shape. I think there are a few little tweaks I’d like to see before Tokyo, but it looks good in the water and it’s doing the job for me.

“It’s nice to be able to do two boats, it keeps it stimulating and exciting at the same time.”

The most emotional of all Saturday’s Paracanoe gold medallists was Brazil’s Igor Tofalini, who overcame his teammate Luis Silva to win the VL2, his first ever world title.

Complete results can be found on the International Canoe Federation's website.