China, Egypt, Iran and Nigeria will all be the favourites in powerlifting on Day 5. 03 Sep 2012
Imagen 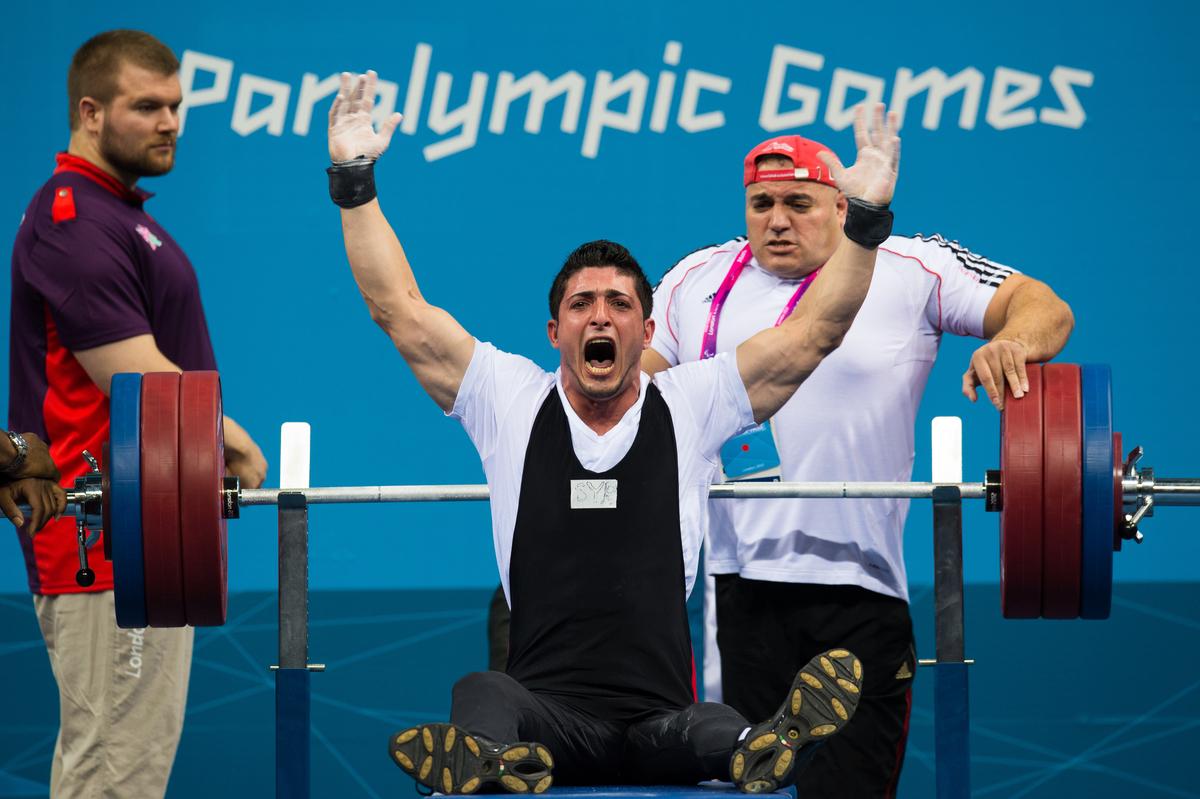 Powerlifting is one of 20 sports contested at the London 2012 Paralympic Games.

"The thing that gets me is when the national anthem plays and your flag is there in the middle, in first place, and everybody stands and sings.”

During Day 5 at the ExCeL, medals will be decided in the women’s -67.50kg, women’s -75kg and men’s -75kg categories. The powerhouse nations of China, Egypt, Iran and Nigeria will be expecting to add to their individual medal hauls in what is set to be a thrilling day of powerlifting.

Souhad Ghazouani will begin as the favourite in the day’s first event. The French woman topped qualification round with a lift of 147kg.

Ghazouani holds the world record in the women’s -60kg and women’s -67.50kg categories and has previously stated that she competes only to win.

“I go to the Paralympics to win gold, for France and for myself."

She said: “The thing that gets me is when the national anthem plays and your flag is there in the middle, in first place, and everybody stands and sings."

China’s Tan Yujiao is likely to secure the silver medal. The 21-year-old will have to be at her best to challenge Ghazouani for the gold, but can still expect to finish on the podium.

The dark horse of the category is Victoria Nneji. The Nigerian will be hoping to add to her country’s outstanding results in the powerlifting at the London 2012 Paralympic Games with a medal.

Thailand’s Arawan Bootpo and Morocco’s Khadija Acem should not be discounted as the pair could challenge if they are at their finest.

Folashade Oluwafemiayo could deliver Nigeria another powerlifting gold, as the 37-year-old will likely be in a class of her own.

Taipei’s Lin Tzu-Hui does however pose a threat to the Nigerian having lifted just two kilograms less in qualifying for the Games.

Lin is the reigning Paralympic champion in the category having won gold at both the 2004 and 2008 Paralympic Games, a success she will be keen to repeat.

China’s Fu Taoying and Egypt’s Amany Ali will battle for the bronze medal in what promises to be a well contested category.

Fu, meanwhile, could secure the unique achievement of winning a medal in four different categories at four different Paralympic Games. She won gold in Sydney, Athens and Beijing and although she is unlikely to match that effort in London, a medal would reinforce her status as a powerlifting great.

Iran’s veteran powerlifter Ali Hosseini will be hoping to make it third time lucky in the day’s final event.

He has made it his target to win gold at London 2012, a feat which is well within his grasp.

His nearest challenger is Egypt’s Mohamed Elelfat, who will have to raise his game in order to threaten Hosseini.

The fight for the bronze medal could prove to be a close one, with Russia’s Sergei Sychev, China’s Hu Peng and Poland’s Wawrzyniec Latus all in contention to finish on the podium.