After missing out on the world title to Mutaz Aljuneidi in April, Solhipouravanji scooped Asian Para Games gold and the world record on Wednesday. 22 Oct 2014
Imagen 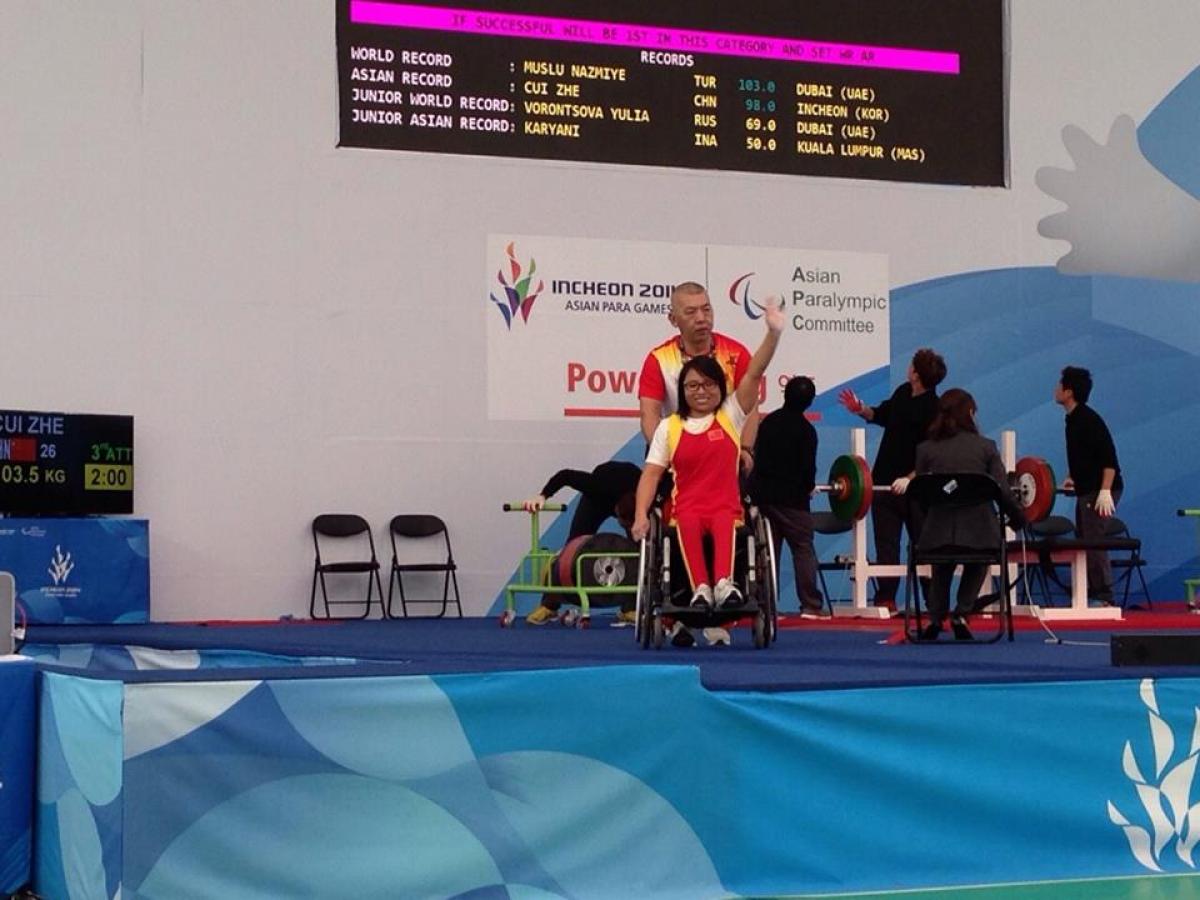 In a rematch of their duel from April’s World Championships, Solhipouravanji produced a second round lift of 226.0kg to beat Jordan’s world champion Mutaz Zakaria Daoud Aljuneidi (220.0kg) in to silver.

Buoyed on by his success, 24-year-old Solhipouravanji then lifted 229.5kg in the fourth round to add 0.5kg to Aljuneidi’s world record set in April.

In the women’s up to 73kg class, Thailand’s Arawan Bootpo claimed gold and a new Asian record with a third round lift of 116.0kg. Her lift was 1.0kg more than the previous record set by Indonesia’s Nurtani Purba two years ago.

Despite failing with two attempts at 237.0kg to break his own world record, China’s world champion Xiaofei Gu still took the title in the men’s up to 80kg class.