Powerlifters set to raise the bar

The first day of powerlifting competitions starts with a line-up of champions. 30 Aug 2012
Imagen 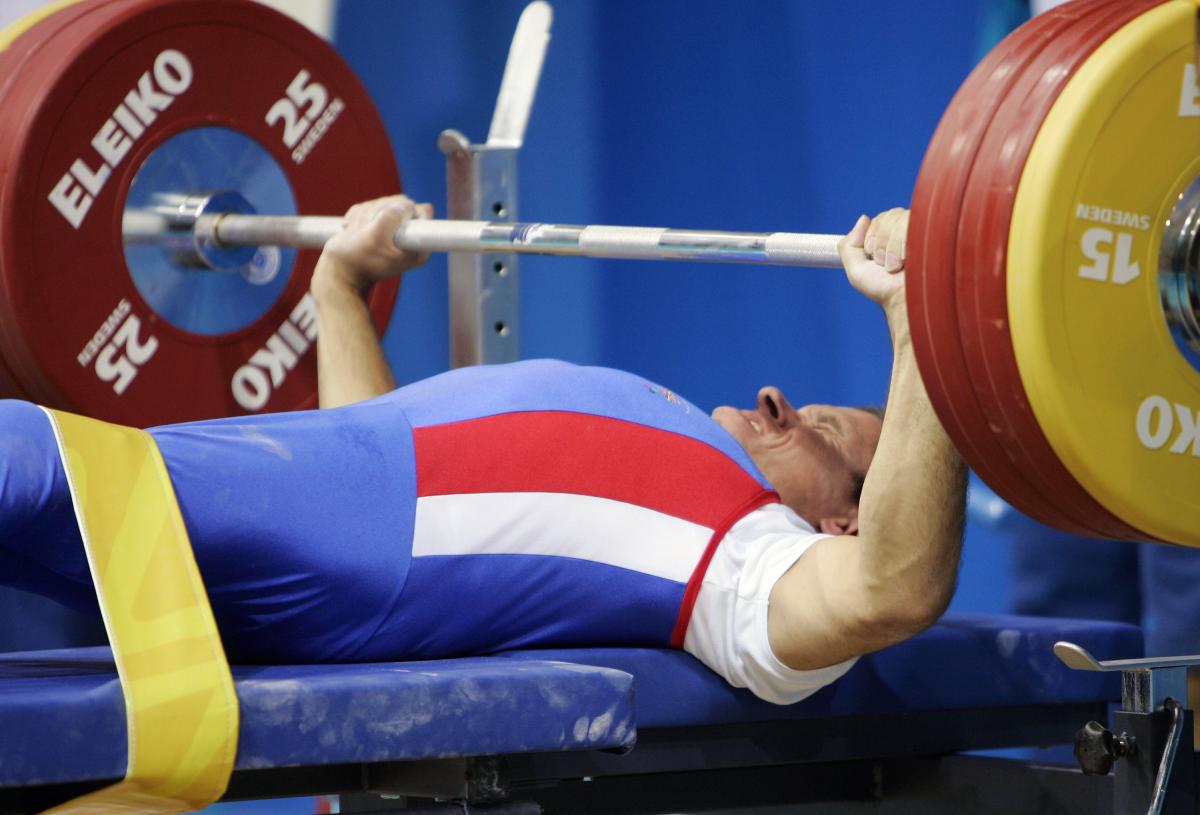 The favourite for the first powerlifting gold medal is Yakubu Adesokan of Nigeria, world number one on the rank.

The first powerlifting events of the 2012 Paralympic Games begin at the ExCeL Arena on Thursday (30 August) with British hopefuls Anthony Peddle and Zoe Newson in action in the men’s 48kg and women’s 40kg categories respectively.

Peddle, competing in his seventh Paralympics, will be hoping to emulate the form which saw him capture a gold medal at the 2000 Paralympic Games in Sydney.

The self-coached athlete made his debut at the 1988 Paralympic Games in Seoul and has made it his goal to win a medal in London.

The favourite for the first powerlifting gold medal of the Games is Yakubu Adesokan of Nigeria. The world number one ranked lifter qualified with ease after lifting a world record weight of 177kg at the Fazza International Powerlifting Competition in Dubai, United Arab Emirates.

Adesokan won a gold medal at the 2010 Commonwealth Games in Delhi, India and will be expected to win gold in London.

Eay Simay of Laos, bronze medallist in the category at the 2008 Paralympic Games, could also pose a threat to medal challengers.

Japan’s Hiroshi Miura was inspired to compete by the 2004 Paralympic Games. The 47-year-old has made it his aim to finish in the top six in London.

Ukraine’s Anatolii Mykoliuk, France’s Patrick Ardon and Uzbekistan’s Yashin Shoberdiev complete the line-up in what promises to be an excellent opening event of powerlifting.

Zoe Newson, a home favourite with the British crowds, is set to compete in her first Paralympic Games and is intent on enjoying the experience.

"I’m not concentrating on medals, all I’m focused on is getting a personal best and doing the best I can," she explained.

The overwhelming favourite to win the gold medal is Nazmiye Muslu of Turkey, the world number one.

The world record holder finished fourth in the same category at the 2008 Paralympic Games and will be hoping to win the gold medal this time round. Her current world record of 106.5kg is over two-and-a-half times her bodyweight.

The only other athlete on the start list to achieve the feat of lifting over 100kg is China’s Zhe Cui, who is the most likely to challenge Muslu. Cui was a silver medallist in the category at the 2008 Paralympic Games. Originally a para-athlete in badminton, Cui took up powerlifting in 2003 after her badminton training partner also took up the sport.

Syria’s Noura Baddour, ranked number two in the world, is also set to challenge for a medal.

Ukraine’s Maryna Kopiika took up the sport of powerlifting after her coach, Alexander Alferov, went to the orphanage where she lived and encouraged her to try it. Kopiika’s ambition is to win a gold medal at the Paralympic Games.