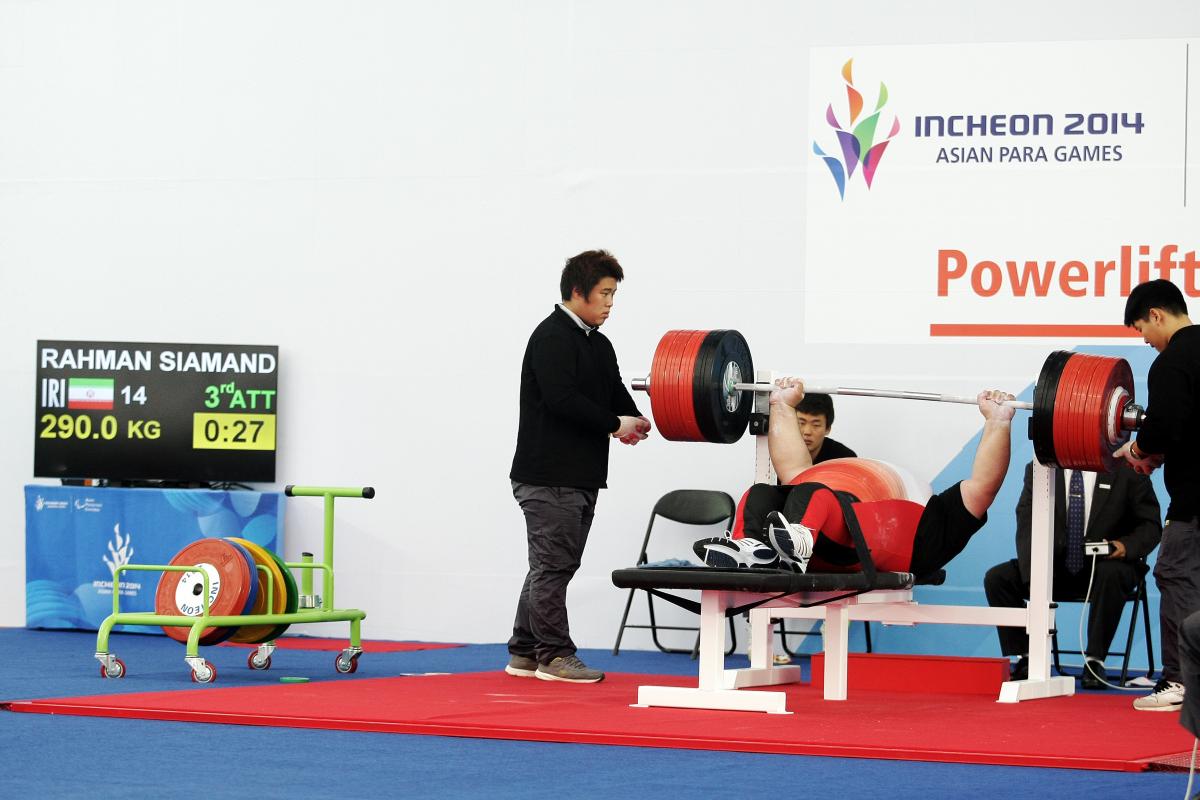 Although he broke his own world record in Dubai with a lift of 285.5kg, the 26-year-old’s best lift of the year came in Incheon as he lifted a colossal 292.0kg, roughly the weight of eight baby zebras!

A precious few moments for Orji

At April’s World Championships, Precious Orji had the crowd in joyous raptures as she broke her own world record three times in the women’s up to 86kg class. She eventually lifted 151.0kg, 9.0kg more than her previous best, to win Nigeria’s fifth and final gold of a highly successful event.

Great Britain’s Ali Jawad described his world record lift of 190.0kg to win the men’s up to 59kg class world title as “career defining”. For his achievements, the 25-year-old was voted the Allianz Athlete of the Month for April.

A Hu-ge improvement in Incheon

After only finishing fifth at the World Championships in the women’s up to 45kg class, lifting 90.0kg, China’s Dandan Hu showed a dramatic improvement by the time of the Asian Para Games.

Her world record lift of 99.0kg was good enough to win gold and break the six-month-old world record of 97.5kg set in Dubai by Egypt’s Zeinab Oteifty.

Sherif shows who is boss

In winning the world title in the men’s up to 54kg class in Dubai, Othman broke the world record not once, but a staggering four times on his way to gold.

During the course of four mesmerising lifts, the 31-year-old added 24kg to his original year-old world record of 181.0kg.

In terms of bodyweight to lift ratio, Othman is technically the world’s strongest Paralympian.

A monumental lift for Brazil

Although Marcia Cristina Menezes’ lift of 116.0kg in the women’s up to 79kg class at April’s World Championships was not good enough to win her gold, it did mark a major breakthrough for the sport in Brazil.

In winning bronze, the 46-year-old won Brazil’s first ever World Championships medal, a great achievement and great sign of progress ahead of the Rio 2016 Paralympic Games.

Comeback of the year

After missing most of 2013 through a serious shoulder injury, Mexico’s Paralympic champion Amalia Perez made an impressive comeback in Dubai taking gold in the women’s up to 61kg.