Preview: US Paralympic Team Trials for track and field

Around 200 athletes will be in action in Charlotte with places for the Rio 2016 Paralympic Games up for grabs. 29 Jun 2016
Imagen 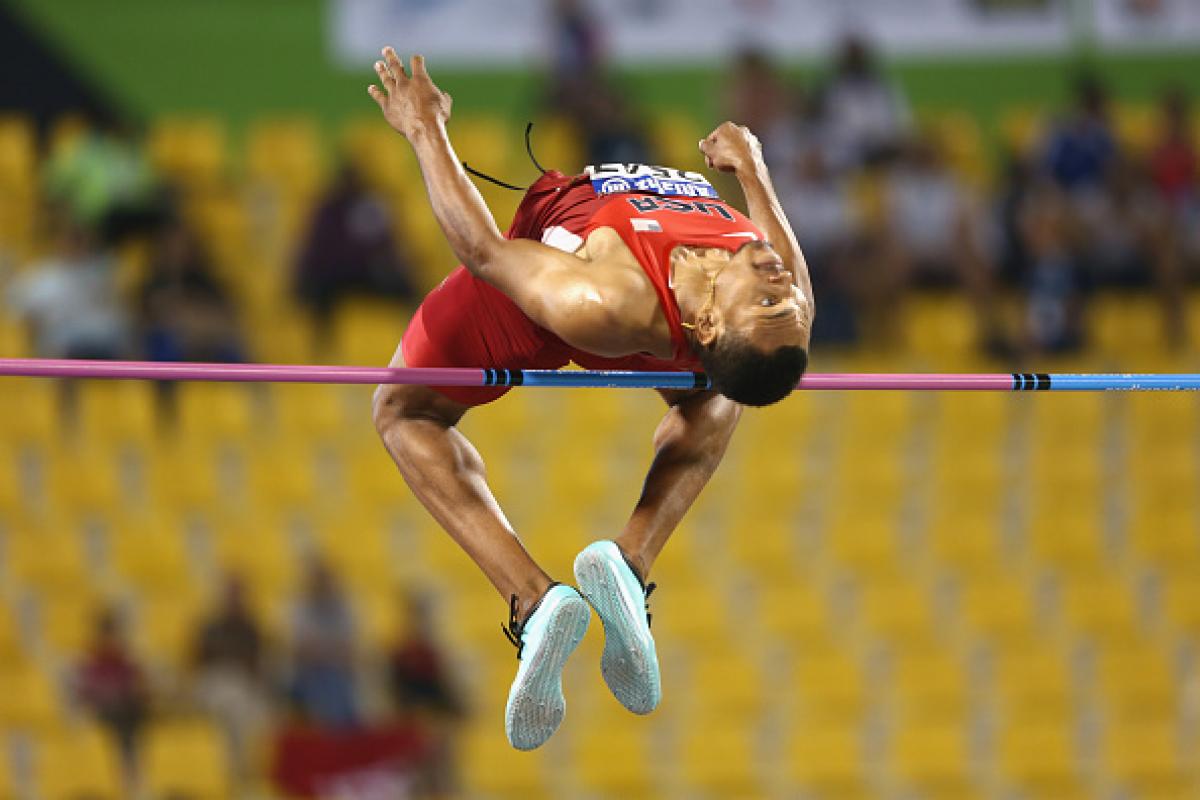 Roderick Townsend-Roberts of the United States competes in the men's high jump T47 final at the 2015 IPC Athletics World Championships in Doha, Qatar.

Four years of training and preparation will culminate at this week’s 2016 US Paralympic Team Trials – Track & Field for 201 athletes who will vie to wear the red, white and blue this summer in Rio de Janeiro, Brazil.

Charlotte will host one of the largest fields in US Paralympics Track & Field Trials history as Paralympians, world champions and newcomers line up next to each other from 30 June – 2 July at Johnson C. Smith University.

With an action-packed three days of events, here are a few of the key competitions to look forward to in Charlotte:

Opening the evening session on the first day of competition, Rachael Morrison and Cassie Mitchell will go head-to-head as the two front runners in the women’s club throw. Morrison is the world silver medalist and world record holder in the event. Paralympian Mitchell took third at August’s Parapan American Games behind Morrison. Mitchell’s 2012 Paralympic teammate Zena Cole will also make her return to competition after May’s Desert Challenge Games to contest for gold.

A combined T43/44 event will bring out a stacked group of Rio hopefuls including world silver medallist Hunter Woodhall. Several Paralympians also highlight the group, including David Prince, Jerome Singleton and Blake Leeper. Do not discount up-and-comers A.J. Digby and Nick Rogers from making a run at the crown.

Deja Young had a breakthrough performance, winning gold and silver at the 2015 IPC Athletics World Championships, her first international competition as part of Team USA. Now she will seek to repeat her success against Megan Absten, Jasmine Rowe and Amy Watt.

Roderick Townsend, the T46 world champion, will save the best of his events for last as he will face a deep pool in the men’s high jump event. Other competitors include Townsend’s three-time Paralympian mentor Jeff Skiba, T42 world champion Sam Grewe, Paralympian Tobi Fawehinmi, 2015 US Paralympics High School Field Athlete of the Year Garrison Hayes and Ming Davis.

A talented women’s group will look to make a name for themselves in the discus as F44 world champion Natalie Bieule highlights the event with emerging athletes Emily Frederick, Lauren Gates, Jessica Heims, Kamee Mayfield and Fawn Washington.

As the world record holder for the visually impaired class, David Brown is the top contender to break the tape first, though not without competition from fellow world champion in the long jump Lex Gillette, Tanner Gers and Gianni Toce.

One of the most highly-anticipated events of the competition with former world record holder Jarryd Wallace starting as the slight favourite. Wallace posted a mark of 10.71 to retain his Parapan American Games title last August and has been in great form in 2016 consistently running under 11 seconds. He can expect strong competition however from Singleton, Prince and Trenten Merrill for the top spot.

Tatyana McFadden, who is aiming to race a record seven events in Rio, leads an all-star line-up of women’s wheelchair racers in the 1,500m before the 4x400m relay later that evening. University of Illinois teammates Chelsea McClammer, Amanda McGrory, Susannah Scaroni and three-time Paralympian Shirley Reilly will all feature.

Trials will mark another great chapter in the Jeremy Campbell and David Blair rivalrous saga. For eight years, Campbell has dominated the men’s F44 class, winning discus gold at the last two Paralympic Games and World Championships. Newcomer Blair burst onto the scene in 2015, taking silver at the World Championships before smashing Campbell’s world record throw by 15cm in May to set a new mark of 63.61m.

The 2016 US Paralympic Team Trials – Swimming and Track & Field are being held in Charlotte, North Carolina, 30 June – 2 July, and are hosted by Partners for Parks. Thanks to support from The Coca-Cola Company, BP, and Deloitte, the multi-sport Trials feature more than 400 athletes who are competing for a chance to qualify for the Rio 2016 Paralympic Games. All events are free and open to the public.