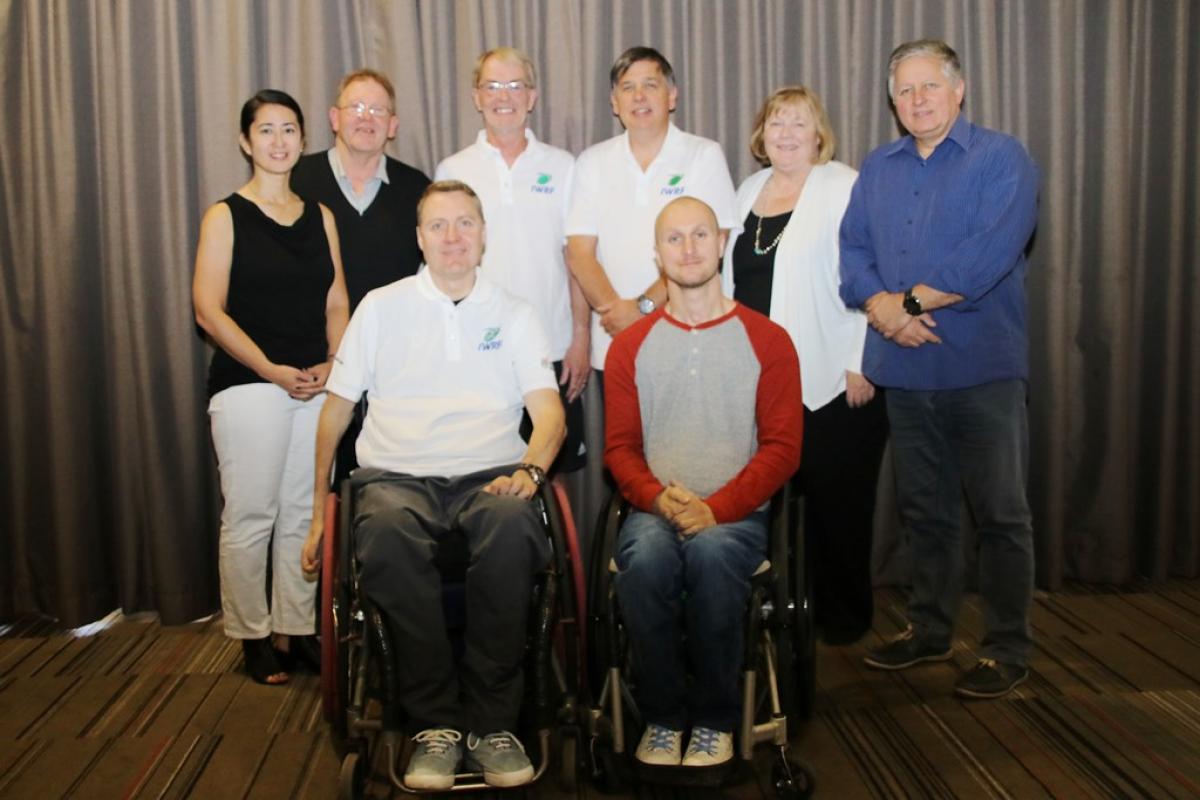 The IWRF Board of Directors including (front L) Richard Allcroft

Richard Allcroft has been elected the new President of the International Wheelchair Rugby Federation (IWRF) following the federation’s General Assembly held during the 2018 World Championship that finished 10 August in Sydney, Australia.

Allcroft, from Great Britain, replaces John Bishop, who stepped down after eight years in the position. He becomes the first IWRF President from outside North America, with predecessors Pawel Zbieranowski (Canada), Brad Mikkelsen (USA) and Bishop (USA) previously holding down the role.

“I’ve been involved internationally since about 2010 and I’ve really enjoyed it, just understanding the international landscape, particularly our partnerships with the International Paralympic Committee and World Rugby,” Allcroft said. “We’re at a very exciting time for the sport. You only need to look at the World Championship we’ve just had and the excellent level of competition throughout.”

Outgoing President Bishop said: “Richard has extensive experience in the sport; he’s served in many different roles and has been a Board member since 2012. He’s very well-qualified and has lots of great ideas. I feel very comfortable that the IWRF is going to be in fantastic hands going forward.”

More on the IWRF’s General Assembly can be found on their website.

Trio inducted into Hall of Fame

Inaugural IWRF President and founder Pawel Zbieranowski, along with former Canadian star Garett Hickling and Australian low-pointer Nazim Erdem were all inducted into the sport’s Hall of Fame during the 2018 Worlds.

The trio join Duncan Campbell – one of the original creators of the sport – who became the first inductee in the Hall of Fame following the Canada Cup in June.

More about Zbieranowski, Hickling and Erdem can be found on the IWRF’s website.