A series of Americas Championships gold medallists and lifters from around the world will get the chance to compete in the venue for the upcoming Paralympics. 20 Jan 2016
Imagen 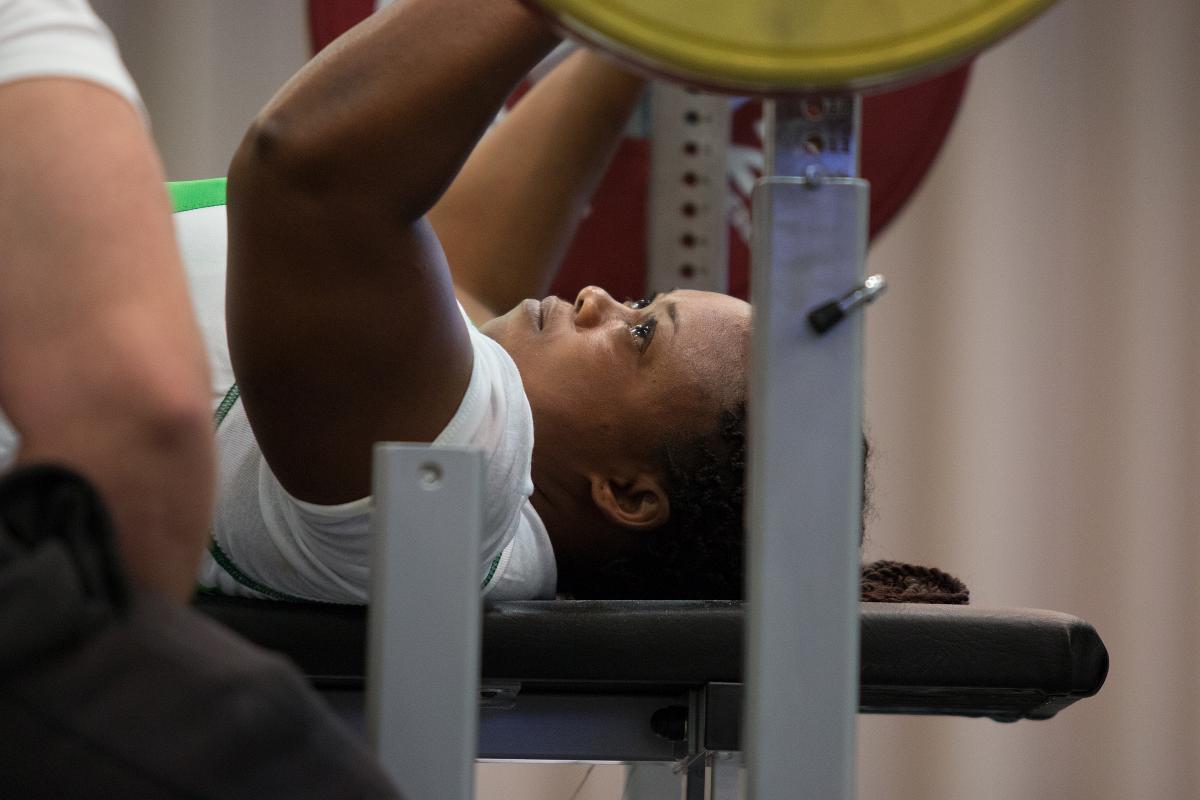 Nearly 60 powerlifters from 20 countries will get the chance to compete at the venue for the Rio 2016 Paralympic Games from Thursday (21 January), as the IPC Powerlifting World Cup acts as the official Test Event for the coming Paralympics.

All the action between 21-23 January from the Arena Carioca 1 will be shown live at the IPC Powerlifting website.

A number of Mexico City 2015 Americas Open Championships medallists have made the journey to Rio de Janeiro.

On day one, Chile’s regional title holder Juan Carlos Garrido will go up against teammate Jorge Carinao in the men’s up to 59kg.

Carinao has moved up from the men’s up to 54kg where he is the Americas record holder.

Cuba’s Leydi Rodriguez is one to watch having won silver in Mexico City in the women’s up to 41kg. Rodriguez also set a new Americas record on her way to gold at the Toronto 2015 Parapan American Games.

“I'm really anxious,” said Rizonaide. “I can't wait to compete and improve my best result, 79kg. My goal for the World Cup is around 80kg, but that's something I'll know if I can get during the competition. But I'm confident I can do it, I trained hard to get it. I'm injury free and psychologically I'm doing great.”

In the men’s up to 72kg on day two (22 January), Colombia’s Jainer Rafael Cantillo returns to the bench after winning gold in Mexico City with a new Americas record of 201kg.

His closest competitor in Rio will be Nicaragua’s Fernando Jose Acevedo Gonzalez, who finished with silver when the pair met at the Americas Championships.

Brazil’s Evanio da Silva is the Americas champion and regional record holder who also features on 22 January in the men’s up to 80kg.

However US teammates Shafik Ahmed and Jacob Stearns Jr. will be pushing da Silva all the way, having collected silver and bronze respectively in Mexico.

Ahmed’s compatriot Jacob Schrom has his own face-off in the men’s 88kg. As the regional champion, he will be defending his status against Cuba’s Oniger Jesus Drake Vega who secured silver in Mexico. However Vega left Toronto 2015 with the gold.

The women’s up to 67kg, up to 79kg and up to 86kg and over 86kg will be combined into two medal events on the concluding day of competition (23 January).

On the men’s side, Brazil’s Joseano Felipe is the favourite in the up to 107kg as the regional champion and record holder.

“Just being inside an arena in the Park is exciting. I can't wait to see it. We're already living the Paralympics.”

As Americas Championships medallists, Colombia’s Fabio Torres in the men’s up to 97kg and Brazil’s Jose Silva in the over 107kg are the big names to look out for.

The IPC Powerlifting World Cup in Rio de Janeiro is the first of three to take place in 2016. The next edition will take place from 15-19 February in Dubai, United Arab Emirates, followed by Kuala Lumpur, Malaysia, from 24-28 February.

All three World Cups will allow athletes to increase their Paralympic rankings for Rio 2016.