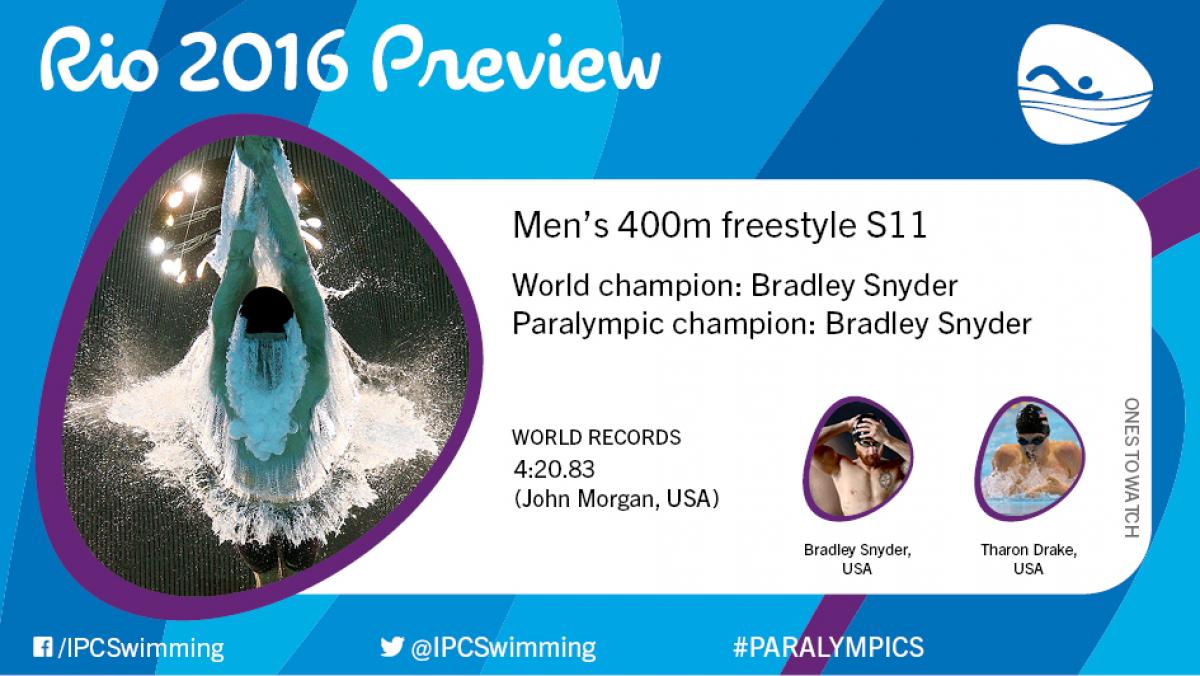 The USA’s two-time Paralympic and three-time world champion Bradley Snyder will dive into the pool to retain his title and add another medal to his stack on Saturday (10 September).

The 400m freestyle is Snyder’s favourite event, having won gold at London 2012 exactly one year after losing his sight whilst on duty for the US Navy in Afghanistan.

Snyder, who also won the title at the 2015 World Championships, will face strong competition in Rio from his compatriot Tharon Drake. Drake is the current world No.2 in the 400m freestyle and came in third behind Snyder at the World Championships.

Brazil’s world No. 3 Matheus Sousa touched in first at the 2016 European Open Championships and looks like a strong candidate for the podium as well. 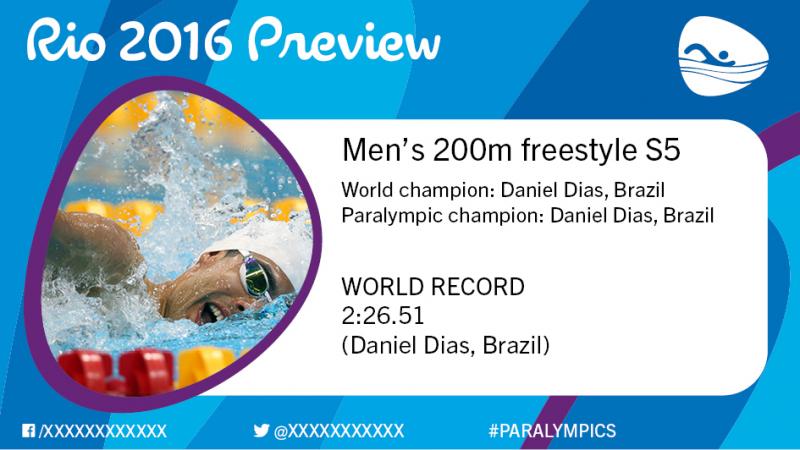