Featuring the much anticipated debut of Ukraine’s Oleksii Denysiuk, this competition will be the second pistol event of Rio 2016. 13 Aug 2016
Imagen 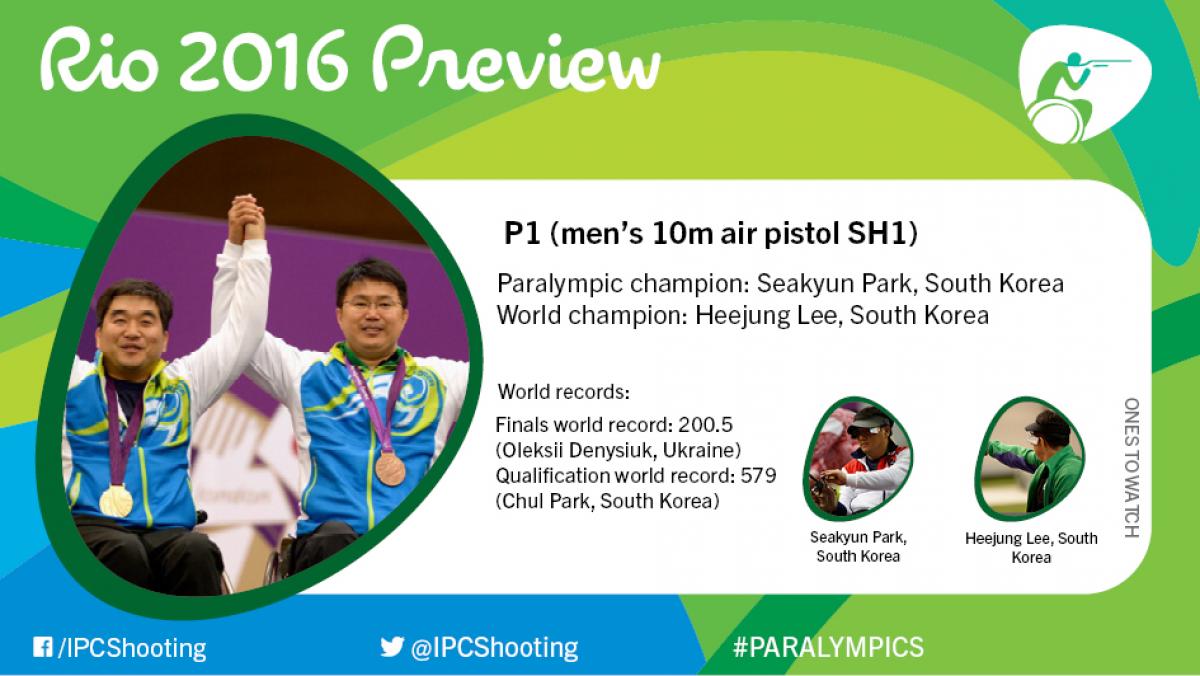 For an athlete that only made his debut in 2015, Ukraine’s Oleksii Denysiuk has made quite an impact on the international shooting Para sport circuit.

The P1 (men’s 10m air pistol SH1) is his most successful event, with five medals from IPC Shooting World Cups including two golds.

Turkey’s Cevat Karagol also finished on the podium at the World Championships.

Catch shooters in action in P1 on day two of competition (9 September) at the Olympic Shooting Centre.