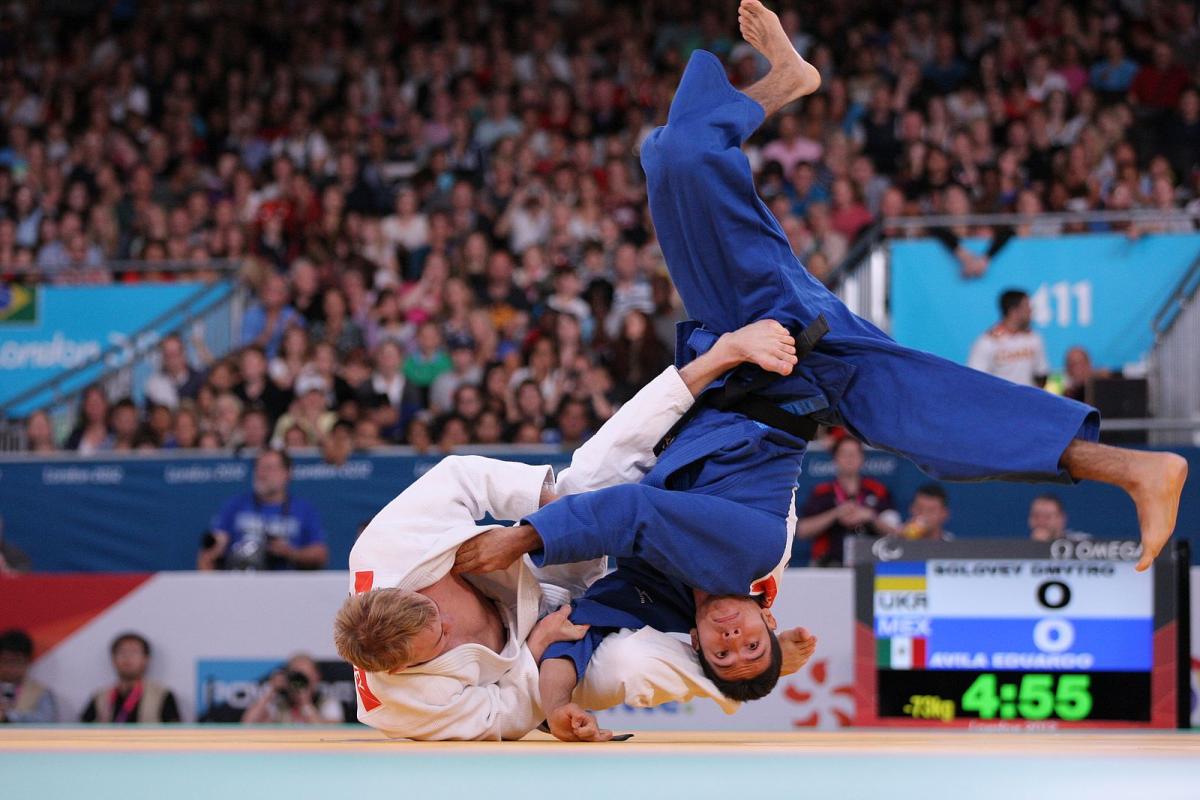 Dmytro Solovey of Ukraine (white) defeated Eduardo Avila Sanchez of Mexico in their -73kg semi-final match on his way to the gold medal at the London 2012 Paralympic Games.

Ⓒwww.photo-hartmann.de
By Nico Goda | For the IPC

Russia was hard to bring down at the International Blind Sports Federation (IBSA) World Games and Judo World Championships, as the nation topped the table with seven medals during the 10-day competition, which concluded on 18 May in Seoul, South Korea.

Russia’s judoka got off to a good start, as Stepaniuk defeated her Ukranian rival Nataliya Nikolaychyk to take the top prize. On the same day (14 May), compatriot Kalyanova overcame Arina Kachan from Belarus to add another gold medal for her country.

Ukraine got their revenge on the men’s side that day, as Dmytro Soloyev (under 73 kg) took down Russia's Shakhban Kurbanov for the win.

But the Russian men saw success in the over 100 kg division, with Gaidarov defeating Great Britian’s Jack Hodgson for the gold medal.

The season continued to look bright especially for Jung Min Lee and Ha Na Seo, who both claimed their second gold medals of the season following wins in February’s World Cup in Eger, Hungary.

Lee overpowered Uzbekistan’s Sharif Khalilov in the men’s under 81 kg, while Seo got the better of Ukraine’s Inna Cherniak in the women’s under 57 kg category.

South Korea’s third gold came from Song Lee Jin in the women’s under 63 kg. Jin was able to keep Russia from a fourth gold by beating Olga Pozdnysheva.

But Korea’s Gwang Guen Choi continued to struggle. In a rematch of the World Cup in Hungary, the London 2012 Paralympic champion fell to Uzbekistan’s Shirin Sharipov in the men’s under 100 kg – a similar outcome to February’s result.

Ukraine improved on their fourth-place finish at the World Cup by taking third in the medal standings with nine medals (two golds).

In addition to Solovey’s win, Svitlana Chepurina added the other gold in her victory in the women’s under 70 kg. 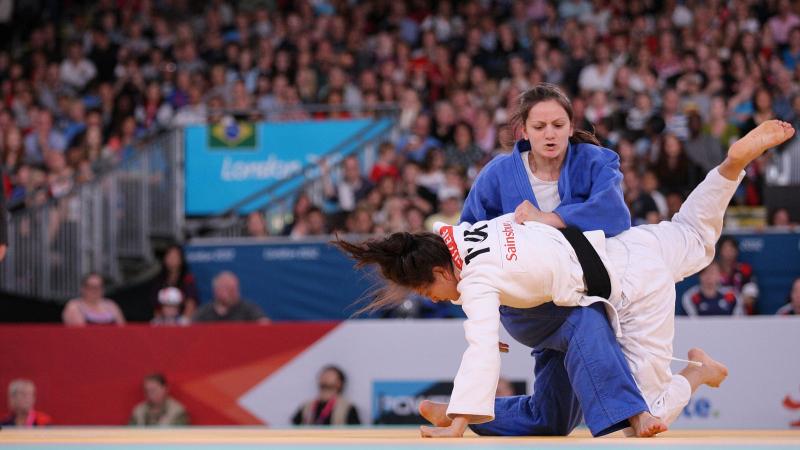 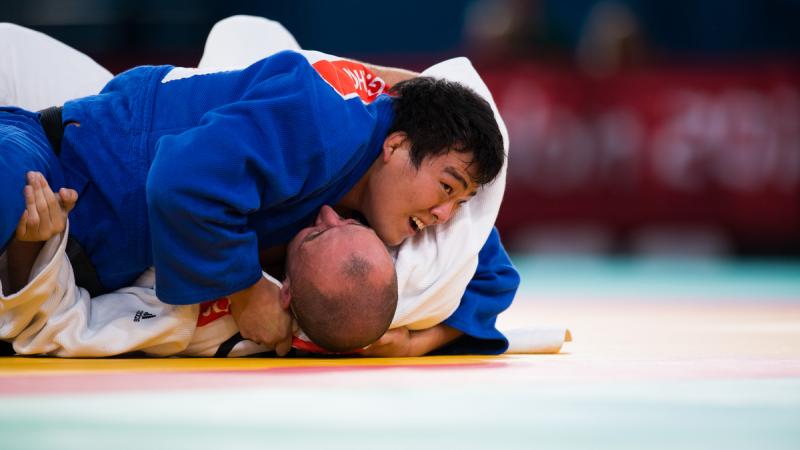