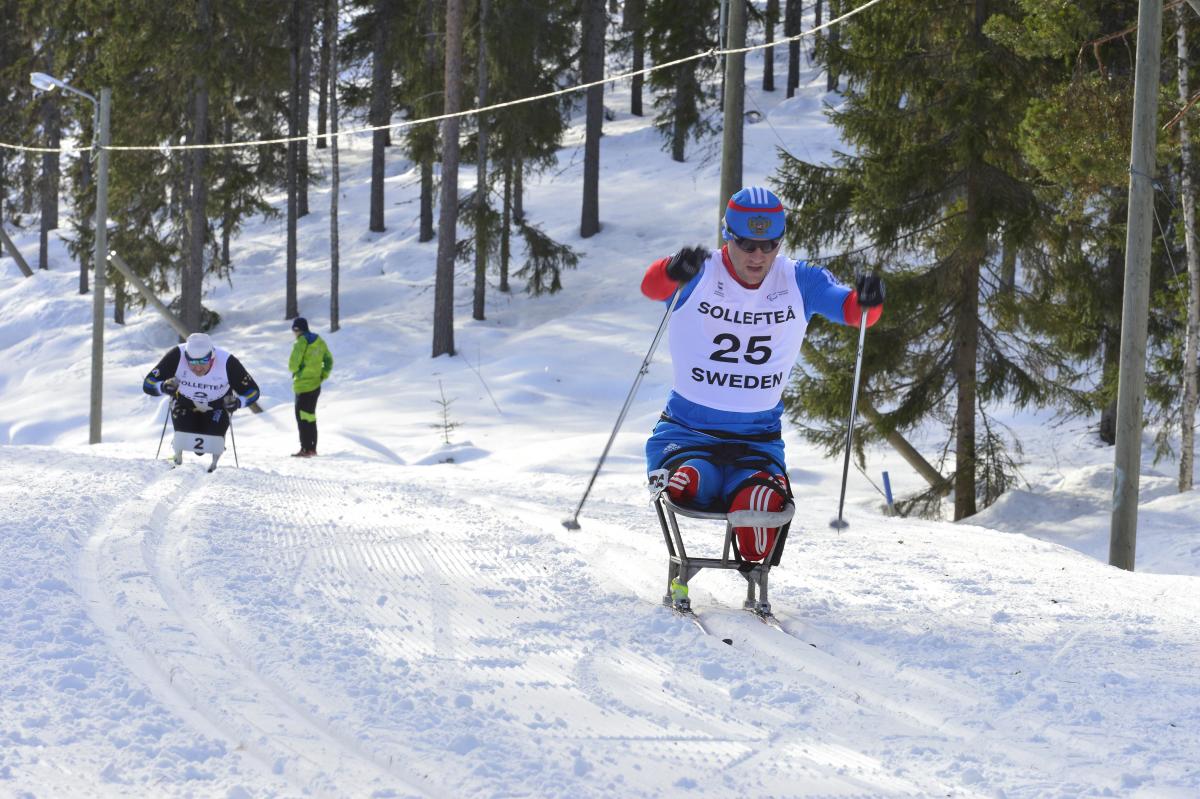 Russia’s Roman Petushkov is the dominant figure of the 2013 IPC Nordic Skiing World Championships in Solleftea, Sweden, winning his third gold medal of the event on Friday (1 March).

The 35-year-old only missed one shot out of 20 in the men’s sitting biathlon middle distance event and had a good day on the slope in difficult conditions, clocking a final time of 35:56.9. He took home the gold medal 14 seconds ahead of Japan’s Kozo Kubo, who won his third silver medal of the Championships.

Bronze went to Petushkov’s compatriot Ramil Ilalutdinov, who had a clean sheet on the shooting range, but still lost 47 seconds on the slope. It was his second medal of the World Championships after winning silver in the cross-country skiing sprint.

After having a tough time in the cross-country skiing events at the beginning of the world championships, Olena Iurkovska of Ukraine was back on top form and snatched her second gold medal two days in a row. In a time of 38:11.8 and with three missed shots, the multiple Paralympic champion won the race by 8.6 seconds, leaving the silver medal to Russia’s Maria Iovleva.

The world champion of the cross-country skiing sprint race and the Paralympic gold medallist in the biathlon middle distance event in Vancouver, did not have her best day on the shooting range, missing five shots and having to ski as many penalty laps. She put on a strong performance on the course however to take the silver in a time of 38.20.4.

In the men’s standing category, it was a double victory for Ukraine, with Ihor Reptyukh and Gryogorii Vovchynskyi finishing first and second respectively. After having already won two bronze medals at these World Championships, Reptyukh stood on top of the podium with three missed shots and a time of 36:55.9.

For Vovchynskyi it was another silver medal, after his second place finish on Thursday (28 February) in the biathlon short distance race. He missed one shot less than Reptyukh but could not keep up with his pace on the course.

The bronze medal went to Thursday’s World Champion Mark Arendz, who once more demonstrated his good shooting form, but also was not able to ski as fast as Reptyukh. Aerndz’s finishing time of 37:39.3 was just two seconds off the silver medal.

The third gold medal of the day for Ukraine went to Iryna Bui in the women’s standing category. Only 17 years of age, the Ukrainian put on an impressive performance in the shooting range, hitting all 20 targets, sewing the seeds of her victory. Bui crossed the finish line in a time of 31:24.4.

Second place finisher Anna Milenina of Russia was more than 54 seconds behind, having missed two shots, and having to settle for silver again, the same medal she had won in Thursday’s biathlon short distance race.

The bronze medal went once again to Oleksandra Kononova of Ukraine, who won her fourth overall medal at these World Championships, and her second bronze medal. She missed four targets and finished just seven seconds ahead of fourth place finisher Shoko Ota from Japan.

Double world champion Mikhailina Lysova (guide Alexey Ivanov) added a third gold medal to her personal tally, having a perfect day in the shooting range and on the course. With no missed targets and a finishing time of 30:22.1, she put almost two minutes between herself and silver medallist Iuliia Budaleeva (guide Tatiana Maltseva), also from Russia.

For the first time at these World Championships it was not a Russian podium sweep in the women’s visually impaired category. Oksana Shyshkova from the Ukraine and her guide Volodymyr Ivanov managed to break the Russian dominance in this category and take home the bronze medal, with two missed targets and an overall time of 34:58.6.

Nikolay Polukhin and his guide Andrey Tokarev were once again unstoppable on their way to the gold medal in the men’s visually impaired biathlon middle distance race. Polukhin missed just one target in the shooting range and finished in a time of 35:53.8, more than one minute ahead of Ukraine’s Vitaliy Lukyanenko (guide Boris Babar).

Even though Lukyanenko kept a clean sheet in the shooting range, he could not get close to Polukhin. Lukyanenko’s teammate Anatolii Kovalevskyi (guide Oleksandr Mushkyn) took home the bronze medal after having won a silver medal in Thursday’s race.

All events from the Championships will be streamed live on the IPC’s YouTube channel. 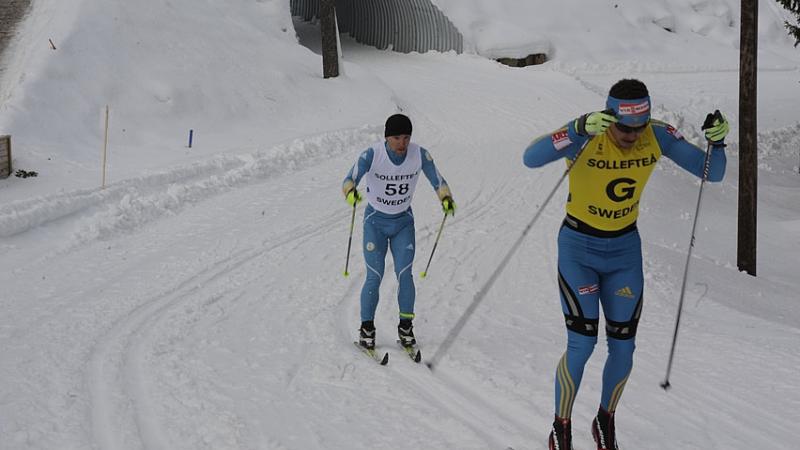