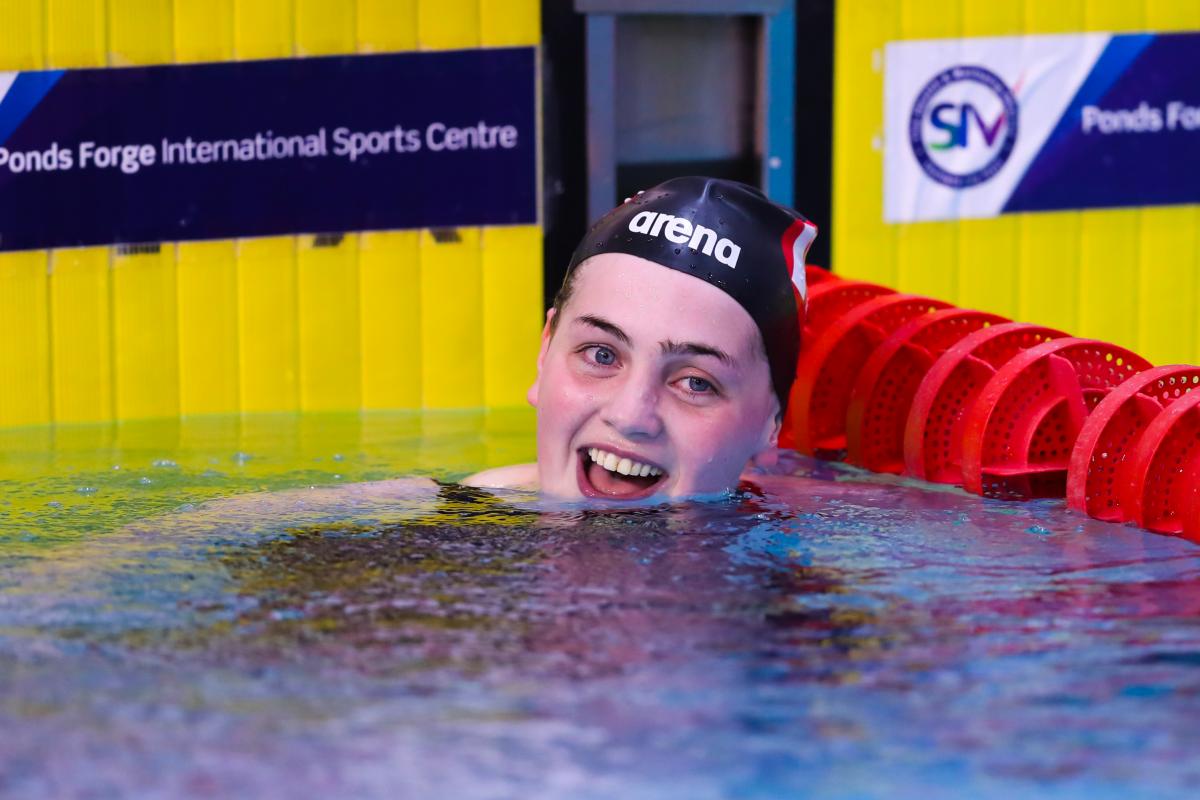 ⒸGeorgie Kerr
By Ryan Wilson | For the IPC

Nothing could stop Great Britain’s dominance of the final day of the World Para Swimming World Series in Sheffield, Great Britain – even a pair of missing goggles!

In the women’s 200m freestyle British swimmer Tully Kearney lost her goggles mid-race, but was still able to swim her way to her first gold in Sheffield.

“It was really hard to see,” she said. “I just wanted to get my finish right.”

Kearney’s double medal success was the highlight of another strong showing from the home team in Sheffield, as Great Britain rounded off the competition with another seven medals.

Hamer was ecstatic with his finish.

“In the heats, I was a second off the qualifying time, so I was a bit panicky,” he said. “I got back to the hotel and I was just thinking, ‘Tommy, you’ve got to the final, you’re up against some big boys. You can see what you do.’

It was Dias’s third gold in Sheffield as he closes in on a successful defence of his World Series title.

There was a dramatic finish to the women’s 400m freestyle, as Canada’s Aurelie Rivard’s and Germany’s Naomi Maike Schnittger finished tied for gold on 959 points each.

“It’s my first gold medal of the World Series, and I am quite happy to share it with Aurelie,” Schnittger said.

Netherlands’ Liesette Bruinsma (S11, 941) claimed bronze in the event for her second medal of the competition.

The World Series features multi-class races, with winners decided by an standardised points system. It concludes with the final event in Berlin, Germany from 7-10 June, where the 2018 World Series winners will be crowned.

Full results from Sheffield can be found here, and more information on the World Series is available on World Para Swimming’s website.