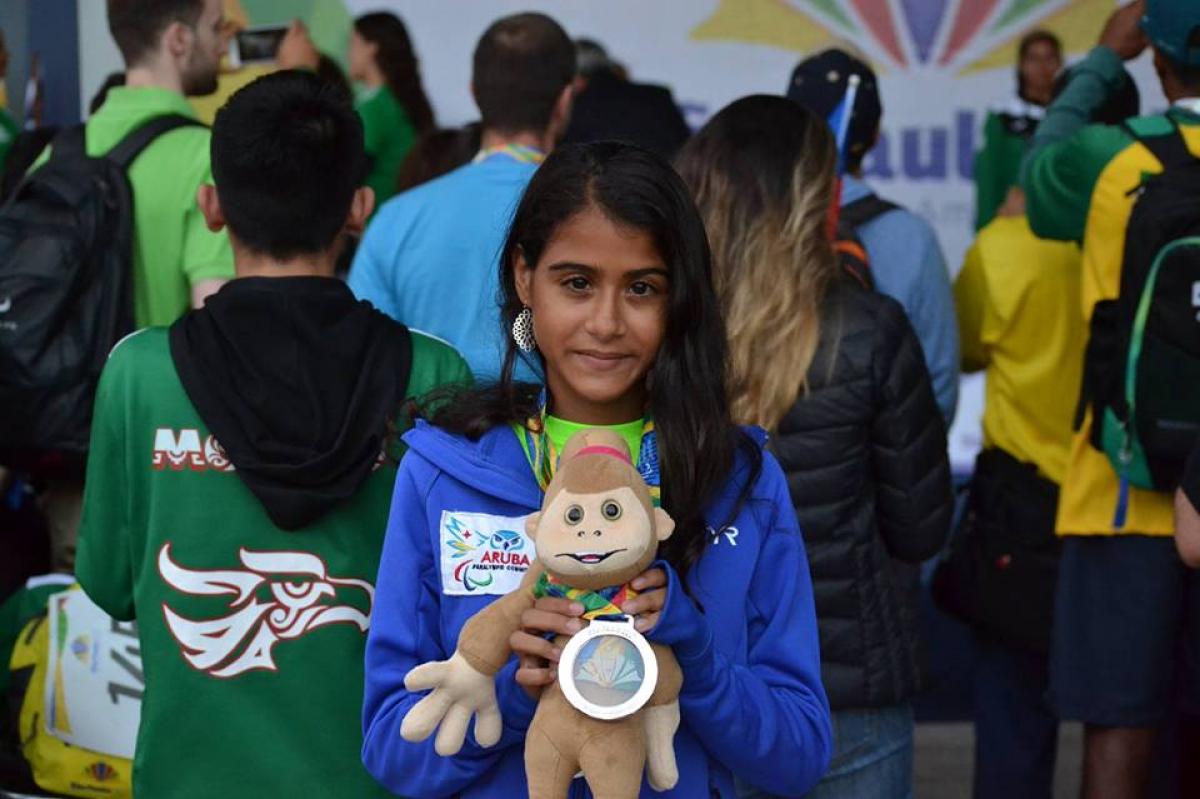 “It is just a great feeling, I never imagined I would achieve this,” said Tromp. “The best part is that I could represent my country well.”

The Aruban made her international debut at the Youth Parapans, where she performed to the best of her abilities.

“Winning this medal is unreal, I was just trying my best,” she said. “The Youth Parapan American Games are very important because all the young athletes from the Americas have the chance to compete against each other, have fun and enjoy a great experience.”

Tromp was also amazed at the Brazilian Paralympic Centre, a major structural legacy of the Rio 2016 Paralympic Games. “It looks great,” she said.

She is now hoping her success in Sao Paulo will act as springboard ahead of future events.

“I would like to compete at the Lima 2019 Parapan American Games and, hopefully, the Tokyo 2020 Paralympic Games as well,” she said.

In March 2016, Tromp took part in a training camp and national competition in La Havana, Cuba, organised by the Agitos Foundation, the development arm of the International Paralympic Committee.

“Being part of that event helped me grow. The Agitos Foundation has been very important for me,” she said. “Someday I want to become a professional runner and travel around the world.

“I also dream of having more great experiences and, why not, compete at a Paralympics one day.”