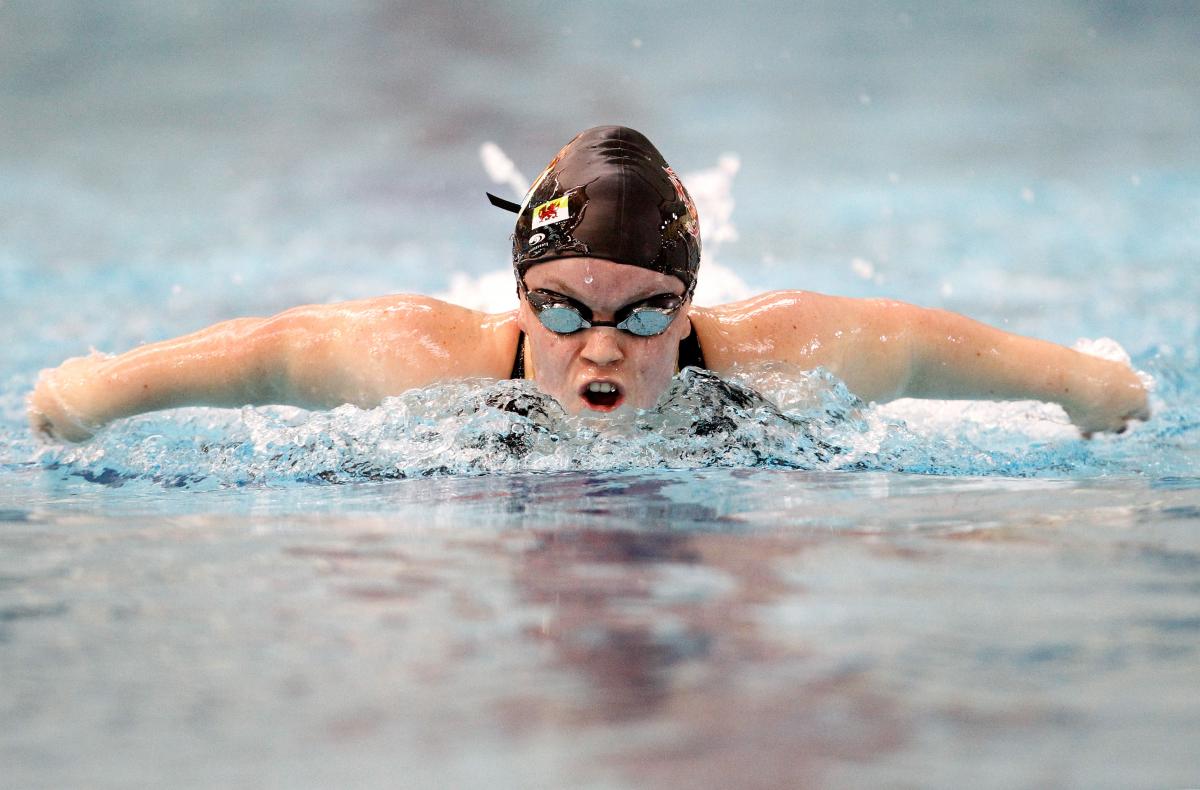 Great Britain's Ellie Simmonds is part of the Team EDF.

“I’m a bit shocked to be honest because I didn’t really expect to break a European record,” Slater said. “I would have liked to dip under the 1:11 mark but I’ve only been back in the water since November so to do that is amazing."

Stephanie Slater enjoyed a breakthrough performance on the second day of competition at the British International Disability Swimming Championships in Sheffield.

Slater was a national-level able-bodied swimmer until 2011 when nerve damage to her left arm meant she could no longer compete.

But the 22-year old was determined to return to the water and, having restarted training in November last year, won her first national gold medal in Sheffield with her time of 1:11.03 (962 points)

“I’m a bit shocked to be honest because I didn’t really expect to break a European record,” Slater said. “I would have liked to dip under the 1:11 mark but I’ve only been back in the water since November so to do that is amazing.

“I was an international breaststroker and I specialised in the sprint events, the 50m and the 100m. I was just training one day and I couldn’t pull with my arm at all. Two years down the line I found out that I’ve got nerve damage to the lower part of my brachial plexus and I can’t use my left arm now.

“I knew I had swimming in me and I was giving too much talent away to give it up. I still had that fight in me and I thought I can’t give up when I’m such a determined person.

“I’m really looking forward to the Worlds. I’m new to this world and I’ve not really got to know the swimmers out there yet. But I watched Jessica Long at the Paralympics and she was an amazing swimmer so it would be good to have a race against her.”

Simmonds held off American rival Victoria Arlen to win 400m freestyle S6 gold in one of the most memorable races of London 2012 last year and although she hasn’t hit her best times in Sheffield, she is adamant she wants to return to the World Championships and compete in six events.

And the Brit insisted she was determined to regain her form and fitness in the four months ahead of August’s World Championships.

“I’m really pleased to have done the qualification time was to qualify in the 400m free and I did that so I’m really happy,” said Simmonds. “It’s a great relief to qualify and now I can concentrate on the times I’m swimming.

“I love racing. Events like this give you that drive and I just want to go out and race when it comes to it. I’ve got over three months to work on getting my time down and focus on the pool. After this I’m going to really focus with Billy and get ready for Worlds.”

Josef Craig also won a memorable 400m Freestyle gold in the S7 classification at London 2012, landing himself BBC Young Sports Personality of the Year as a result.

And having won the multi-class 100m freestyle gold on the opening night in Sheffield, the 15-year-old added a second title over 400m free, clocking 4:43.02 for victory.

But neither could match Craig’s 998 points for his blistering swim and the teenager insisted he had his sights set on lowering his world record on his World Championship debut this summer.

“I'm very pleased with the outcome of that race. I made the qualification time for the World Championships in the heats so the pressure was off in the final,” said Craig. “I thought I'd go in and enjoy it and see what time I could do. That time was just behind my world record but I want to get faster so next time in Canada, hopefully that will be a world record.”

While Jessica-Jane Applegate had already secured a qualification time for the 100m Backstroke, her performance in the 200m Freestyle – for which she is Paralympic champion – was more emphatic.

After qualifying fastest for the final, the S14 swimmer beat her own British record, clocking 2:12.21 to win gold ahead of the Netherlands’ Marlou Van Der Kulk and British teammate Chloe Davies. Van Der Kulk finished in 2:14.27 and Davies touched in a personal best 2:15.00.

And 16-year old Applegate, who would make her IPC World Championship debut if selected for Montreal, admitted: “I'm very pleased with that. If I'm honest I wanted the world record but I'm happy with that for now. The world record will be the next target. I felt so much pressure. I was so worried about it because everyone was expecting me to win but I try not to expect anything - when it comes to racing, anything can happen.

“I had a bit of an off day yesterday which set me back but I really wanted to do my best today.”

Paralympic bronze medallist James Clegg (S12) won the gold medal in the men’s 100m Butterfly after touching in a time of 1:00.45 to take a total of 834 points and secure the World Championship qualification time.

Ben Procter (S14) was the final British medallist of the night, claiming silver in the 200m Freestyle and beating the IPC World Champs qualification time by 0.01 seconds with his 2:02.32 effort. 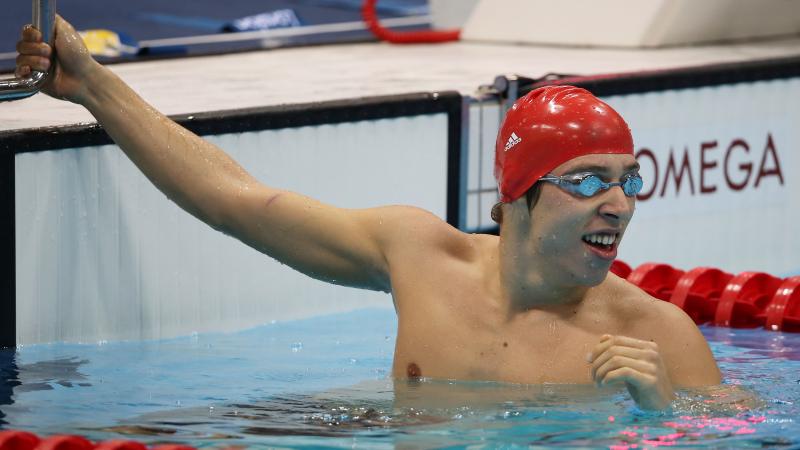