The Sochi 2014 Paralympic Winter Games are already proving to be one of the most accessible yet for athletes both in the coast and the mountains. 07 Mar 2014
Imagen 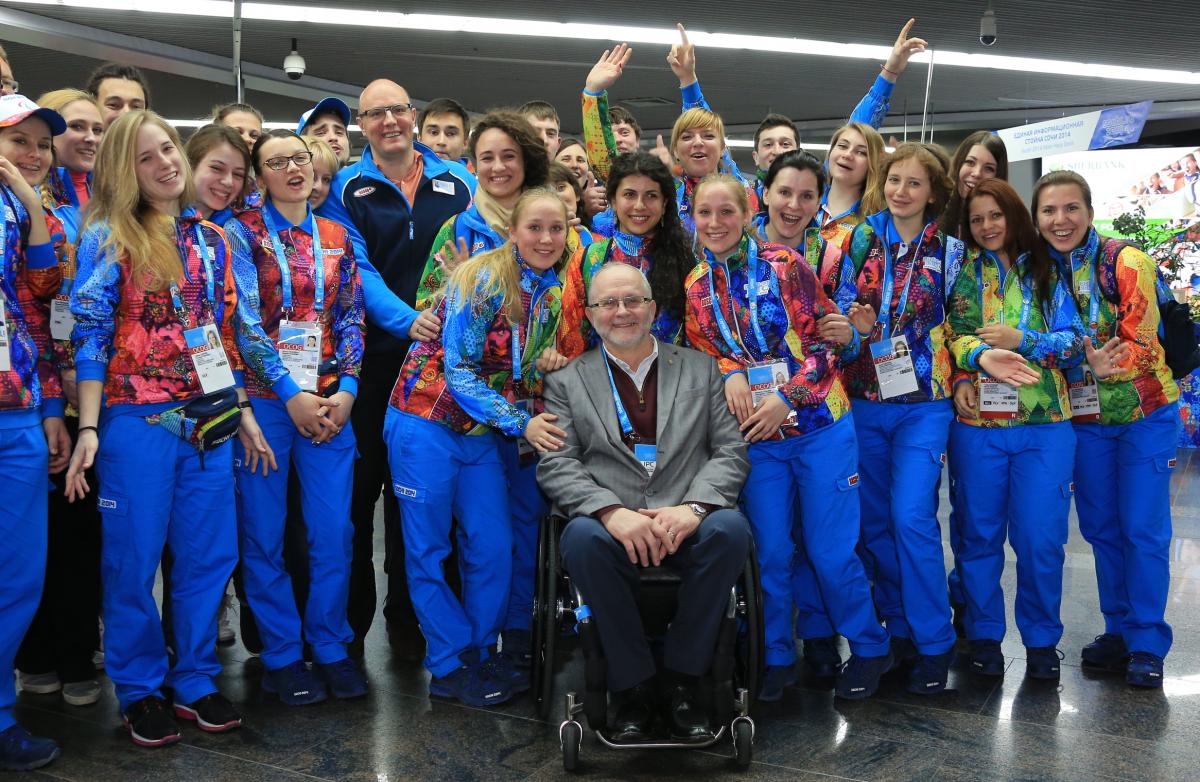 IPC President Sir Philip Craven was greeted at the Sochi airport by a large contigent of volunteers.

“We’ve got great venues, great accessibility in the new park. Big, big improvements in the city, in Sochi."

International Paralympic Committee (IPC) President, Sir Philip Craven, said the barrier-free zone that is the Paralympic Village is quite impressive.

In preparation for the launch of the Games, the Sochi 2014 Organising Committee along with the United Country Foundation to Support People with a Disability, laid out plans for a Russian Accessibility Map. The main objective of the map is to show people with an impairment accessible areas that include ramps, non-slip coating and much more at sport facilities.

Sochi was the first city named on the new map and the progress made from the Russian government for a more accessible country has been noticed by the IPC’s President.

“The plan and the commitment to the Russian government is for this to be spread out over time in legacy format to each of the 80 regions in Russia and that’s a fantastic dream of ours to be able to influence and transform the biggest nation in the world,” Sir Philip said.

A total of 1,800 different venues have been upgraded to being more accessible in Sochi. On 27 February, over 1,000 city infrastructure facilities were announced to be newly recognised as fully accessible.

With the amount of now barrier-free elements in Sochi, it has made it easier for people with an impairment to have a healthy and active lifestyle.

“I think from a sports perspective, it can really raise the profile of Russian Paralympic athletes,” Sir Philip said.

"We know that there’s so much more to the story to tell with the Games and the performances and this changing perspective from maybe the negative to really to the positive and I think that’s definitely going to happen here, like in all countries.”

Sochi was the first city in Russia to implement the newly accessible programme and every new construction in Sochi have taken the accessibility requirements into account.

“I’ve had the great privilege to be here for the Olympics, so I’ve seen the venues I’ve seen the Shayba stadium for sledge hockey and the Ice Cube for wheelchair curling. Great great venues, fully accessible,” Sir Philip said.

Not only are the areas in the costal area fully accessibly but also up in the mountains, all aspects have been taken into account.

At the Laura Cross-Country Ski and Biathlon Centre, there are 152 accessible cable cars, 15 accessible vans and even wheelchair-accessible seats available for those with an impairment.

At the Opening Ceremony on Friday (7 March) and for the Closing Ceremony on 16 March, headphones will be provided to those that are visually impaired so that they can enjoy the festivities to the fullest potential.

With the new Russian Accessibility Map, more than ever, athletes will be able to focus on their sport and spectators will be able to enjoy competition to the fullest potential without having to worry about any distractions.