Ireland's Jason Smyth missed out on the Olympic qualifying time for the 100m this week, however he was officially nominated to his country’s Paralympic team. 29 Jun 2012

Ireland's top visually impaired sprinter Jason Smyth, who has already been selected to compete at the London 2012 Paralympic Games, only has a few more chances before 8 July to qualify for the men's 100m at the Olympics, too.

On Wednesday (27 June), he ran a time of 10.52 to finish seventh in his semi-final at the able-bodied Athletics European Championships in Helsinki, Finland, which is just short of the 10.18 Olympic ‘A’ qualifying time.

“I honestly haven't put a full race together from start to finish. That's first of all the biggest thing I need to get right,” Smyth said prior to the event. “All I can do is work on what I've got to do. I've no doubt it's there.”

The closest Smyth has gotten to the qualifying time is when he clocked a 10.24 in Florida in May. He ran 10.17 in early June, but the time did not count because of the wind reading.

Smyth is in good shape, but there are hints of frustration in the normally relaxed Irishman's voice.

“I'm pretty laid back and chilled, so I don't get too stressed or uptight about things, but urgh,” he sighed, “Honestly, I know it's there.”

Smyth has spent the last three years training in Florida during the winter and just returned to Ireland a few weeks ago.

“To me, coming home is nice, just to see people,” said Smyth, who has only been home for a two-week break at Christmas since he left for Florida last November.

Smyth says that being back in Ireland amongst family and friends has been a good morale boost.

At the Paralympics, Smyth will run the 100m and 200m in the T13 classification. He hopes to be the fastest Paralympian on earth once again and win the 100m T13 final, which takes place on 1 September at 20:00. 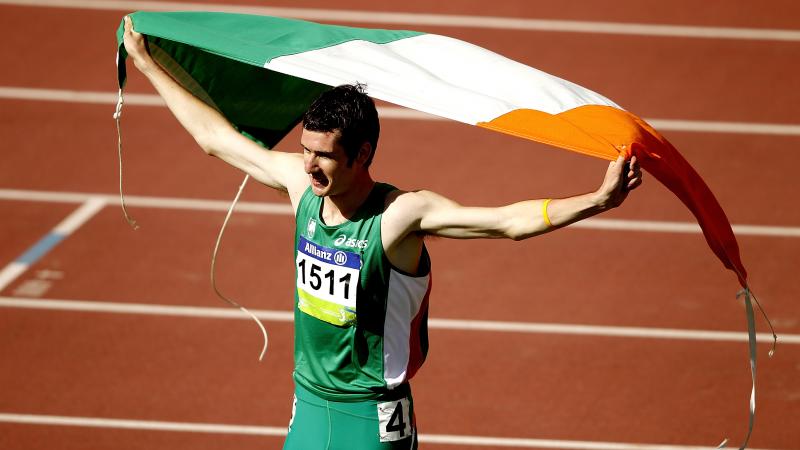