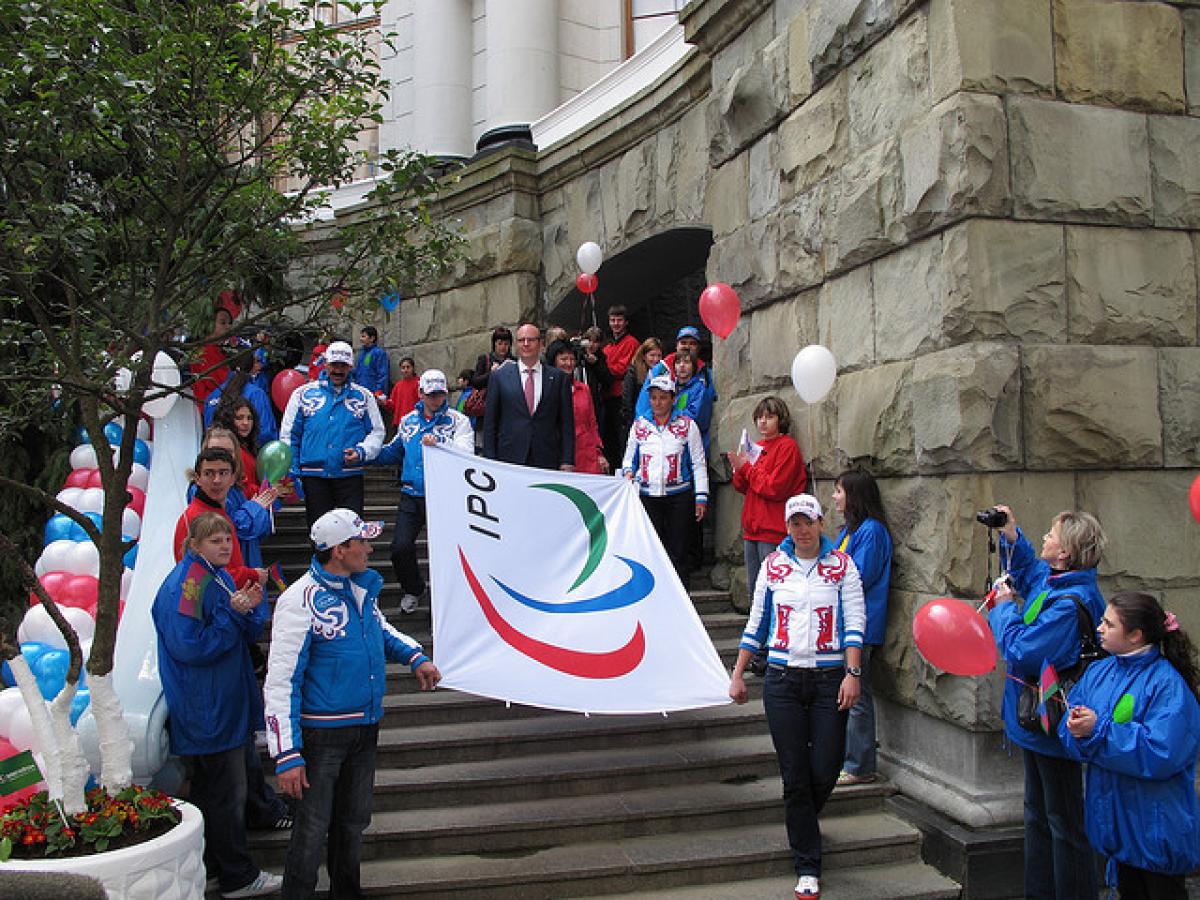 The Paralympic Flag arrives in Sochi

A Sochi 2014 team, composed of Organizing Committee’s employees, volunteers and representatives of organizations involved in the Sochi 2014 preparations, have travelled to London to gain experience of how to stage the Paralympic Games.

In total, a team of over 100 will visit the capital of Great Britain to build a unique knowledge of how best to stage the world’s greatest sporting event featuring Paralympic athletes.

The preparation for the Sochi 2014 Paralympic Winter Games has already led to a growth in the attention of Paralympic topics in Russian society. Russian channels "Russia 2" and "Sport 1" will be airing programmes during the London 2012 Paralympic Games that explain the Paralympic competitions throughout the entire period of the Games.

With Russia hosting the Paralympic Winter Games for the very first time in just over 18 months, the experience that the organizers will bring to Russia after London 2012 will be highly valuable. The Sochi 2014 Paralympic Winter Games will take place from 7-16 March and is already a catalyst for positive change in the region, with the construction of a barrier-free environment and the drive to fully integrate people with a disability into society.

The Sochi 2014 participants travelling to the Paralympic Games under the "IPC Observer" Programme have a range of observing and learning planned, including working visits to all the key venues and seminars on areas such as Games Management, the Organization of Client Services at the Games, Brand Management and Protection, Operation of the venues and Paralympic Villages, Ceremonies, Communications and Press Operations, Legacy and Sustainability.

A total of 24 Sochi 2014 volunteers will also participate in the Paralympic Games, joining the team of organizers. All the volunteers were selected by the organizers of the Games in London and undertook training for the Games at a specially organized training seminar, which the Sochi 2014 Organizing Committee staged in cooperation with representatives of the London 2012 team. After they return to Russia, the volunteers will pass their invaluable experience to their colleagues who will travel to the Games in 2014.

The legacy of the Paralympic Games in Sochi is already being seen in the city. The barrier-free environment is already taking shape across Sochi. Of the 1,800 venues that should receive an accessibility certificate by 2014, over 500 have already been recognized at this standard.

Everything that is being constructed for the Games - transport, roads, sports venues and public infrastructure - is being developed while taking into account the needs of people with a disability. An accessible city model is being created in Sochi which is set to become a new standard for the whole country.