Sochi 2014 gets a new Paralympic look

The Agitos, the Paralympic Symbol is being installed at various venues in Sochi ahead of the Winter Paralympics. 01 Mar 2014
Imagen 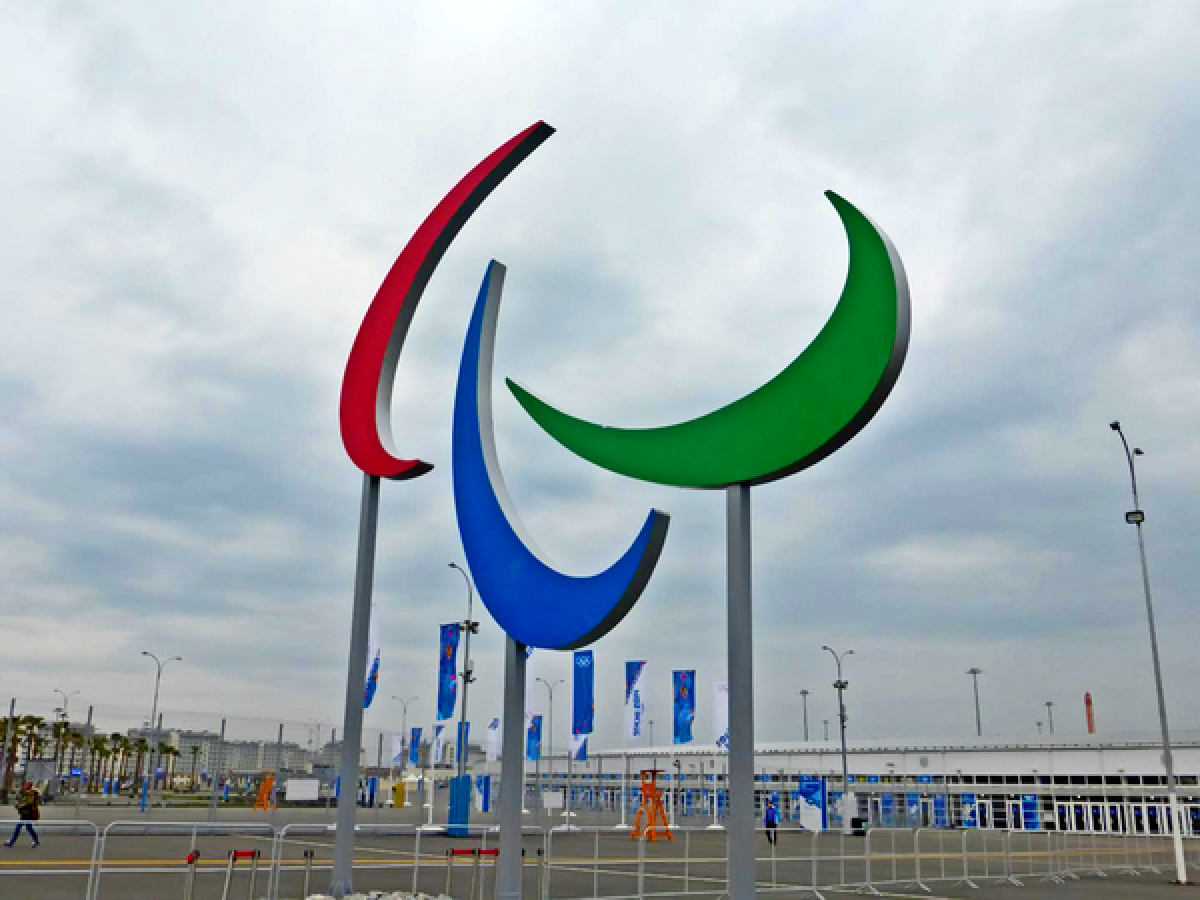 The Agitos, the symbol of the Paralympic Movement, sits inside the Olympic Park during the Sochi 2014 Paralympic Winter Games.

As Sochi prepares to host Russia’s first ever Paralympic Winter Games the Agitos the symbol of the Paralympic Movement is being placed on all sport venues where Paralympic competitions will take place.

The Fisht Olympic Stadium that is hosting the Sochi 2014 Paralympic Winter Games Opening and Closing Ceremonies will also get a new Paralympic look.

In Sochi, Adler and Krasnaya Polyana the Paralympic mascots – Ray of Light and Snowflake – will greet the guests. The Paralympic marks will also decorate the Main Media Centre in the Coastal Cluster, the Olympic Park, and Mountain and Coastal Paralympic Villages.

The Agitos - from the Latin “agito”, “I move” - consists of three hemispheres of red, blue and green colours arranged around a central point. The symbol reflects the role of the International Paralympic Committee (IPC) in bringing together Paralympic athletes whose achievements inspire and delight the world. The colours of the agitos, with the white background, stand for the three colors that feature the Mind, Body and Spirit.

The Agitos will be taking the place of the five Olympic rings at the international airport and the railway stations in Sochi and Adler, as well as on the promenade of the Mzymta River in the Mountain Cluster.

The Paralympic symbol will also appear under the ice of the Shayba Arena and the Ice Cube Curling Centre.

The Sochi 2014 Paralympic Games’ mascots - Ray of Light and Snowflake - will greet visitors on Navaginskaya Street and Kirov Street, and on Romanov Bridge at the Rosa Khutor.

Unlike the Olympic Games, during which any advertising is prohibited at the Olympic venues, the Paralympic Games’ partners have the opportunity to place their billboards on the wall surrounding the rink and at some other places. A partner company logo can also appear under the ice of a sports arena.

Sochi 2014 Paralympic Winter Games Mascots - Ray of Light and Snowflake – will be taking the place of their Olympic friends: the Polar Bear, Hare and Leopard.

Ray of Light flew down to Earth from a planet where it was always hot. His journey was full of challenges. He found himself on a new and unknown planet where everything was different compared to his home: cold winters, snow and winds, and of course unknown people around him. Ray of Light looked very different from other people on Earth. He had amber skin, sparks in his wide eyes and look-like-flame hair. But these differences were only in appearances. Ray of Light was so nice and kind to everyone, and he was always ready to help. Very soon, people understood that it was just their initial perceptions. The more they interacted, the more they discovered that they and Ray of Light had very much in common.

People taught him alpine skiing, cross-country skiing and biathlon. And then everybody understood that Ray of Light had unique abilities, and Ray of Light became a true favorite all over the place.

Although he had good friends around him Ray of Light still felt a bit lonely because there were no other people who had come from the stars like him. That’s why he stared up into the sky so often and sighed...

One day he saw a falling star in the night sky. It was Snowflake who also flew down to Earth from another planet - covered with ice. She had snow-white skin and looked like a snow crystal. Ray of Light and Snowflake were very different in appearances but other people thought they had very much in common.

Ray of Light introduced Snowflake to his friends on Earth and told her about different sports. Snowflake also started to practice alpine skiing. Together they invented new sports – wheelchair curling and ice sledge hockey. People admired their incredible achievements and loved these new sports too. They tried to repeat the technique of Ray of Light and Snowflake and everybody wanted to be like them.

Ray of Light and Snowflake decided to stay on Earth and use their fantastic abilities not only in sports but also in other areas to help their friends to learn to discover their own wonderful skills.

Ray of Light and Snowflake had to overcome many difficulties before they found their place on an unknown planet. But their passion for sports helped them to understand that they are not different from the others, and that thanks to their sporting abilities they are have very much in common with their good friends.

Ray of Light and Snowflake reflect the contrast and the harmony. Together they have power to make everything possible and make all people on Earth to believe in it.