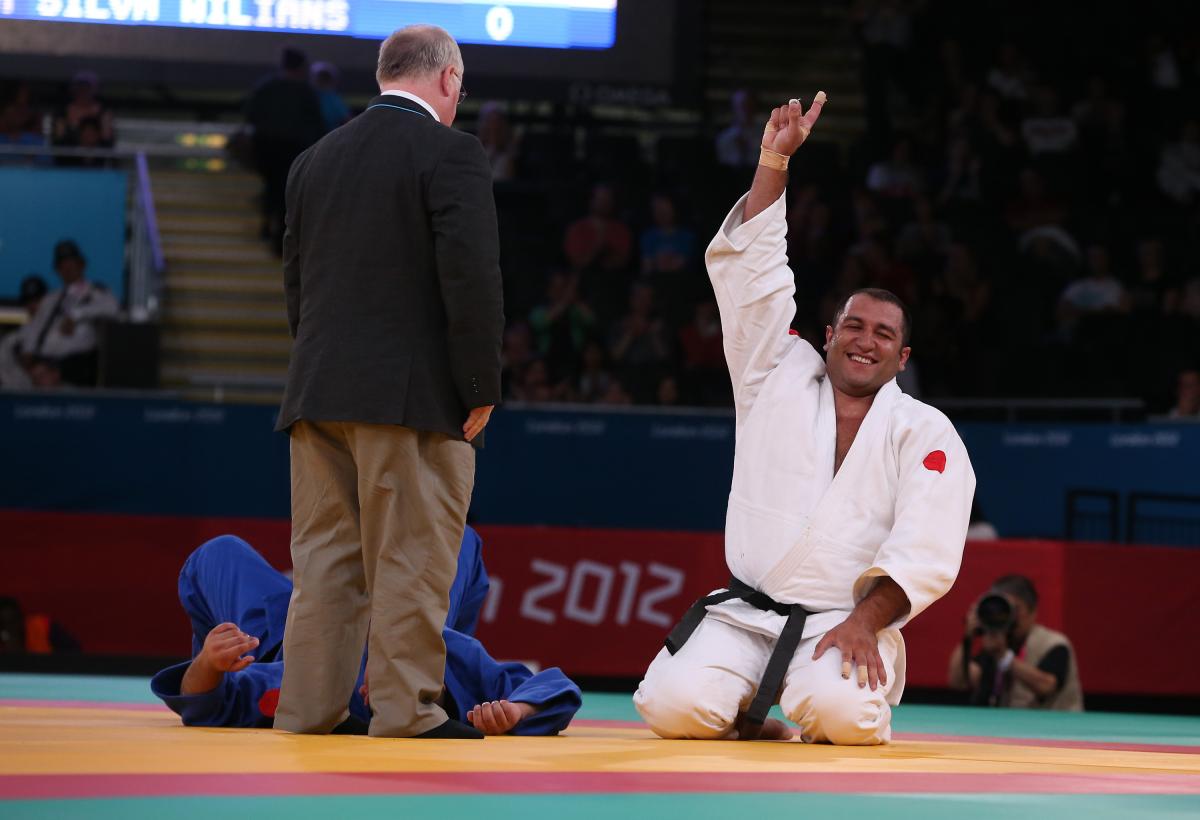 Find below some of the best judo moments at the Paralympic Games.

The Frenchwoman won her first world title back in 2006 but struggled for many years until she could finally grab Paralympic gold. Martinet took silver both at Athens 2004 and Beijing 2008, and ended fifth at London 2012. At Rio 2016, she defeated Germany’s two-time Paralympic champion Ramona Brussig in the women’s up to 52kg final.

Ilham Zakiyev used to serve in the Azerbaijani army when he was shot during a combat mission in 1999 and lost his eyesight as a result. Following a long rehabilitation, Zakiyev began practising Para judo, rapidly enjoying success and celebrating Paralympic gold in Athens, Greece, in 2004.

Carmen and Ramona Brussig had a joint celebration at London 2012. Just 15minutes after Carmen topped the podium in the women’s -48kg, her twin Ramona sealed gold in the -52kg.