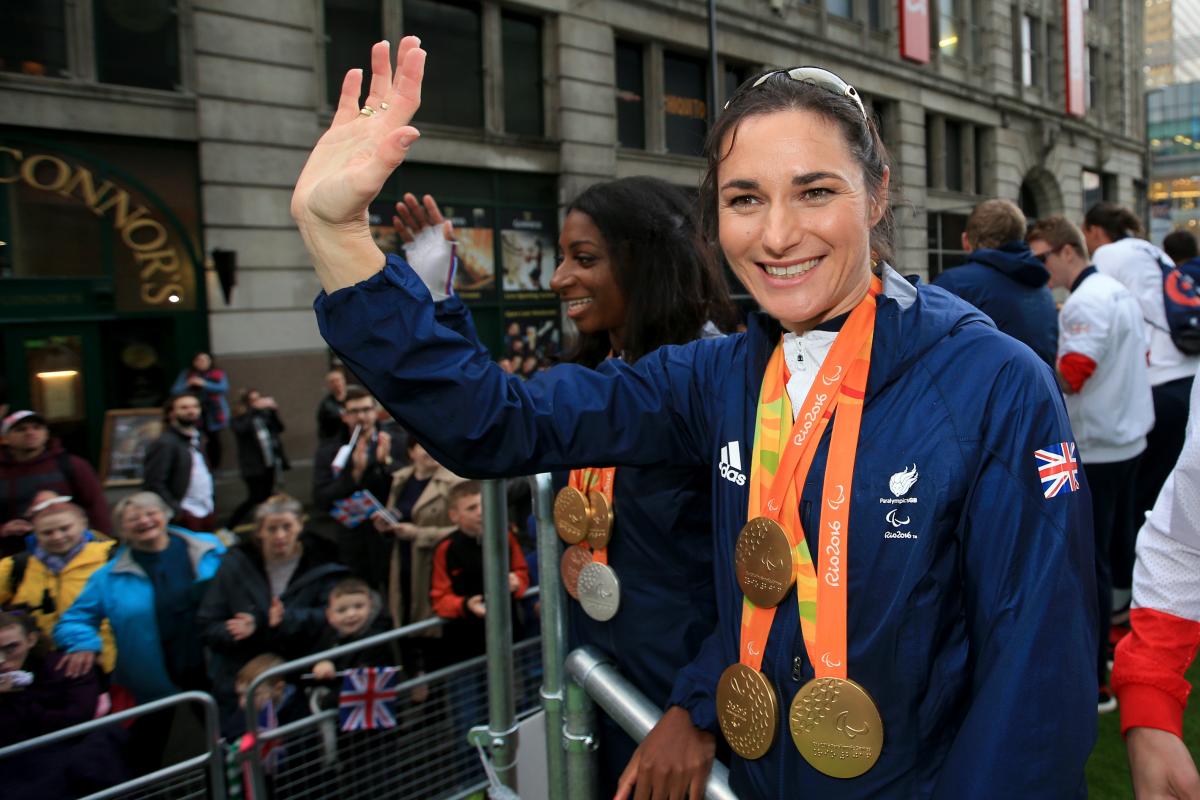 Find below some of the best moments of Para cycling at the Paralympic Games.

The former Formula 1 driver won Paralympic gold in the H5 road time trial at Rio 2016 on the eve of the 15-year anniversary of the motorsport crash that saw him lose both his legs.

Zanardi also won gold in the mixed road team relay and silver in the road race in Brazil.

The Italian had both legs amputated after crashing in the American Memorial 500 CART race at Lausitz, Germany, in 2001.

This mixed team relay was introduced to the Paralympic programme in 2012, creating an exciting finale to the road racing in London.

The US team of Marianna Davis, Matthew Updike and Oscar Sanchez won the spectacular event, which saw each team member ride three laps of a 3km circuit in turn. USA held off a strong Italian team – including crowd favourite Alex Zanardi – to take the first-ever Paralympic gold in the speciality.

The Brit enjoyed an impeccable performance at Rio 2016, winning gold in both track cycling and athletics. Her 500m time trial C4-5 gold at the Rio Olympic Velodrome came four days before her Paralympic title in the 400m T38 in athletics.

At the age of 25, she became the first British Paralympian in 32 years to win golds in different sports at the same Games.

The Brazilian made history and won the hearts of the Rio crowd by claiming two medals on the road at the 2016 Paralympics: silver in the C4-5 road race and bronze in the C5 time trial.

In doing so, he became the first Brazilian in history to win a cycling medal at either the Olympic or Paralympic Games.

With her two gold medals on the road (C5 time trial and C4-5 road race) and C5 individual pursuit title on the track at Rio 2016, Sarah Storey overtook Tanni Grey-Thompson as Great Britain’s most successful Paralympian.

A former swimmer, Storey has nine cycling Paralympic titles to her name as well as five Paralympic golds in swimming.