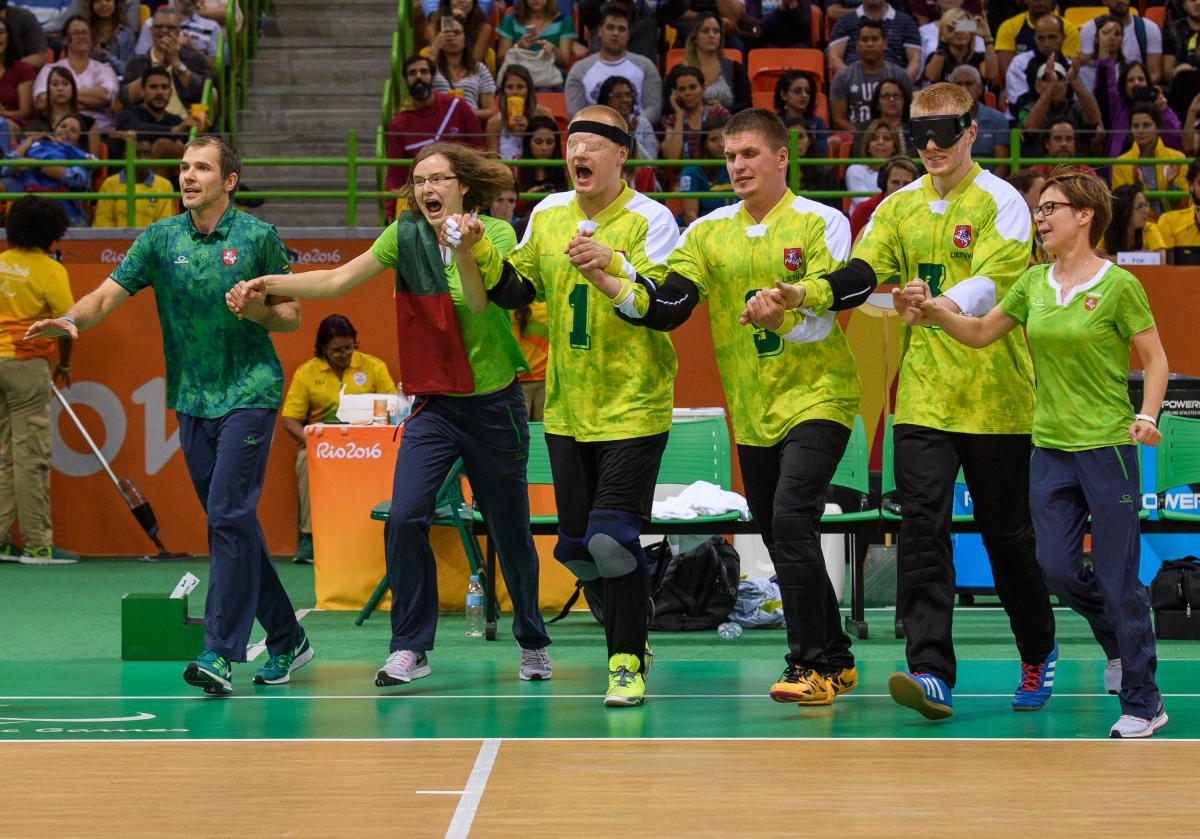 Find below some of the best moments of goalball at the Paralympic Games.

Lithuania had been one of the men’s goalball powerhouses for over a decade, having won Paralympic silver at both Sydney 2000 and Beijing 2008, as well as claiming the world title in 2006 and 2010.

But it was not until 2016 that they reached the top of the Paralympic podium in Rio de Janeiro, Brazil. Lithuania won seven consecutive matches, including a 14-8 victory over the USA in the final, to take the coveted gold.

Turkey’s women’s team reached the podium of a major international competition for the first time when they ended third at the 2014 World Championships.

Sevda Altunoluk was the star of the team, finishing as the tournament’s top scorer with 46 goals.

Reigning world champions Lithuania were the heavy favourites in the gold medal-match, despite playing against hosts China.

The Europeans took advantage of a clutch of penalties in the first half to jump ahead of China by 6-2 and looked to be holding on despite a steady comeback.

With only 50 seconds on the clock, the Chinese were two goals behind (6–8) but managed to overturn the deficit with three goals in 30 seconds to take the gold 9–8 on their Paralympic debut, sending the packed BIT Gymnasium into rapture.

The lead changed hands five times in this thrilling match that pitched USA against hosts China.

China had prevailed 4-0 in the group stage, but the US team took revenge in the gold medal match by a score of 6-5, with never more than one goal difference in it.

The winning goal came from Asya Miller, who scored all six, with less than a minute to go.

Goalball was introduced into the Paralympic programme at Toronto 1976 with just one men’s event.