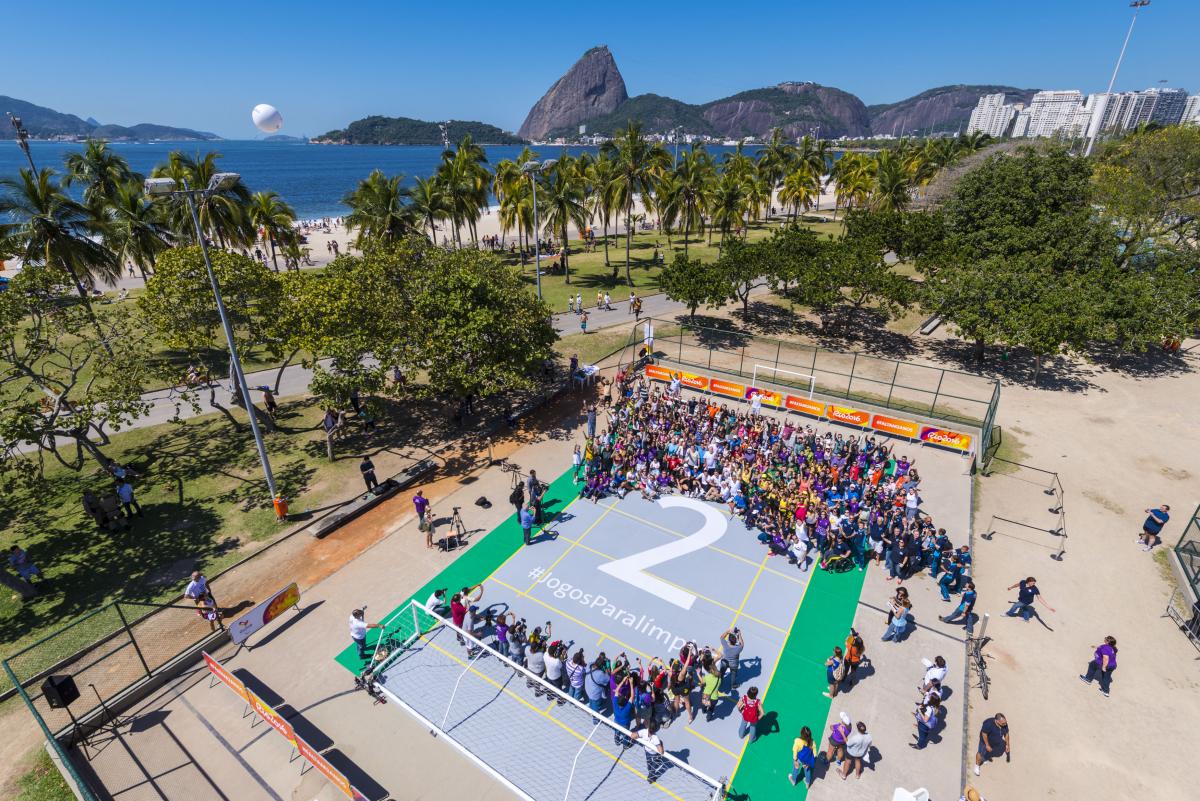 Sports stars and the public unite to celebrate two years to go until the Rio 2016 Paralympic Games.

“Today is a day for partying and of course we had to invite the athletes to celebrate with us. I want to thank everyone who came and took part. It’s very important that the public has more and more contact with Paralympic sports. We’re counting on the involvement of the whole population in our mission to deliver the Rio 2016 Paralympic Games.”

With a morning dedicated to celebrating Paralympic sport together with the public in one of the city’s most beautiful locations, the Rio 2016 Organising Committee commemorated, on Sunday (7 September), the two years until the Paralympic Games milestone.

On a multi-sports court in Flamengo Park, which will host the Paralympic marathon and cycling competitions in 2016, the Brazilian goalball and sitting volleyball teams got together with members of Brazilian volleyball’s ‘Silver Generation’ and fans to promote the Paralympic values on a beautiful sunny day.

“Today is a day for partying and of course we had to invite the athletes to celebrate with us,” said Rio 2016 President Carlos Nuzman. “I want to thank everyone who came and took part. It’s very important that the public has more and more contact with Paralympic sports. We’re counting on the involvement of the whole population in our mission to deliver the Rio 2016 Paralympic Games.”

Flamengo Park is one of Rio’s most popular sports and leisure spots, and during the event the public could watch and take part in games of goalball and sitting volleyball, playing alongside players from the Brazilian teams. A highlight was when the Brazilian sitting volleyball team took on six members of the Brazilian volleyball’s ‘Silver Generation’, who played a huge role in their sport’s growth in Brazil by winning the country’s first Olympic volleyball medal at the Los Angeles 1984 Olympic Games.

The Olympians gave it their best shot, but lost 2-0 to the specialists. However, the veterans still had enough energy to accept a challenge from the Brazil goalball team, trying out the sport for the visually impaired.

“It was a really different experience for us”, said Fernandão, who played alongside fellow 1984 heroes Amauri, Montanaro, Bernard, Badalhoca and Maracanã. “It was our first contact with these sports and we had quite a lot of difficulty in getting to grips with them. I was impressed by the high level of the athletes. It showed that everyone, having a disability or not, can be really successful in sport if they have the dedication.

“This year we commemorated 30 years since our silver medal, which had such a big impact on Brazilian Olympic sport. Each time we’re invited to an event, we’re happy and honoured, but today the most important thing was to recognise these great Brazilian Paralympic teams.”

The Brazilian goalball team are current world champions and one of their most experienced members, Zé Roberto, enjoyed the chance to share his sport with the public, giving instructions to those keen to have a go.

“It’s a very special moment for Brazilian Paralympic sport and all athletes would like to participate, so we are very honoured to be here,” said the 33-year-old. “It’s an important opportunity to present goalball to society. It was good to see that those who took part left the court happy, understanding the sport better and becoming more interested in it.”

Among the members of the public to take part was Andreia Jost, a systems analyst, who tried out both goalball and sitting volleyball. “I didn’t know about goalball and was really impressed,” she said. “I did not think I’d manage to block the ball even once, using just my hearing, but I managed two blocks. I never thought I’d have the chance to do this.”

Bárbara Flores, who went to the event to sign up for the Rio 2016 Volunteers Programme, took part in the goalball challenge. “It’s a great lesson,” she said. “Sport shows that having a disability does not mean you can´t do anything. With dedication, it’s possible to succeed in any area and have a quality of life equal to any other person. I didn’t know about these Paralympic sports and it was cool to find out about them.”

Around 4,350 athletes from more than 170 countries are expected to compete in Rio in what will be the biggest Paralympic Games to date. Sir Philip Craven, President of the International Paralympic Committee, believes the Games will have a transformational effect.

“Rio 2016 will be South America’s first Paralympic Games, opening up a whole new continent to the power of the Paralympic spirit and Paralympic sport,” he said. “I believe the Games can be transformational not just for Rio and Brazil, but the whole of the Americas and the Paralympic Movement.

“I expect the colourful and vibrant atmosphere created by the cariocas to lift the para-athletes to new levels. This will help generate worldwide news and help shift attitudes and perceptions of people with an impairment. The millions of spectators who attend the Games in Rio will be inspired and excited not just by the stunning beauty of Rio, but also the amazing abilities of every single para-athlete that takes part.” 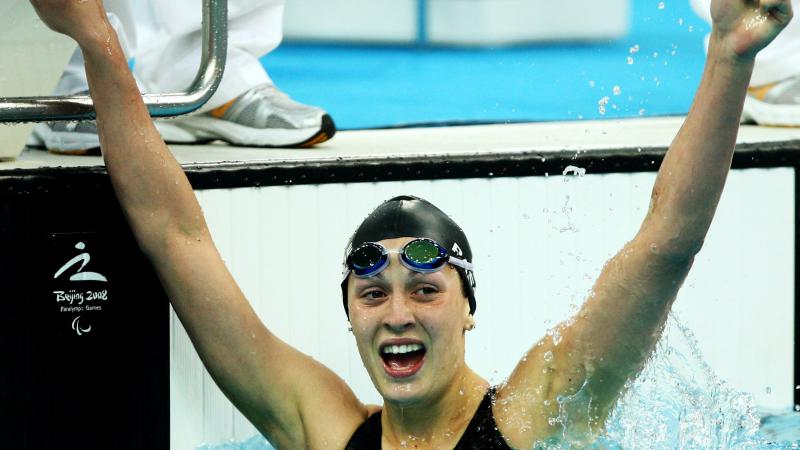