Payne, the former double open water world champion, trains with Quin in Edinburgh, and both share the same goal of winning World Championships medals this year and ultimately Olympic and Paralympic medals in Rio 2016.

Payne said: “It’s fantastic that the IPC Swimming World Championships are coming to Glasgow this summer.

“After the huge success of Glasgow 2014 it’s great that people will get another opportunity to see world-class swimming and I hope they’ll turn out to support the GB team.

“I’ll be cheering on Scott as he aims for his first World Championships medal this year.”

Quin who won his first international medal in the 100m breaststroke SB14 at the IPC Swimming European Championships in 2014, is hoping to be selected for the Great Britain team in Glasgow, where he will aim to make his mark on the world stage.

Quin said: “The IPC Swimming World Championships will allow me to test myself against the best swimmers in the world and will be a great way for me to measure where I am with a year to go until Rio.

“Training with Keri-anne will definitely help me prepare for the IPC Swimming World Championships. She is a double world champion and an Olympic medallist and I’m learning a lot from her.”

Deputy Leader of Glasgow City Council and Chair of Glasgow Life, Councillor Archie Graham, said: "The countdown to the IPC Swimming World Championships is well and truly underway with the world's best para-swimmers set to take to the pool in Tollcross in just 150 days.

"The IPC Swimming World Championships is the biggest para-swimming event outside of the Paralympic Games and brings together 650 of the best, and most inspirational, swimmers for what will be a week-long celebration of world-class sport.

"London 2012 was the benchmark in terms of para-sport but just six months after delivering the best ever Commonwealth Games, Glasgow is fully focussed on hosting an IPC Swimming World Championships to remember."

The week-long meet will see 650 swimmers from 50 countries in action, and there will undoubtedly be some exceptional performances in the pool.

It forms part of UK Sport’s National Lottery funded major events programme which targets championships that will support the nation’s athletes in their preparation and qualification for the Rio 2016 Olympic and Paralympic Games.

Across the seven days of competition there will be 172 medals up for grabs with athletes competing in freestyle, breaststroke, butterfly, individual medley, freestyle relay and medley relay across 14 different classes, with distances ranging from 50m-400m. 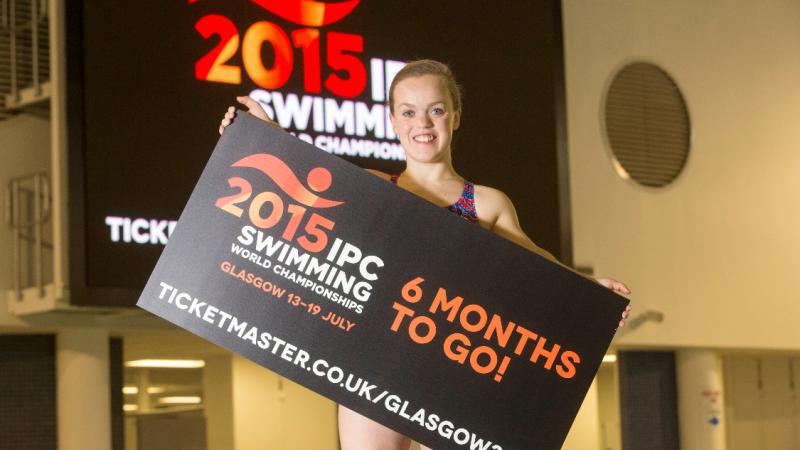