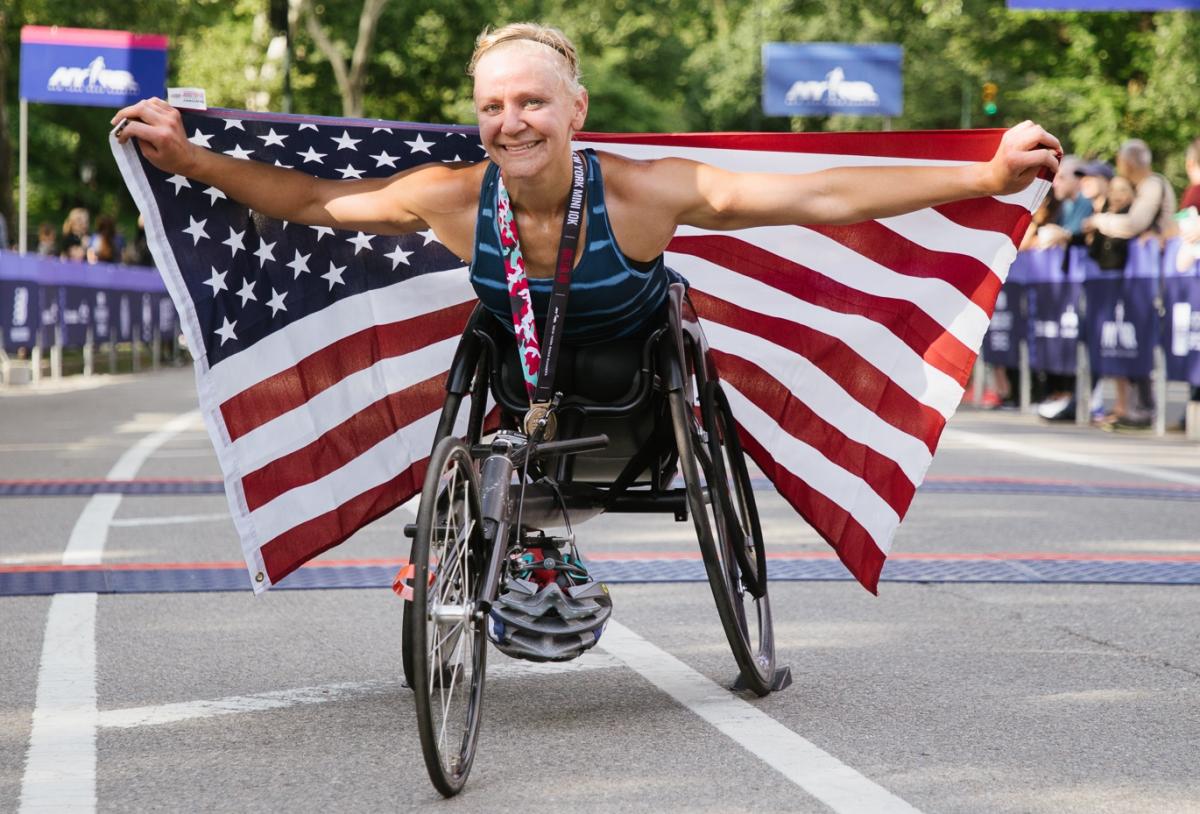 The USA’s Susannah Scaroni clocked an outstanding time of 22:48, which is believed to be a world-best time, on her way to winning the New York Road Runners (NYRR) New York Mini 10K on 9 June.

It was the first time the event has included a professional wheelchair race.

The event kicked off race day with a 1.2-mile race for girls aged 12-18. It included a youth wheelchair heat for the first time, which was won by Sarah Maher.

A total of 8,273 runners raced through Central Park in New York City at the 2018 NYRR New York Mini 10K. The event surpassed the 200,000 total finisher mark, dating back to when it began as the world’s first road race exclusively for women in 1972. There have now been 208,006 finishers in the event’s history.