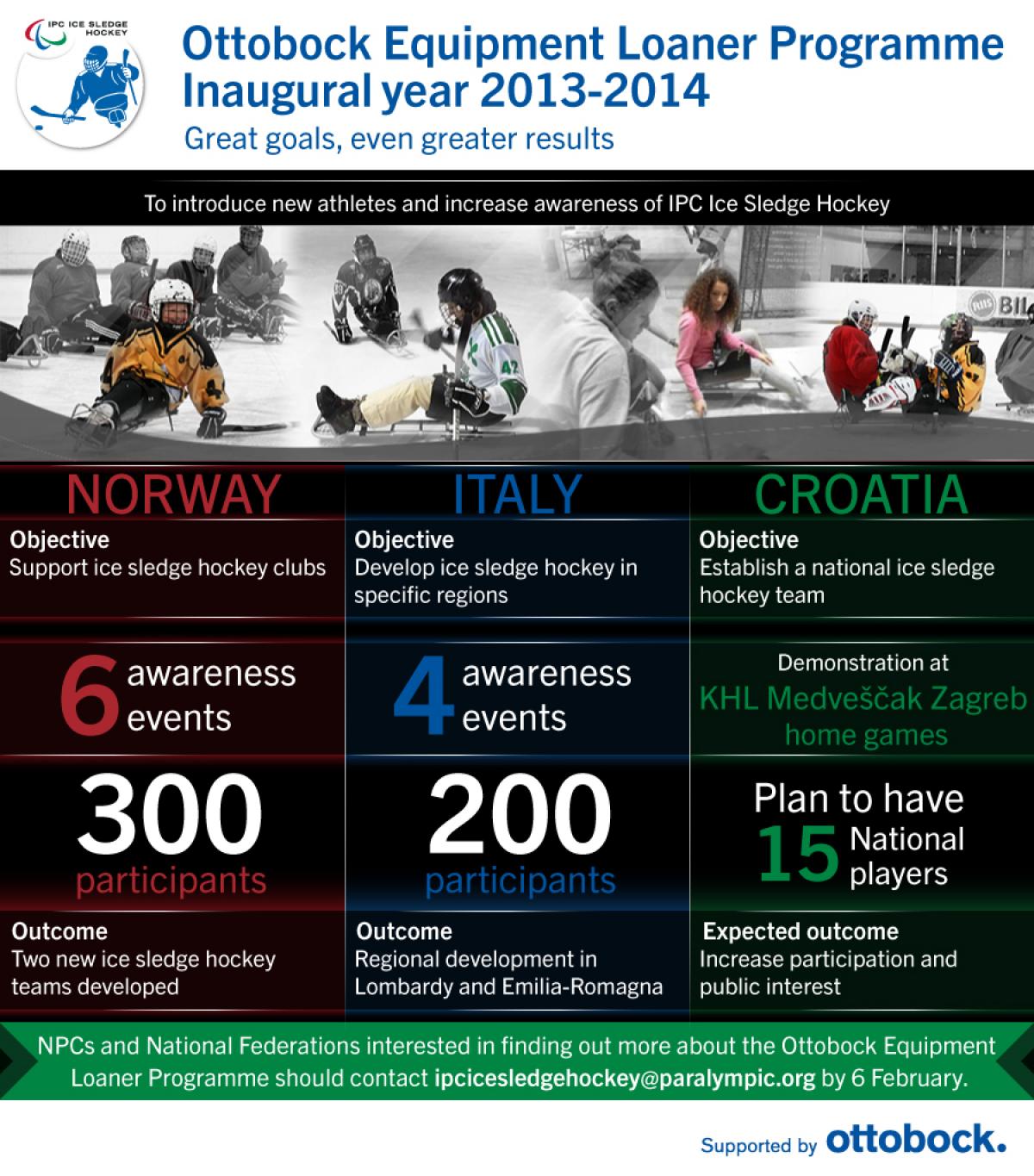 “We are really pleased with how the first year of the Ottobock Equipment Loaner Programme has gone, and the real impact on the development of the sport is clear.“

IPC Ice Sledge Hockey is celebrating the success of the first year of a partnership programme with equipment manufacturer Ottobock, which has seen the involvement of over 500 people and resulted in the development of ice sledge hockey in Italy, Norway and Croatia.

Jessica Korber, IPC Ice Sledge Hockey Manager, said “We are really pleased with how the first year of the Ottobock Equipment Loaner Programme has gone, and the real impact on the development of the sport is clear.“

“We are now looking to find out if more countries are interested in taking part in a potential second round and have published a flyer which we hope will raise awareness of the potential benefits.”

One of the first countries to benefit from the Ottobock Equipment Loaner Programme was Norway, who received 12 sledges on loan for one year.

This helped them to organise six awareness events involving 300 participants, resulting in the establishment of two new teams in Skien and Lillehammer and the hosting of development camps. They also hosted a national tournament which saw 52 players take part in 11 games.

Meanwhile Italy, although they have 56 registered ice sledge hockey players, these were located in just four areas of the country – Varese, Bolzano, Torino and Pontebba. The aim was to bring the sport into more provinces, and the initiative bought four events involving 200 people to develop ice sledge hockey in Lombardy and Emilia Romagna.

Croatia meanwhile have begun to use 12 sledges to begin developing the sport from scratch and build a national team.

The National Paralympic Committee plan to demonstrate the sport in hockey clubs and schools throughout the country, as well as during KHL league games. Their target is to gain 15 national-level players.

IPC Ice Sledge Hockey and Ottobock are now hoping to gauge interest in a second round of the Equipment Loaner Programme.