Both Sweden and Germany opened up their campaigns with wins at the 2012 IPC Ice Sledge Hockey B Pool World Championships. 13 Nov 2012
Imagen 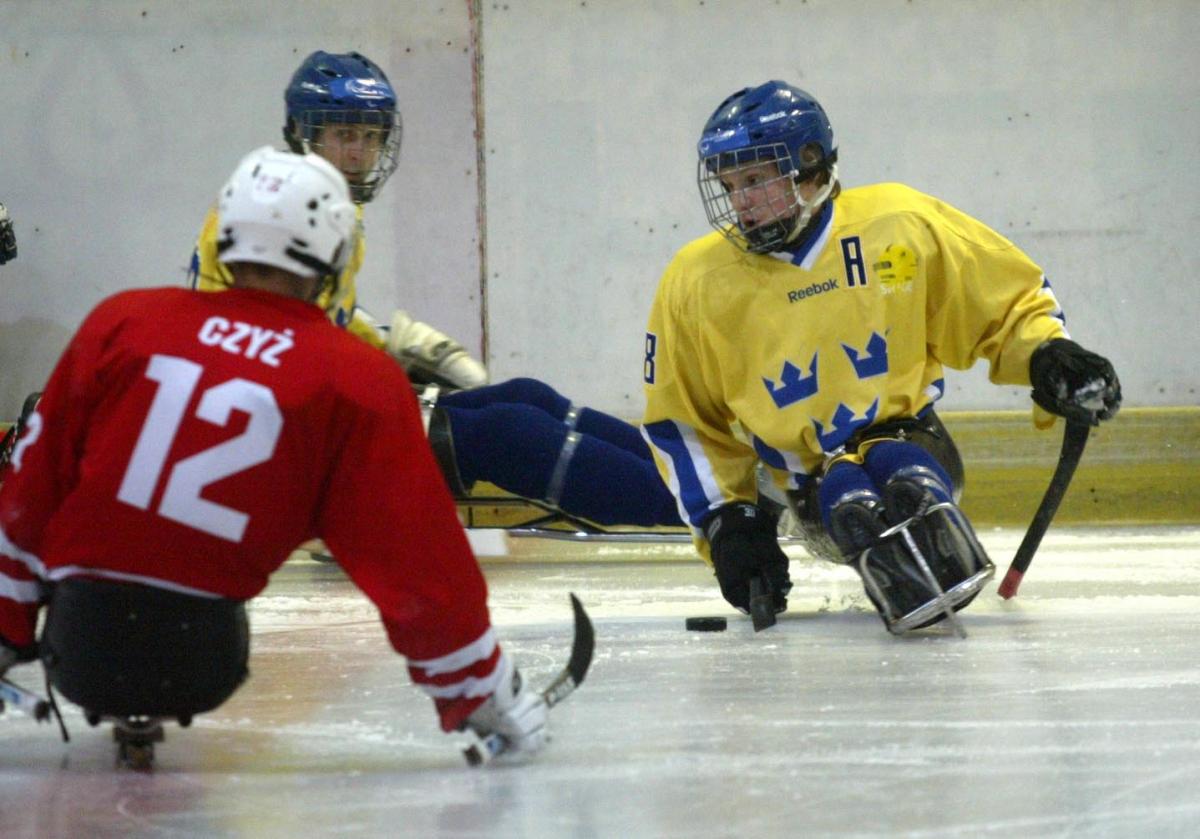 “You can’t describe what it felt like to score all three goals, it was just awesome.”

Sweden topped Poland and Germany defeated the Netherlands to open up the first day of action at the 2012 IPC Ice Sledge Hockey B Pool World Championships in Novi Sad, Serbia on Tuesday (13 November).

Per Kasperi provided the highlight of the day, netting a hat trick to lead Sweden to a 3-2 victory over Poland, who are led by player-coach Sylwester Flis, Most Valuable Player from the 2002 Paralympics.

At 19, Kasperi is the second youngest player on a Swedish squad looking to qualify for Sochi 2014, and he carried the team on his shoulders on Day 1 in Novi Sad, scoring early and often for the winning side.

“We played as we were supposed to,” Kasperi said. “You can’t describe what it felt like to score all three goals, it was just awesome.”

Meanwhile, in the first game, Germany beat the Netherlands, 2-0, with strong play from 10-year veteran Bas Disveld to help the squad break open a scoreless game in the third period.

Germany went into the contest the heavy favourites, but the Dutch kept the game a 0-0 tie until midway through the final period when Disveld found the back of the net. Just a couple of minutes later Sebastian Kessler scored to seal Germany’s win.

“We had a very hard game against the Netherlands,” Disveld said. “After two periods where we scored no goals we had a lot of the pressure on us so were very happy when we scored the first goal.”

“We didn’t expect it to be so tough. It was very hard.”

But the stats say otherwise, as the Germans outshot the Dutch, 22-8, in the matchup, with Disveld and Kessler both recording six shots on goal.

Michael Ten Hoeve had five of the Netherlands’ shots on goal.

Earlier in the day, Tom Koester, a member of the IPC Ice Sledge Hockey Sport Technical Committee, gave the speech during the Opening Ceremony at Novi Sad’s Park Hotel.

Koester commented: “These Championships mark the start of the final countdown of events ahead of the Sochi 2014 Paralympic Winter Games, which are now less than 500 days away.

“Performances here in Novi Sad will go a long way in indicating which teams we could see on the ice in Sochi, not to mention next year’s IPC Ice Sledge Hockey A Pool World Championships in Goyang City, Korea.”

The Championships will continue on Wednesday with two more pool play games. Russia will face Germany at 17:00 and Austria will go up against Sweden at 20:00. Poland and the Netherlands will have practice days. 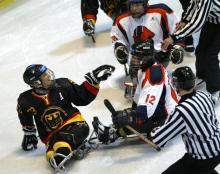 Germany's Udo Segreff, left, and the Netherlands' Arthur Overtoom battle it out on the ice in Novi Sad. 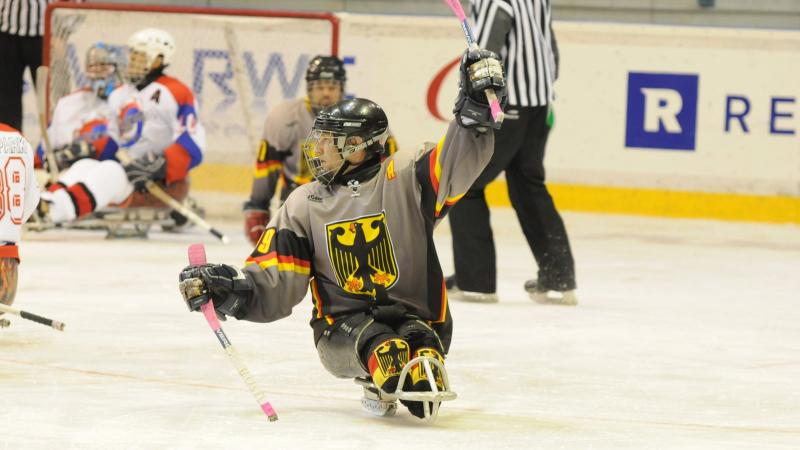