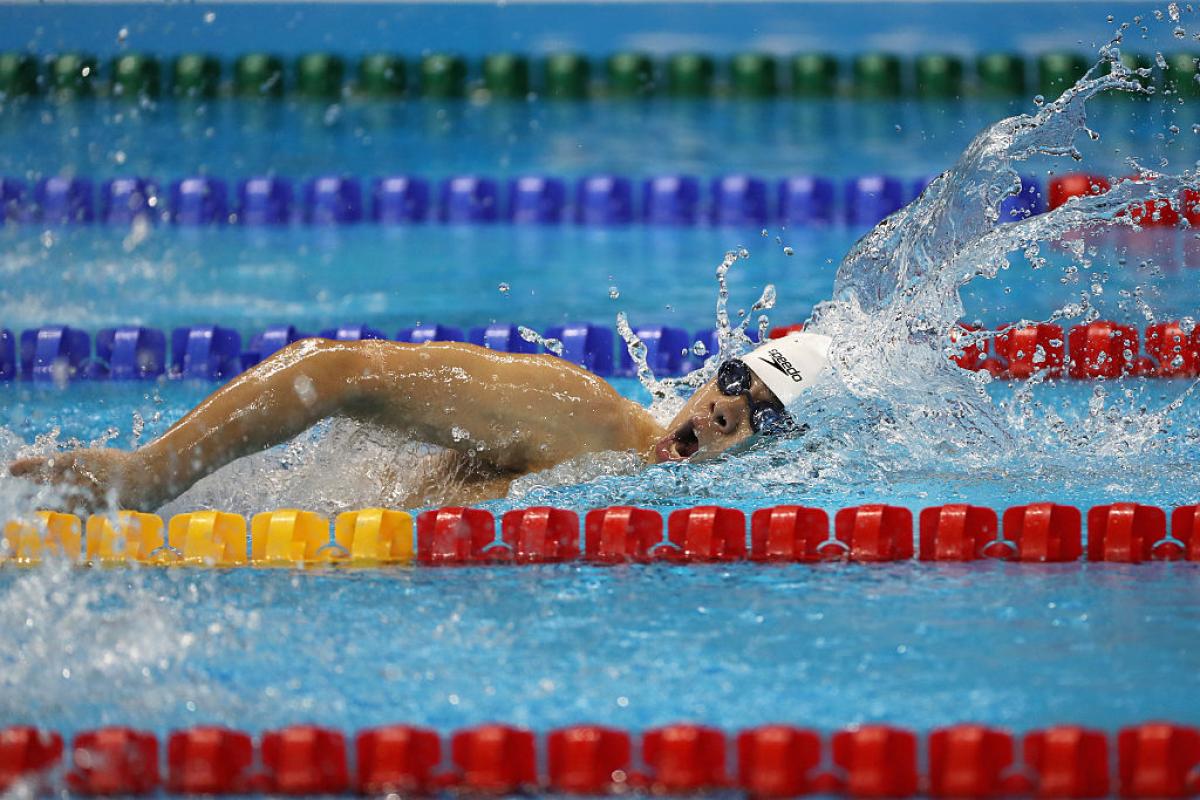 “Swimming brings me confidence and the feeling of speed.”

Teenage swimmer Wai Lok Tang guaranteed his place in the history books by winning the first gold medal for Hong Kong at the Rio 2016 Paralympic Games in September.

The win was all the more extraordinary for the 19-year-old as he had not previously won a medal of any colour at an international event.

He has already got one historic claim to fame. When he made his Paralympic Games debut at London 2012, Tang was the youngest competitor on Hong Kong’s team at the age of just 15. However, he did not manage to place above sixth in any of his events.

Tang competed for his country again at the 2013 and 2015 IPC Swimming World Championships but similarly failed to medal, making his win in Rio all the more remarkable.

He credits his dramatic improvement in performance to his coach and amendments to his training regime.

“I trained hard [and] systematically, six days per week, 22.5 hours per week... and received mental training as well...[I was] mentally well-prepared before the competition and followed the instructions given by my coach.”

He was not nervous before the event, saying that it felt the “same as participating in other overseas competitions.”

In winning gold in the 200m freestyle S14, he also broke the Paralympic record which had already been broken twice that day, first by Great Britain’s Thomas Hamer and then by Australian Daniel Fox in their heats.

Hamer and Fox placed second and third respectively in the extremely close-run final race – first and third places were separated by just half a second.

Tang says that he considers silver medallist Hamer to be his main rival, “because he is such an excellent swimmer”.

Six weeks on, he is still “very happy” about his win, describing it as “unforgettable... [it feels] beyond description.”

He was also surprised to break the Games record: “I did not expect that. I just wanted to do my best and [beat] my personal best as much as I could.”

He missed out on breaking the world record set in 2015 by Russia’s Viacheslav Emeliantsev by a mere five-hundredths of a second.

His main aim for future competitions is the same as it was in Rio: to beat his personal bests in each competition. So there is potential for Tang to claim a future world record too.

After taking up swimming in 2004, encouraged by his mother who hoped that it would help him to become stronger, he discovered a natural talent for the sport.

“Swimming brings me confidence and the feeling of speed,” he said, “and I also enjoy the feeling in the water.”

Tang is currently a student, and attends school in the daytime, studying a general secondary school curriculum. At the moment, he does not know if he wants to become a professional athlete. His performance at Rio 2016 will provide an excellent basis if he decides to follow that path.