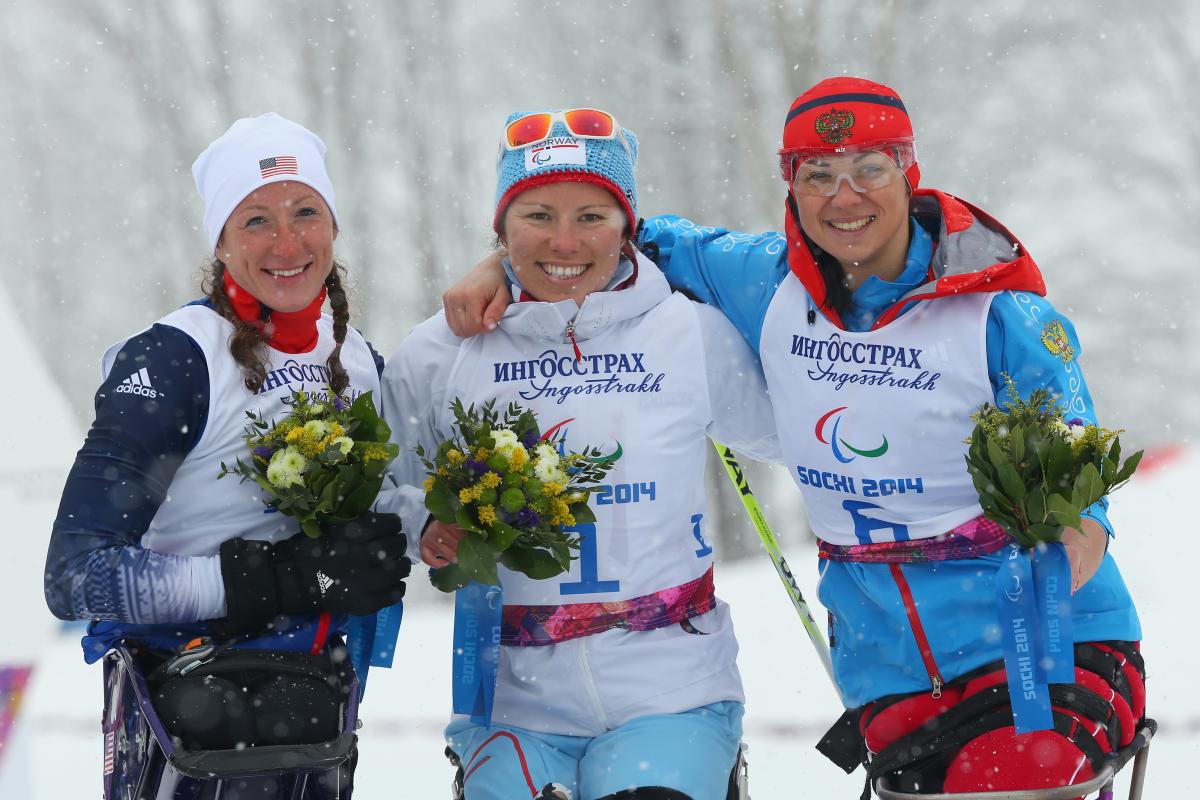 “I was really nervous and it’s been a really long day. You had to go through several rounds and I just had to concentrate on making the final. I knew it was going to be extremely tough so I did not expect to medal. From that start line I just had to give it 110 per cent.”

American wheelchair racing star Tatyana McFadden collected her first-ever medal at a Paralympic Winter Games, as the 24-year-old finished with silver in the women’s 1km sitting sprint in Sochi on Wednesday (12 March).

McFadden, who also has 10 Summer Paralympic medals to her name from wheelchair racing, pushed strong to the finish line for gold but was edged out by Norway’s Mariann Marthinsen by 0.1 seconds.

It was a mirror image of the form she produced to complete a marathon Grand Slam and win six IPC Athletics World title in 2013, and McFadden said it felt like a long-distance race.

“I was really nervous and it’s been a really long day. You had to go through several rounds and I just had to concentrate on making the final. I knew it was going to be extremely tough so I did not expect to medal. From that start line I just had to give it 110 per cent.”

Marthinsen claimed gold in a time of 2:45.6 with McFadden following and Russia’s Marta Zaynullina winning bronze in 2:46.6.

In the men’s 1km visually impaired sprint, Canada’s Brian McKeever added to his impressive gold medal haul despite falling early in the race.

The 34-year-old now has nine Winter Paralympic gold medals to attach to his 13 world titles as he crossed the finish line in 3:59.6 followed by Sweden’s Zebastian Modin (4:01.4) and Russia’s Oleg Ponomarev (4:05.0), who took silver and bronze, respectively.

McKeever was tripped by his own guide Graham Nishikawa but they managed to regroup and push back into first-place position.

"There was the instant F-bombs, but once we got up, we realised we were still in the race."

Russia increased their lead at the top of the medals table with more dominant victories in cross-country skiing as they continued their medal monopoly on home snow in Sochi.

Roman Petushkov earned his fourth gold medal of the Games with a powerful finish in the men’s 1km sitting sprint. He went head-to-head with 19-year-old compatriot Grigory Murygin but Petsuhkov stormed ahead and across the finish line in 2:29.4.

Murygin followed in 2:30.6 with Ukraine’s Maksym Yarovyi ruining the chances of another podium sweep as he beat Irek Zaripov in a time of 2:31.6.

Sweden’s world champion Helene Ripa failed to qualify for the semi-finals of the women’s 1km standing sprint, as she finished 15th in qualifying. In the final, Russia’s Anna Milenina was crowned the Paralympic champion with a time of 4:26.9.

In the women’s 1km visually impaired sprint, Mikhalina Lysova and Elena Remizova completed a Russian one-two with six seconds between the pair. Lysova finished in 4:11.5 with Rezimova crossing the line in 4:17.1.

Ukraine’s Oksana Shyshkova earned a bronze medal with a time of 4:24.6.

Mikhaylov upgraded from the sprint silver he won in this event four years ago in Vancouver as he won the race in 3:53.5 with Minnegulov (3:53.8) and Lekomtcev (3:54.6) finishing behind him.

"I'm happy because this is a load off my mind,” Mikhaylov said.

“It was a Russian final and yes, it is hard to compete against my friends.”