Teams To Try Out Tactics at Wheelchair Rugby Test 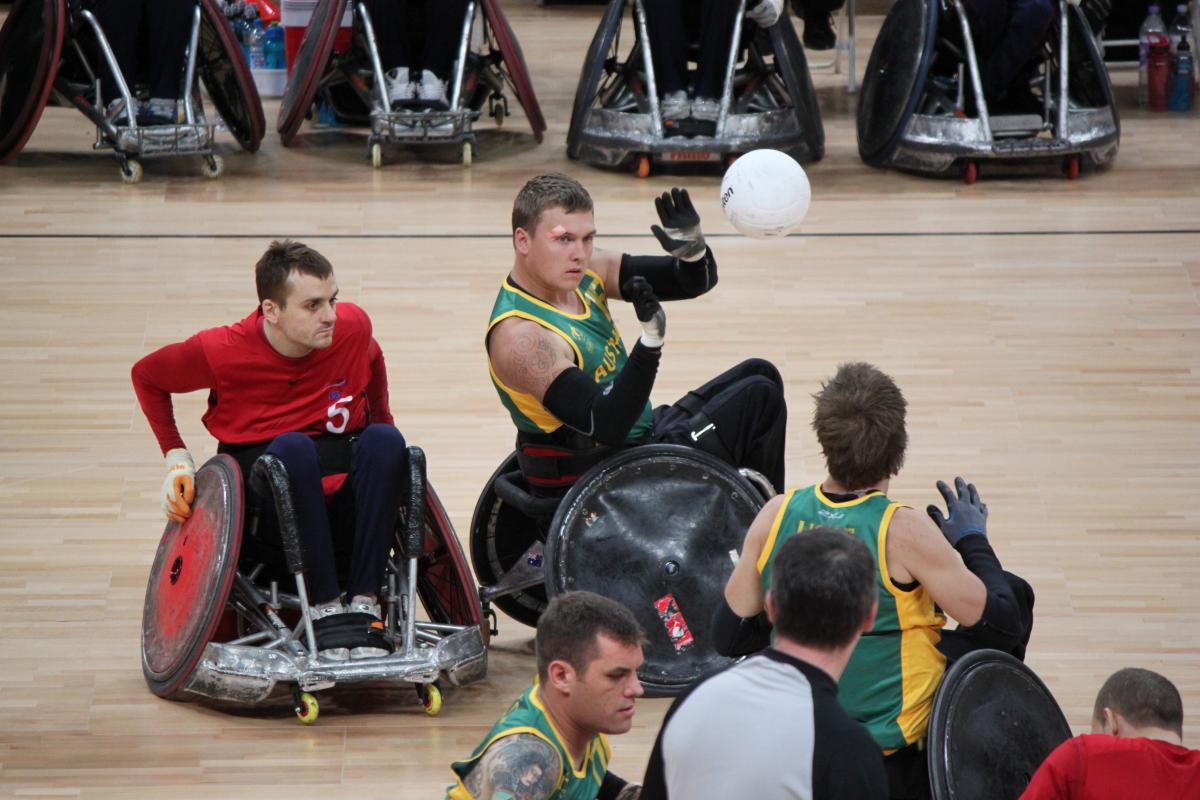 “I think the venue is absolutely amazing. There certainly aren't many other wheelchair rugby venues like this in the world. To play here when it's full to capacity will just be absolutely unbelievable."

As part of the London Prepares series, the Wheelchair Rugby test event will kick off on Wednesday (18 April), featuring four of the worlds top teams: Great Britain, Sweden, Canada and Australia. Organizers will use the event to test key aspects of their operations in preparation for the Games, and teams will familiarize themselves with the venue and their opposition.

Great Britain, who play Sweden and Canada on Wednesday and Australia on Thursday, are fresh out of a training camp and hoping to test out newly learned tactics and team combinations.

In Wheelchair Rugby players are assigned a point value (0.5-3.5) based on their functional ability. During play, the on-court point value for each team of four players cannot exceed 8. Teams use different combinations of players for different tactical advantage.

“We're looking to run our line-ups, test what we're going to use for the Paralympics, and generally get a feel for where we are in relation to some of the top teams out there,” said Ross Morrison, one of the top goal-scorers for Great Britain.

“I think we're doing really well. We're on good form, playing some great rugby and I can't wait to get out there and show some of these guys just what we're about,” he added.

In Tuesday's training, Great Britain played Australia in a friendly match, which Australia won 54-48, but their first official test match is against Sweden, who won the European Championships after beating Great Britain in the finals.

“The fact that they're current European champions speaks for itself,” said Great Britain's Mike Kerr, a 1-pointer defensive player. “They've got a good balance, a couple of really good high-pointers. I think they've got a pretty strong team.”

“But I think we're shaping up pretty well. We've got a fairly new, young squad, a hungry squad. I think we're well on the right road,” he added.

The Great Britain team have built up a bit of a reputation for coming fourth, having just missed the medals at the last two Paralympic Games and at two World Championships, but since most of the squad is made up of new players, Kerr says London is a chance to start a new pattern.

“If you look at the squad there's only two or three players that have actually finished fourth before. Apart from that, it's a whole new squad. So the rest of the squad doesn't really know what it feels like coming fourth, so our main aim is to medal.”

The Wheelchair Rugby events at the Paralympics will take place from 5-9 September in the Basketball Arena, a new venue located in the north of the Olympic Park. Kerr, like the other players, was very impressed with the venue, which is one of the largest temporary facilities ever built for a Games.

“I think the venue is absolutely amazing. There certainly aren't many other wheelchair rugby venues like this in the world. To play here when it's full to capacity will just be absolutely unbelievable.

“Obviously with the home crowd it puts you under a wee bit more pressure, but it's obviously good that we'll have 12,000 fans predominantly cheering on GB. It'll certainly put the opposition under a lot of pressure as well,” he said. 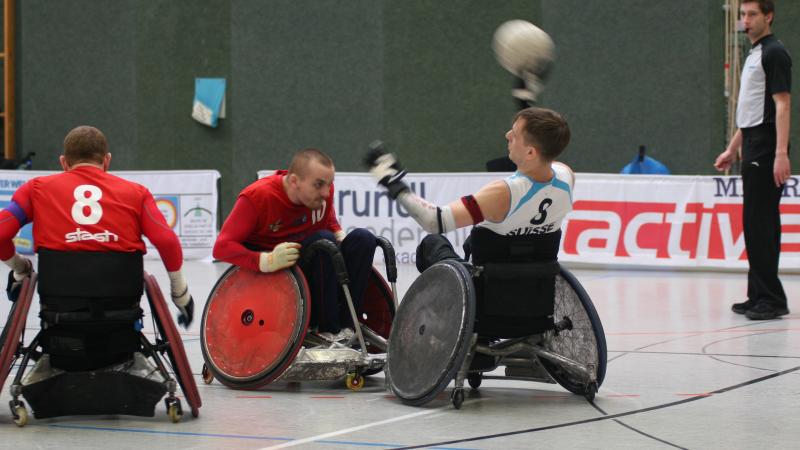