A pulled hamstring did not stop the Brazilian sprinter from finishing the men’s 100m T46 race at the London 2012 Paralympic Games. 25 May 2017 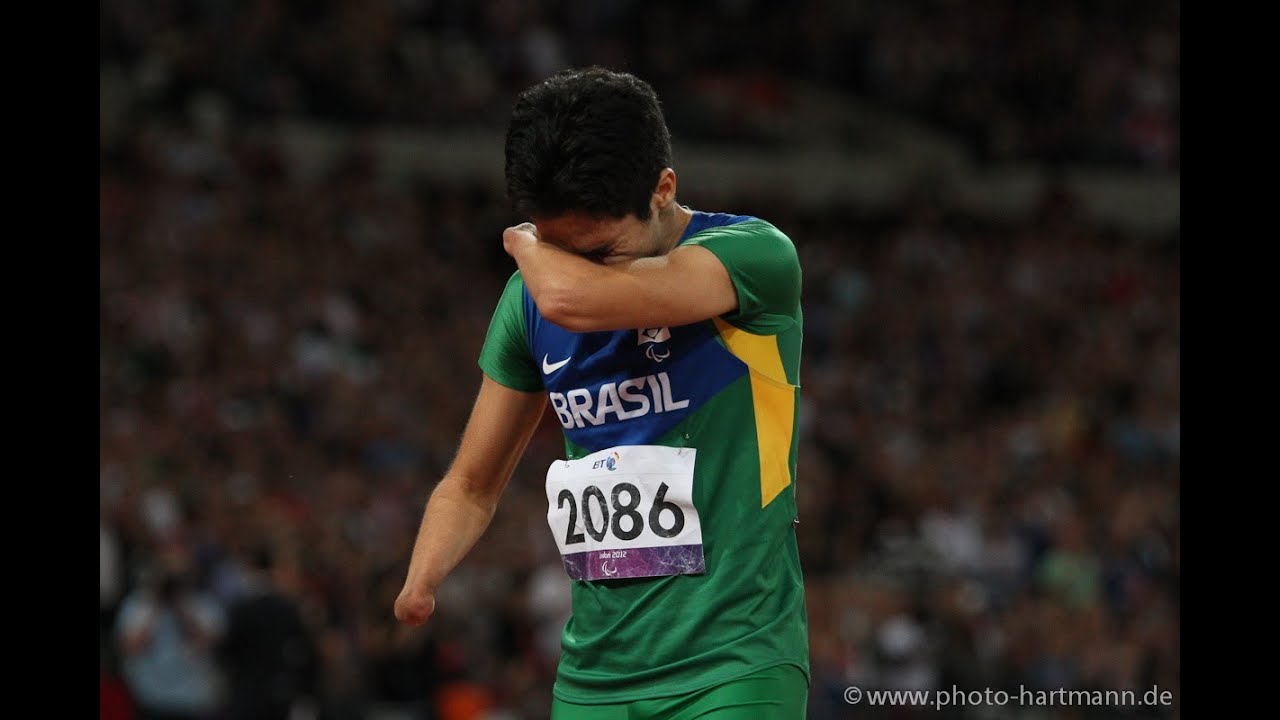 Yohansson Nascimento was full of joy after claiming his first Paralympic gold medal in the men’s 200m T46 at the London 2012 Paralympic Games.

Motivated by victory, he decided to compete in the 400m T46 - claiming silver - despite the fact he was a specialist in the shorter distances.

“I did not expect to win that second medal, it was a bonus and gave me a confidence boost ahead of my last event (100m T46), where I was hoping to claim another Paralympic title,” Nascimento said.

In the 100m T46 heats, he qualified fastest with a time of 10.94. Although he lined up as favourite for gold in the final, he was concerned about his ability to perform to his best.

“I was the fastest in the heats, but there was one problem. I pulled my hamstring and knew that there was a big chance for me of making it worse if I ran the final,” he admitted.

But the eight-time world medallist still wanted to compete because “you don’t run a final at a Paralympic Games, the world’s biggest Para sport competition, every day.”

The race started well for the Brazilian, who led until the 30m mark.

“It was then that I felt a strong pain and realised I could not keep running. I tried, but could not,” he said. Sore and bitterly disappointed, Nascimento threw himself to the floor and started crying. His dream of winning a second Paralympic gold was over.

“But when I was lying on the floor I told myself that I could not end my participation like that. I needed to cross the finish line, at least by dragging myself,” he recalled.

Weeping and with a face full of pain, Nascimento picked himself up. With the support of 80,000 people behind him, he slowly limped to the finish line.

“The fans gave me extra strength. I then felt I left the stadium triumphant because I proved to myself and to everyone that you should never give up,” he said.

Five years on, Nascimento will return to the place where he delivered one of the most iconic moments in Paralympic Games history to compete at July’s World Para Athletics Championships.

“To be back there will be magical. I won my first Paralympic gold medal on that track in London,” he said. “I hope this time I do not have any injury and can win more medals.”