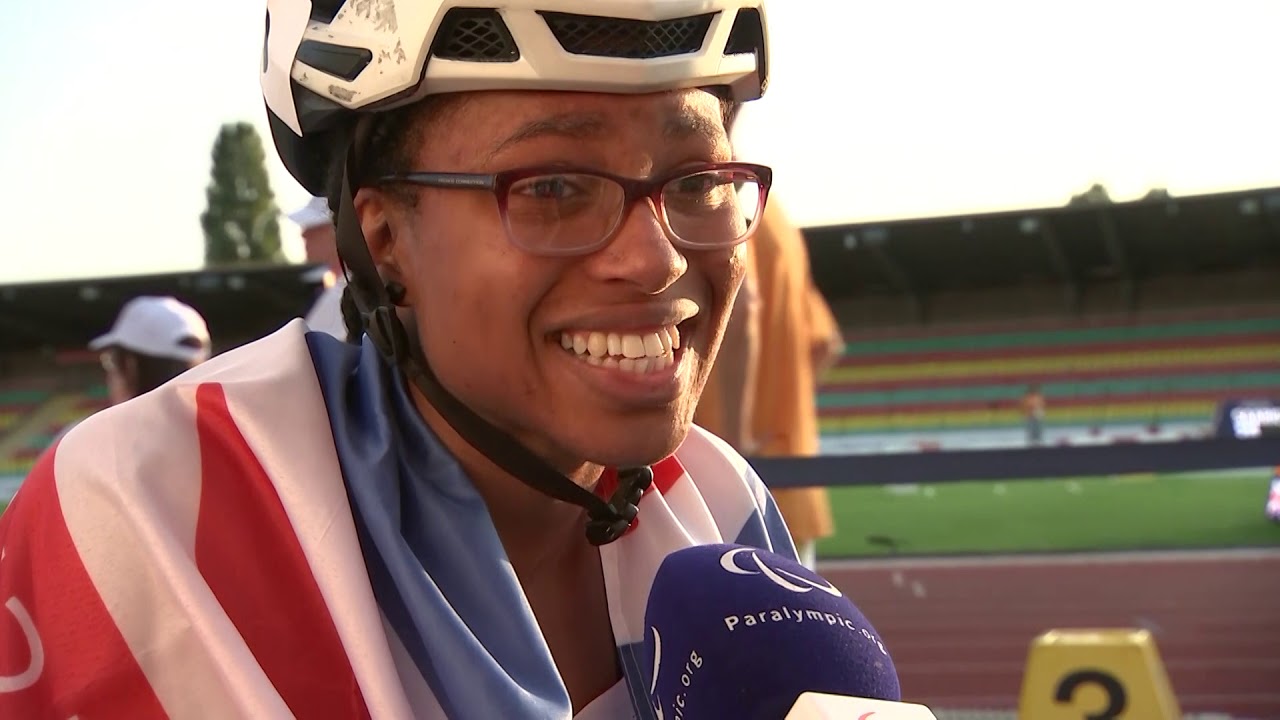 “I am so excited for Tokyo; I always wanted to go to Japan. It is such a great opportunity. Rio went really well but in Tokyo I am going to be 19, be strong and hopefully try fight for gold in both distances.

Kare Adenegan is the bright new face of British athletics. On Wednesday, she won the European title in Berlin in the women’s 100m T34, ending her hero and Paralympic legend Hannah Cockroft’s unbeaten run at major Championships.

Only a month earlier, the 17-year-old had knocked more than three tenths of a second off Cockroft’s previous world record, crossing the line in 16.80 seconds.

“I am feeling so amazing. [The] Anniversary Games is great but European Championships are really where it is at. It is about doing it at championships,” said Adenegan. “Coming in I thought ‘Oh, I have to do it again’ and I am so relieved I have done it.

“It went so well. I had a really decent winter, very strong coming into this, a lot of training. I am so happy it paid off. I know this track is a little bit slower than the Anniversary Games but I am so pleased with the time, especially on this track. I am really happy.”

‘I would not be doing the sport without her’

Adenegan grew up looking up to Cockroft and would have never imagined eventually beating the five-time Paralympic champion. But she did, becoming the first athlete in seven years to defeat her at the 2015 Grand Prix Final in London, Great Britain.

“I have so much respect for Hannah. I would not be doing the sport without her. I watched her and she inspired me because she was in my equivalent class at the time. She is so amazing,” said Adenegan.

“It’s sports and I got to a point in the season where I was kind ‘I cannot settle for silver or bronze anymore, I have to go for gold.’”

These outstanding results keep her on course for Paralympic success. Adenegan made her debut at Rio 2016, winning one silver and two bronze. But she is hoping to take a leap forward for 2020.

“I am so excited for Tokyo; I always wanted to go to Japan. It is such a great opportunity. Rio went really well but in Tokyo I am going to be 19, be strong and hopefully try fight for gold in both distances.

“Obviously the 100m has gone so well this season and I want to keep that going. But I want to get stronger in the 800m and hopefully I can do well in both of them.

“Coming into the race [in Berlin at the Europeans] I thought ‘I am the world lead, I have to carry that on.’ I will feel it [in Tokyo] but I will be ready for it and whatever happens I will be really happy with myself.”