Four designs are up for consideration, with the final decision to come on 25 April. 08 Apr 2016
Imagen 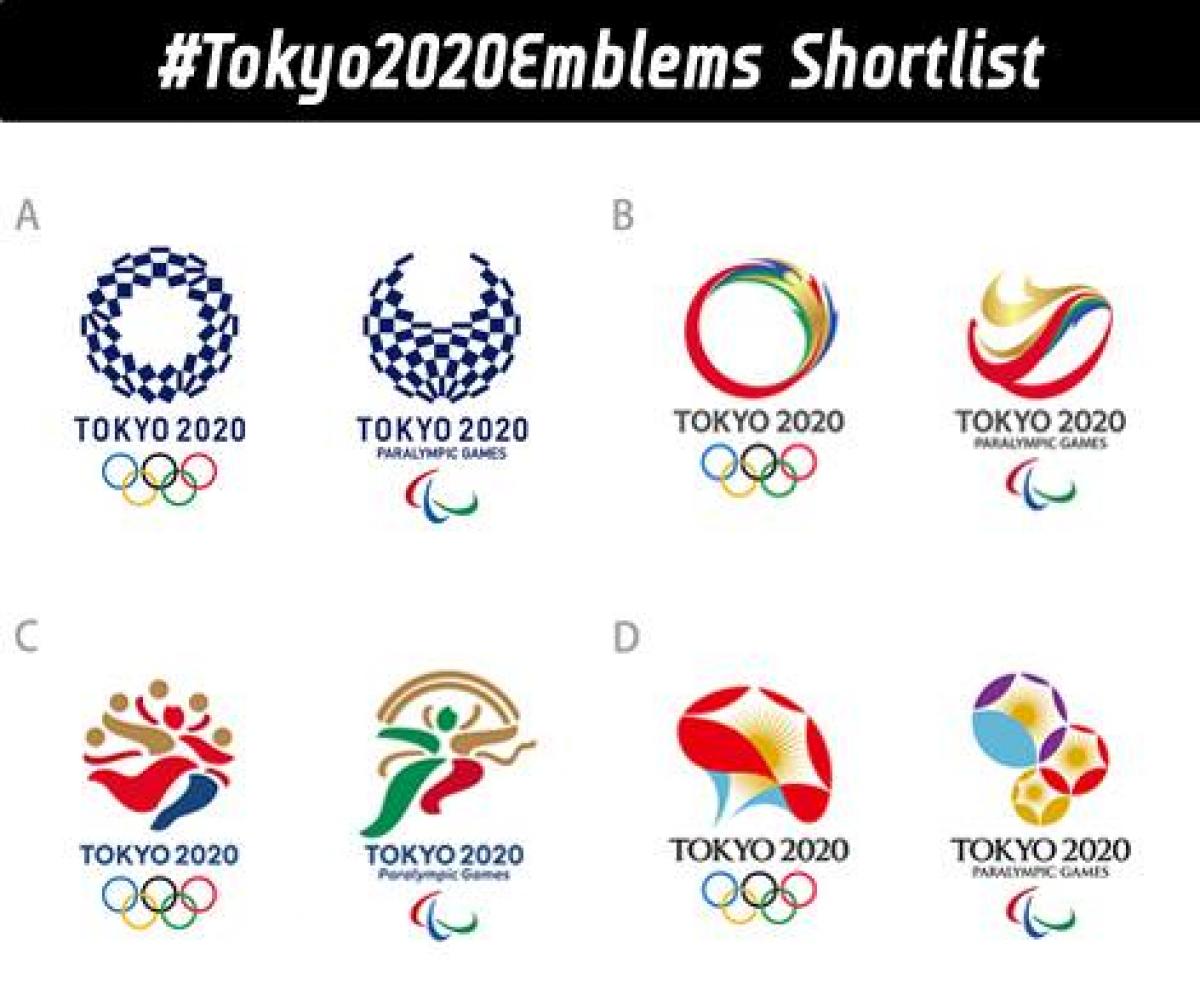 Four emblem designs shortlisted by the Tokyo 2020 Emblems Selection Committee were unveiled Friday (8 April) during a ceremony in Tokyo.

The four designs, along with an explanation of their respective design concepts can be found below.

“Since the deadline for applications last December, we have implemented a series of format and design checks on all entries, and have received the cooperation of design experts during the design checks. We have also undertaken both domestic and international trademark verification procedures. Throughout this process, the members of the Tokyo 2020 Emblems Selection Committee have conducted a series of intensive discussions and careful selections, and we have finally whittled down the original 14,599 entries to a final shortlist of four outstanding designs,” explained the Tokyo 2020 Emblems Selection Committee.

During the application process, the Tokyo 2020 Emblems Selection Committee referred all applicants to the Tokyo 2020 Games Vision and the following seven key concepts to inspire their designs: the Power of Sport, Japanese-ness and Tokyo-ness, World Peace, Personal Best and Utmost Efforts, Sense of Unity and Inclusion, Innovation and Future-Oriented, Reconstruction and the Power to Rise Up.

Until Sunday, 17 April, Tokyo 2020 will be inviting opinions from the general public on which designs they feel most strongly convey one or more of the seven key concepts. Opinions will be accepted either online or by postcard.

The Tokyo 2020 Emblems Selection Committee will make a final decision on the winning emblem design, which will be forwarded to the Tokyo 2020 Executive Board for final approval. The official Tokyo 2020 emblems will be announced on Monday, 25 April. The winning entry will receive an official invitation to attend the opening ceremonies of both the Tokyo 2020 Olympic and Paralympic Games.

Chequered patterns have been popular in many countries around the world throughout history. In Japan, the chequered pattern became formally known as “ichimatsu moyo” in the Edo period (1603–1867), and this chequered design in the traditional Japanese colour of indigo blue expresses a refined elegance and sophistication that exemplifies Japan.

Composed of three varieties of rectangular shapes, the design represents different countries, cultures and ways of thinking. It incorporates the message of “unity in diversity.” It also expresses that the Olympic and Paralympic Games seek to promote diversity as a platform to connect the world.

This design expresses the connection between the dynamism of the athletes and the joy of the spectators, and the expansion of peace and harmony throughout the world.

It seeks to encompass mental and physical strength, dynamic movement and speed, and the euphoric emotions that the world derives from outstanding athletic performances.

The design also conveys the respect and warm hospitality that will be accorded to visitors from around the world to the Tokyo 2020 Games.

These emblems were inspired by the traditional Wind God and the Thunder God, and seek to convey dynamic movement at the instant an athlete breaks the tape on the finish line. They also represent athletes as they endeavour to attain and surpass their personal best.

The Wind God and the Thunder God have been much loved by the people of Japan for centuries (e.g. the famous painting by the early 17th century Japanese artist Tawaraya Sotatsu, and the statues of these Gods at the Kaminari-mon Gate in Tokyo’s Asakusa district).

In the original depiction, the taiko drums held by the Thunder God are represented by fireworks, while the Wind Cloth held by the Wind God is replaced by the portrayal of a rainbow to symbolise the concepts of peace, diversity and harmony.

The emblems also express the athletes’ continued contribution to peace through their mental and physical tenacity, and a connection to the future.

The morning glory flower, as it faces up towards the heavens to greet the new morning, expresses the faces of athletes striving to attain a personal best and the bright faces of people as they applaud the athletes. The upward-looking morning glory also represents the climax of this range of emotions.

The seed of the morning glory sprouts, the vine grows, and the flower opens – the process of the flower growing and eventually returning to seed conveys the sense of expectation for the Games and succession to the next generation.

This flower was particularly popular during Japan’s Edo period (1603–1867), and remains a firm favourite (e.g. as subject for “Ukiyoe” prints).

It signifies a heightened sense of anticipation towards the 2020 Games and the warm welcome that visitors from around the world will receive. 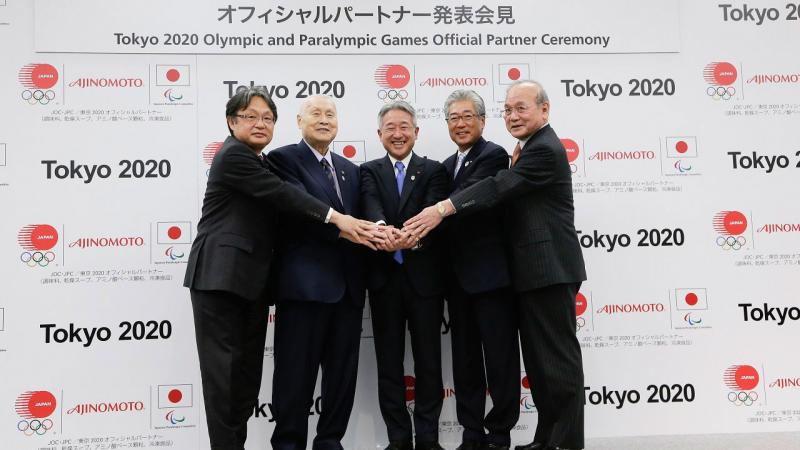 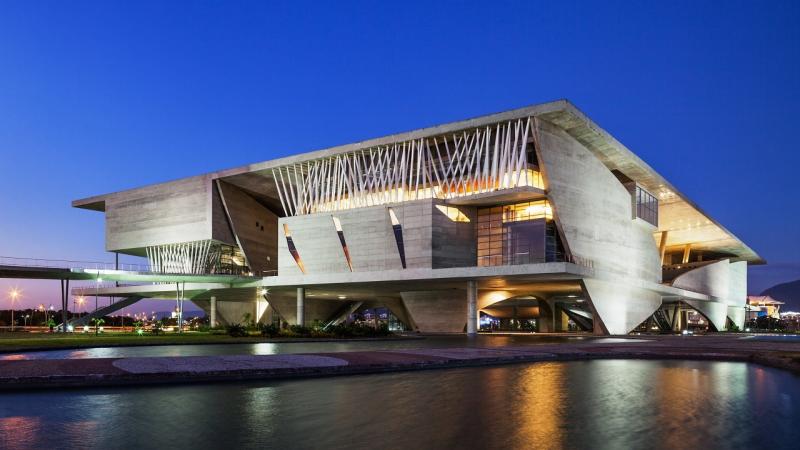