The Chinese T11 sprinter opens her account for the season this weekend at the IPC Athletics Grand Prix in Beijing, China. 20 Apr 2016
Imagen 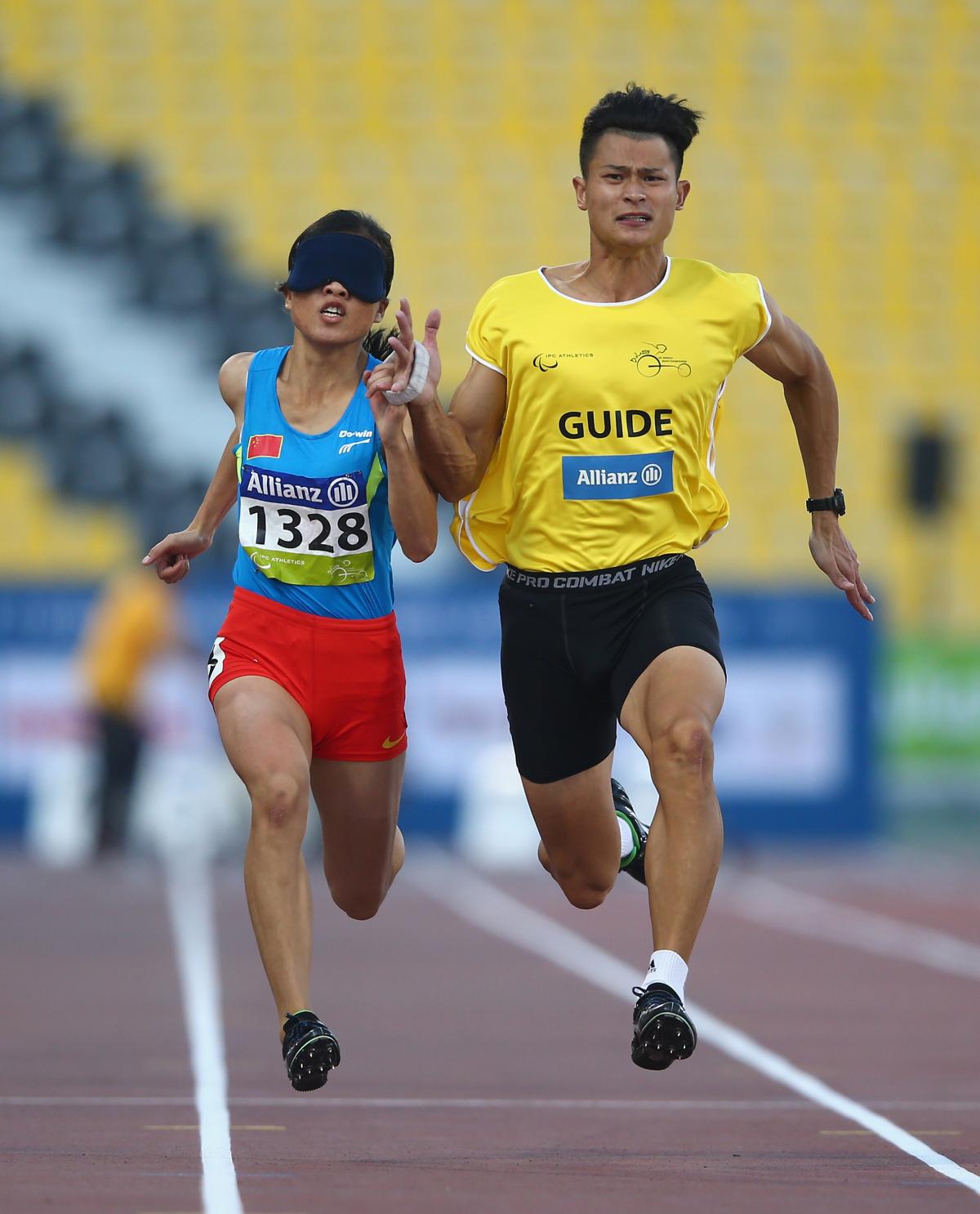 Ciuqing Liu of China competes in the women's 100m T11 at the 2015 IPC Athletics World Championships in Doha, Qatar.

China’s Cuiqing Liu stormed to a hat-trick of individual gold medals at last year’s World Championships, and she is determined to use that winning experience to great effect in 2016.

Liu claimed a major scalp when she got the better of Brazil’s multiple world and Paralympic champion Terezhina Guilhermina on the track in Doha, Qatar, last October.

The Chinese sprinter claimed all three of Guilhermina’s global titles - the 100m, 200m and 400m T11 –but it was perhaps no big surprise, given her impressive form in the months leading up to the World Championships, which included no fewer than five gold medals at the 2014 Asian Para Games.

Now, with the Rio 2016 Paralympic Games on the horizon, she’s hungry for more.

“I’m so thrilled to get this result in the World Championships. But the coming competitions will be fiercer and fiercer. I will spare no efforts to show the best me in the Games,” said Liu who was shortlisted for this week’s Laureus Sport Awards.

This weekend Liu has the chance to show just how much she is continuing to improve as she opens her season at the fifth IPC Athletics Grand Prix of the year, which takes place from 22-24 April on home turf in Beijing, China.

At the same Grand Prix 12 months ago, Liu notched up a hat-trick of individual wins on the track. She was also part of the world record-breaking Chinese 4x100m T11-13 relay quartet that went on to win world gold later in the year.

If her performances then were an indication of what was to come on the world stage, then there is every reason to keep a close eye on Liu this time around too.

“This is the first competition for me this year,” explained the Nanning-born sprinter, who will race against the likes of Asian Para Games silver medallist Yan Chen and multiple Paralympic medallist Juntingxian Jia once again.

“My goal is to perform what I can achieve in my winter training. I will take every competition seriously and make full preparation for the Games. My goal is to make progress in each competition and improve my skills.”

Crossing the line to win that first global gold made the 24-year-old all the more determined to keep on winning – and to keep her place at the top of the world.

“As a new athlete, I have gained such a great confidence that I could win a gold medal when I took part in the 400m at the World Championships for the first time. From now on, what I should do is to keep improving my skills and bring out the best in me,” she explained.

“Since the competition in Doha, I have been more confident. I also find room for improvement. I will try my best to do better at the Games in Rio.”

As for taking on the Paralympic champion and multiple world record holder once again in September, Liu believes she can turn a potentially daunting situation to her advantage.

She certainly has no qualms about taking on Guilhermina in Rio, where the Brazilian will enjoy the support of the home crowds.

“It is such a delight for me to compete with the defending champion. I have learned a lot from her,” added Liu.

“When the timing and geographical conditions are not favourable to me, I would feel some stress. However, stress can be my power. I will get well prepared for the coming Games.”

That preparation begins this week in Beijing.