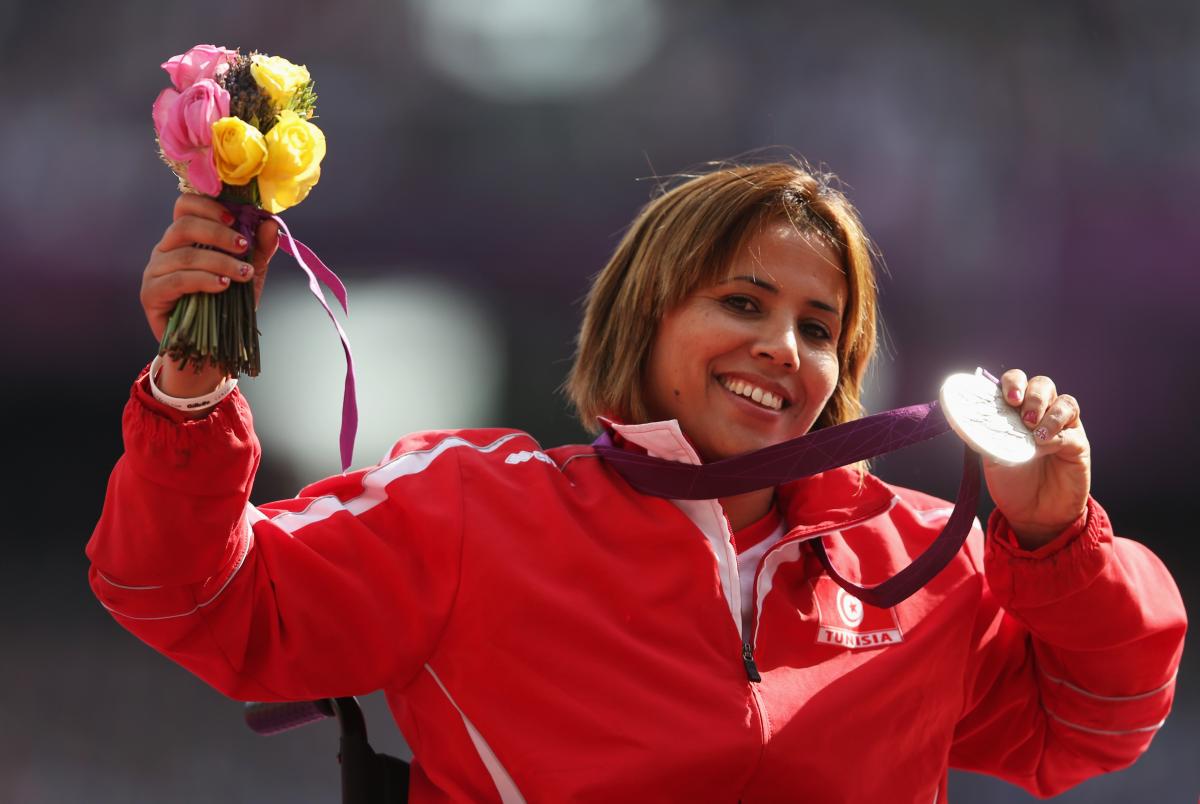 Tunisia's silver medallist Hania Aidi on the podium during the medal ceremony for the women's javelin F54/55/56 at the London 2012 Paralympic Games.

Tunisian women dominated on home turf on the second day of competition (Friday 14 April) at the World Para Athletics Grand Prix in Tunis.

Paralympic silver medallist Hania Aidi (F54) came out on top in the women’s shot put F54/55/56/57. The 39-year-old, who carried Tunisia's flag at the opening ceremony of the Rio 2016 Paralympic Games, secured victory with her fifth-round effort of 6.91m (889 points).

Tunisia’s Yousra Ben Jamaa came out on top in the javelin F34 – her throw of 14.79m matched that of Moroccan Saida Amoudi, but her next best effort was better than that of Amoudi.

There was a win for Greek reigning world champion Dimitra Korokida in the shot put F52/53 - both her fifth and sixth throws measured 4.24m (838 points).

Tunisia also took the two top spots in the men’s club throw F32 – Wassim Mtarrab managed a final round effort of 32.02m to seal the win ahead of early leader Abdennacer Feidi (31.43m).

The third and final day of action in Tunis continues on Saturday 15 April. 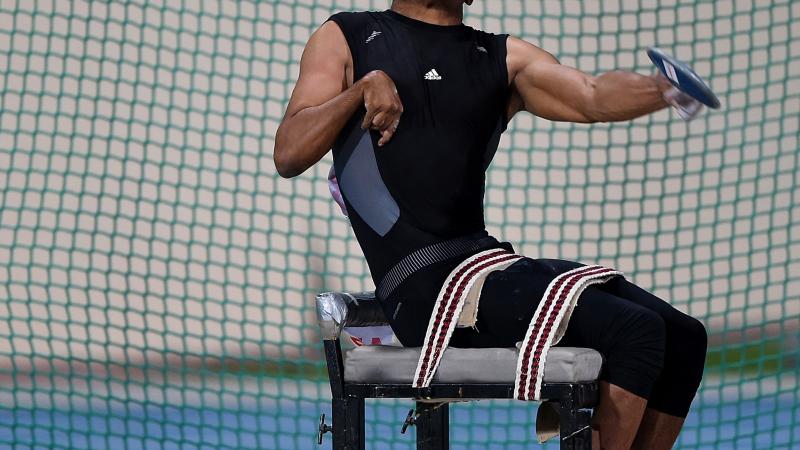