Fifth day of Athletics competition will see twenty gold medal events, including the first of the relay action in the women’s 4x100m T35-38. 04 Sep 2012
Imagen 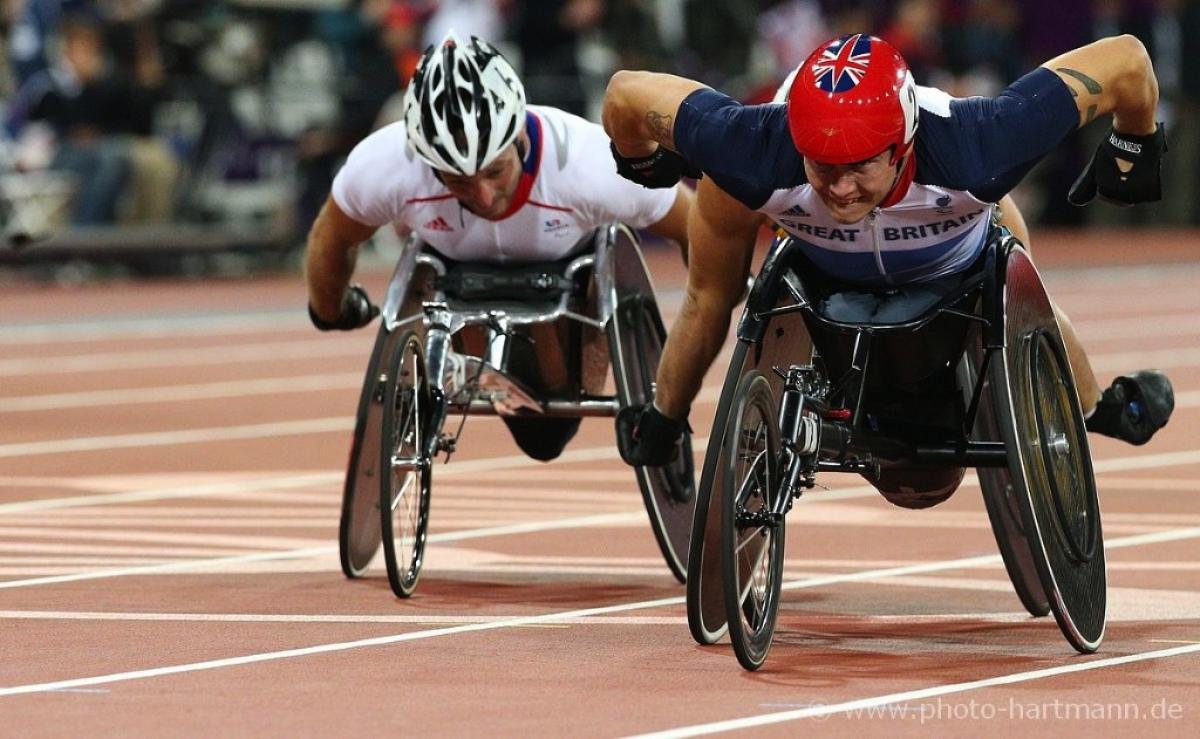 Round one of the women’s 800m T54 takes place, with the reigning world champion Tatyana McFadden out to improve on the silver medal she won in Beijing.

Paralympic champion and home crowd favourite David Weir is back on the track on Tuesday evening for the men’s 1500m T54 final after qualifying in the heats just behind world record holder Marcel Hug of Switzerland and Paralympic record holder Prawat Wahoram from Thailand. Kurt Fearnley picked up silver behind Weir in the 5000m T54 on Sunday (2 September), and he will also be hoping to be back in the mix for a place on the podium after winning his heat.

El Amin Chentouf of Morocco, who qualified comfortably in first place in the opening heat of the men’s 1500m T13, will be aiming for another strong performance in the final on Tuesday. Kenya’s David Korir will likely be a big threat after he set a new Paralympic T13 record with a time of 3:52.96 to finish second fastest in the heats. Watch out too for his fellow Kenyan, Henry Kirwa, as well as world record holder Tim Prendergast.

Another current world record holder, Abraham Tarbei, who is also the men’s 1500m T46 defending Paralympic champion, challenges the quickest qualifier from the 1500m T46 heats, Samir Nouioua of Algeria, when they come face to face in the final on Day 6 of the London 2012 Paralympic Games.

Assia El Hannouni of France has high hopes of finishing with a gold medal in her favourite event (400m T12) before she retires after the Games. The world record holder faces Ukraine’s Oxana Boturchuk who ran a personal best in the semi-finals.

Round one of the women’s 800m T54 takes place, with the reigning world champion Tatyana McFadden out to improve on the silver medal she won in Beijing. Also vying for a place in the final will be Edith Wolf, who won 5000m T54 gold on Sunday (2 September).

And there’s the first of the relay action on the track too, with the final of the women’s 4x100m T35-38. Russia are the current world record holders, and they line up against Australia, Great Britain, China and Germany.

There’s plenty of action in the field events too, kicking off in the morning with the men’s shot put F57/58 final. Watch out for the world record holders from both classifications, Jamil Saleh Elshebli of Jordan and Russia’s Alexey Ashapatov, who will be battling it out along with the other competitors for the highest points score.

World champion Abdolreza Jokar of Iran and the bronze medallist from the World Championships in New Zealand, Mauro Maximo de Jesus, are the ones to look out for in the men’s javelin F52/53 final, with world record holder Peter Martin of New Zealand also posing a threat.

And there’s a stellar line-up in the women’s discus F57/58 final on Tuesday (4 September) evening, with the likes of world and Paralympic F57 record holder Nadia Medjmdji, bronze medallist in Beijing, up against Nassima Saifi, the world record holder in the F58 classification.

"Swiss Silver Bullet" Marcel Hug will be one to watch in the London 2012 Paralympic Games Athletics competition.