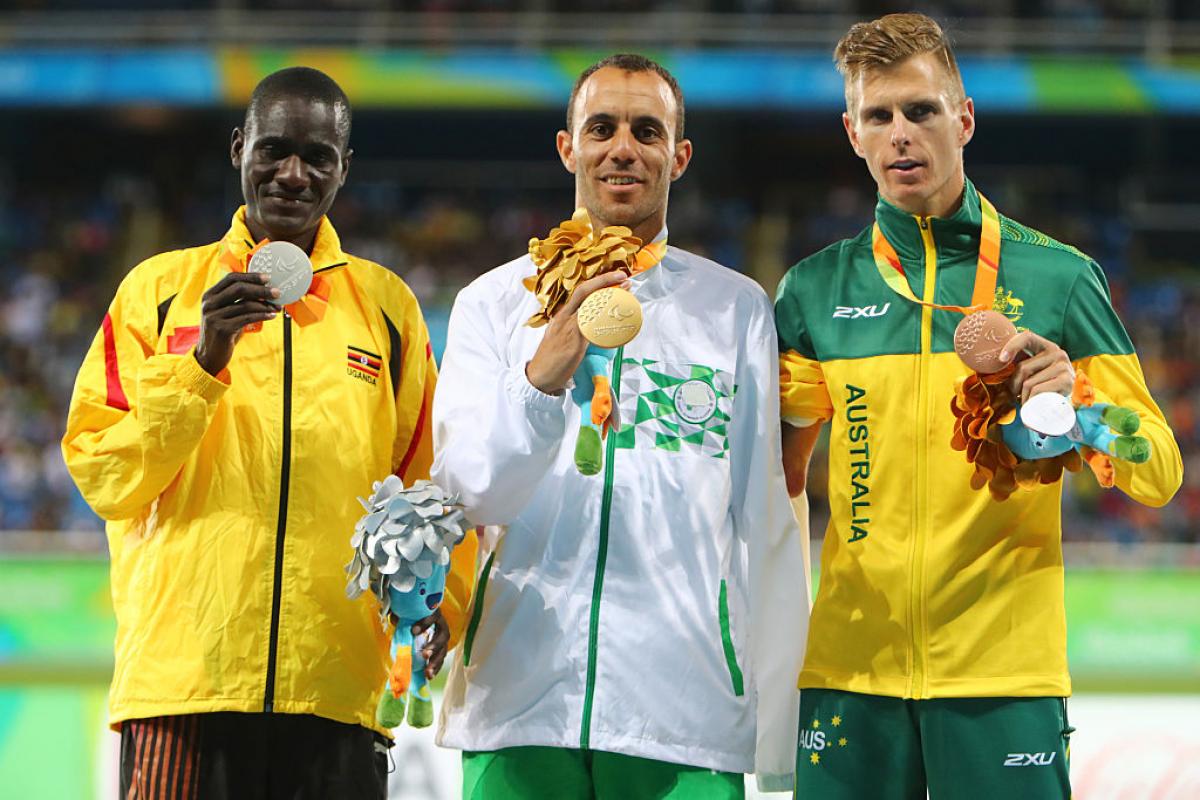 David Emong does not feel satisfied after winning Uganda’s first Paralympic medal last month but rather prefers to focus on his preparations towards the next Games in Tokyo, Japan, in four-years-time, where he is hoping to top the podium.

“I feel very happy for having made history for Uganda,” said Emong, who was close to reaching the podium at London 2012, finishing fourth in the 1,500m T46.

Uganda made their Paralympic debut at Heidelberg 1972 and also sent a delegation to Toronto 1976 before a 20-year-absence from the Games, only returning in Atlanta, USA, in 1996.

It was one of four countries to claim their first Paralympic medal in Rio, together with Cape Verde, Mozambique and Qatar.

“It is good for the people in my country to have a Paralympic hero. I expected to win this medal because I had been training very hard to increase my maximum speed,” said Emong.

He has also benefitted from the support the Agitos Foundation, the development arm of the International Paralympic Committee (IPC), gave to the Uganda National Paralympic Committee to implement a Para athletics and wheelchair basketball awareness raising development programme from August 2013-January 2015, financed by the China Council of Lions Clubs.

Several Uganda athletics coaches also participated in IPC Athletics coach education camps in Rwanda, in 2012, and in Kenya, in 2013, both financed by the Agitos Foundation.

Thanks to this project, eight new Para athletics clubs were established, coaches were trained and the relationship with the National Athletics Federation significantly improved. As a consequence, Para athletes can now compete at national events and train alongside able-bodied athletes.

“We will now draft an official collaboration agreement with the national federation," said Jameson Ssenkung, one of Emong's coaches.

Last year, Emong took silver in the same event at the African Games, in Brazzaville, Congo, with Nouioua claiming gold, anticipating what would happen in Rio.

“One day I will win gold,” said Emong, full of confidence.

“With the help of God, I will compete at Tokyo 2020. My goal there is to take the gold medal to Uganda. I see myself doing it and it is my biggest dream.”

Brazzaville 2015 was the only opportunity he had of competing abroad in the year due to financial limitations.

But Emong is hoping this can change in the near future and he can see more Ugandan youngsters getting involved with Para sports and reaching the Paralympic Games in the short-term.

The middle-distance runner said there were many reasons he enjoyed his second Paralympic experience, in Rio.

“This Paralympic Games was good. I liked the stadium and also ate some African food!” he said.

The Ugandan lives in the town of Kapchorwa, where he trains “under difficult conditions. The track is not good and is too far from where I live, so I need to take a transport which costs a lot of money.”

But difficulties never stopped Emong from doing what he loves since he took up athletics in 2005, inspired by Olympic runner Moses Kipsiro.

“I heard in the radio he had won a medal and thought I also wanted to be an athlete like him,” said Emong.