The middle-distance biathlon races across both genders and all classes will take place on Day 4 of Sochi 2014. 11 Mar 2014
Imagen 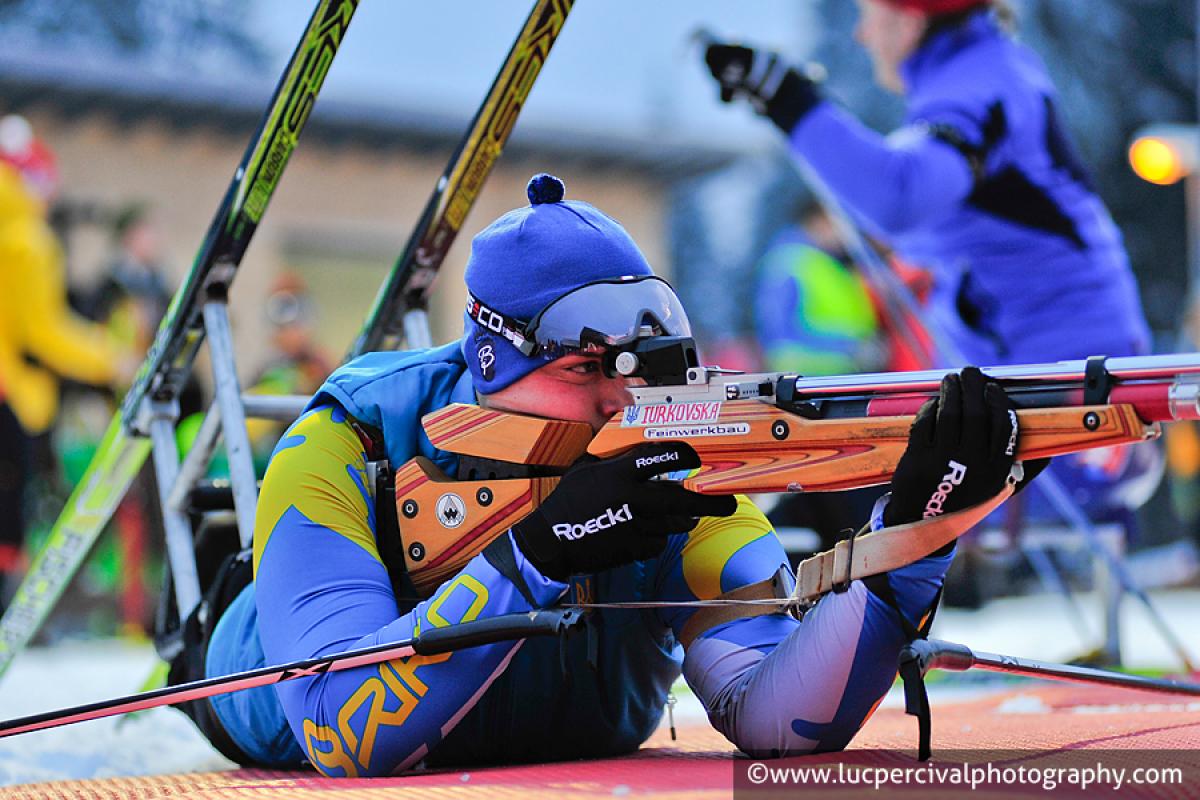 The sporting year of 2015 will kick-off with the 2015 IPC Nordic Skiing World Championships in Cable, USA.

ⒸLuc Percival
By Nate Williams | For the IPC

There will be a new Paralympic champion crowned when the women’s 10km visually impaired biathlon starts at 14:30(MSK).

Ukraine can cut into Russia’s lead at the top of the Sochi 2014 Paralympic Winter Games medals table if their three world champions can become Paralympic champions in the middle-distance biathlon events on Tuesday (11 March).

Ihor Reptyukh, Olena Iurkovska and Iryna Bui will all be hoping to build off their IPC Nordic Skiing World Championship crowns.

Bui, an 18-year-old world champion, will compete in the women’s 10km standing event at 13:00 (MSK) and will face stiff competition from teammate and defending Paralympic champion Oleksandra Kononova.

Bui finished almost one minute ahead of Russia’s Anna Milenina in at the World Championships last year, and both will be in contention for another podium finish. The host nation also has medal hopes in Alena Kaufman who has been in top form during the Sochi 2014 and could be a dark horse to win the race.

"The time preparing for the Paralympic Games was hard for me because I have a small daughter to take care of but I also had to go to training. I haven't seen my family for six months,” Kaufman said.

“These are my third Paralympic Games and it is a great moment for me because it happens on home soil.”

Reptyukh, another young Ukrainian athlete, will be looking to contribute to his country’s gold medal tally in the men’s 12.5km standing biathlon.

The 19-year-old claimed his world title by leading from the front and finishing ahead of compatriot Grygorii Vovchynskyi, a silver medallist in this event from Vancouver 2010.

The Paralympic champion from Vancouver 2010, Norway’s Nils-Erik Ulset, will look to improve upon his sixth-place finish in the earlier 7.5km biathlon and challenge for a medal in this event.

Canadian hopeful Mark Arendz will also be in action. The 23-year-old secured a bronze medal in this event at the World Championships.

In the women’s 10km sitting biathlon at 10:00 (MSK), Ukraine’s Iurkovska will try and hold off Russia’s Maria Lovleva, the defending Paralympic champion.

Iurkovska dug deep and pushed hard to the finish line at the 2013 World Championships, as she beat Lovleva to first place by nine seconds.

Ukraine’s Lyudmyla Pavlenko finished seventh at the World Championships, but after an impressive gold-medal performance on Sunday (9 March), she could have an outside chance of medalling in this event, too. Dual-sport athletes Andrea Eskau of Germany and Oksana Masters of the USA will also look to podium.

At 10:48 (MSK), Russia’s Roman Petushkov will aim to complete a hat-trick of gold medals when he arrives at the start line for the men’s 12.5km sitting biathlon. Petushkov is the defending world champion and after his recent performances in Sochi, he is set to upgrade from the bronze medal he won at the previous Games in Vancouver.

He will be closely watched by Japan’s Kozo Kubo, who claimed a bronze medal in the 7.5km biathlon earlier at the Games.

There will be a new Paralympic champion crowned when the women’s 10km visually impaired biathlon starts at 14:30(MSK).

Four years ago, this event was won by Germany’s Verena Bentele, who has now retired from the sport and has recently been inducted into the Visa Paralympic Hall Of Fame. This crown will likely be passed onto Mikhalina Lysova, Russia’s defending world champion who finished two minutes clear of her closest competitor at the World Championships, her teammate Iuliia Budaleeva.

The day’s competition closes with the men’s 12.5km visually impaired biathlon at 14:45 (MSK).