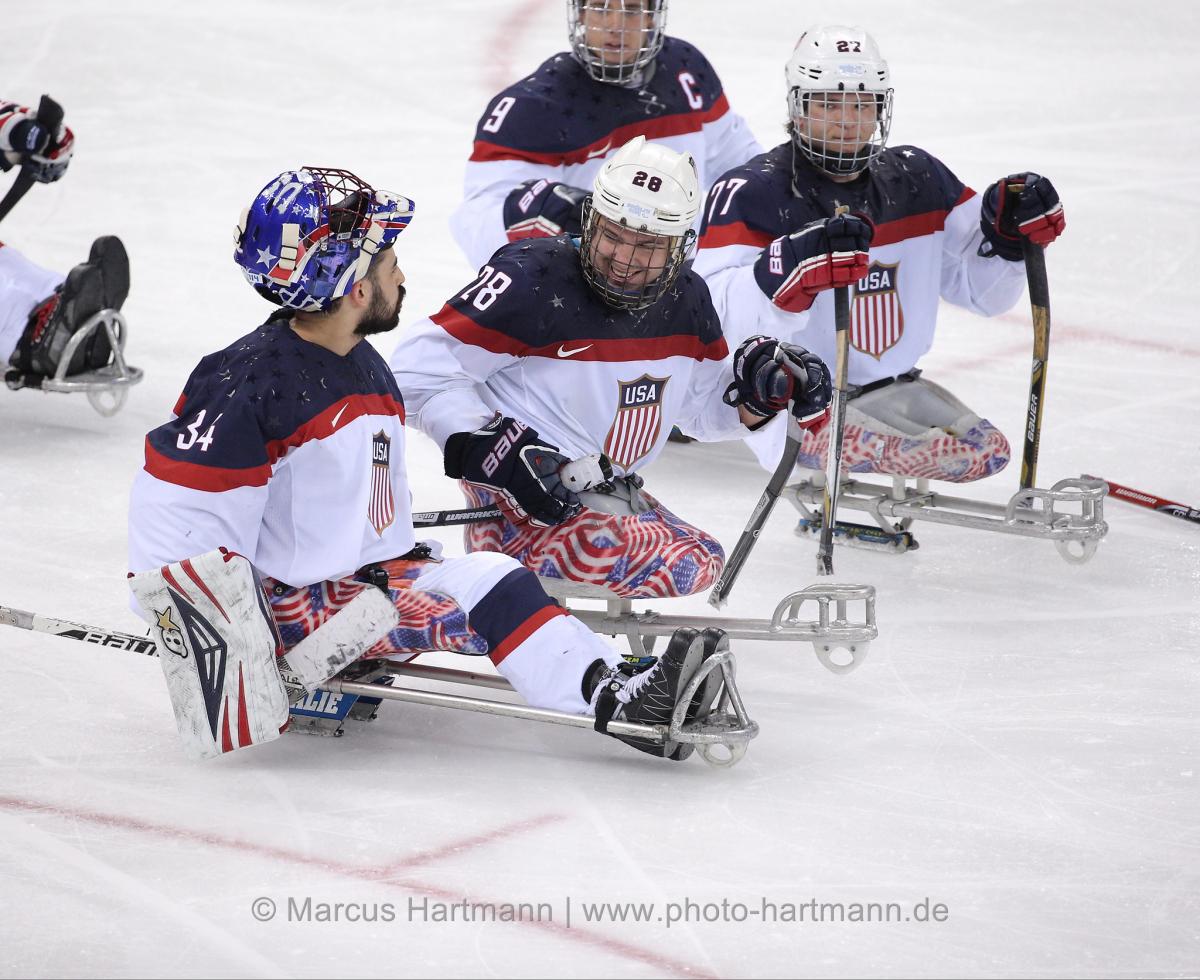 USA Hockey has announced their 17-member roster for the 2014-15 US National Ice Sledge Hockey Team.

The squad, which features 11 returnees from the Sochi 2014 gold medal winning team, was selected following a two-day try-out, 12-13 July, that included 52 players in Williamsville, New York.

The highlight of the season for 2015 will be the IPC Ice Sledge Hockey World Championships which will be hosted by USA Hockey, US Paralympics and the International Paralympic Committee (IPC) at the HARBORCENTER in Buffalo, New York. The tournament will run from 24 April - 2 May. The rest of Team USA's schedule will be released at a later date.

Goaltender Steve Cash is back for his 10th season with Team USA. He backstopped the US to gold medals at the 2010 and 2014 Paralympic Winter Games.

On defence, Team USA welcomes back Tyler Carron and Nikko Landeros. Additionally, Josh Pauls moves to the blue line after spending time as a forward in recent seasons. Both Landeros and Pauls are two-time Paralympic gold medallists.

Seven forwards return from the 2014 US Paralympic Team, including Declan Farmer, who was voted by visitors to www.paralympic.org, the IPC’s website, the 2014 Best Male Paralympian and received the 2014 ESPY Award for the Best Male Athlete with a Disability.

The newcomers to the 2014-15 roster are goaltender Kyle Huckaby; defensemen Sam Mumper and Billy Hanning; and forwards Chris Douglas, Luke McDermott and Josh Misiewicz. Huckaby, Mumper, Hanning, Douglas and Misiewicz were members of the 2013-14 US National Developmental Sled Hockey Team.

Head coach Jeff Sauer begins his fourth season at the helm for the US National Sled Team.