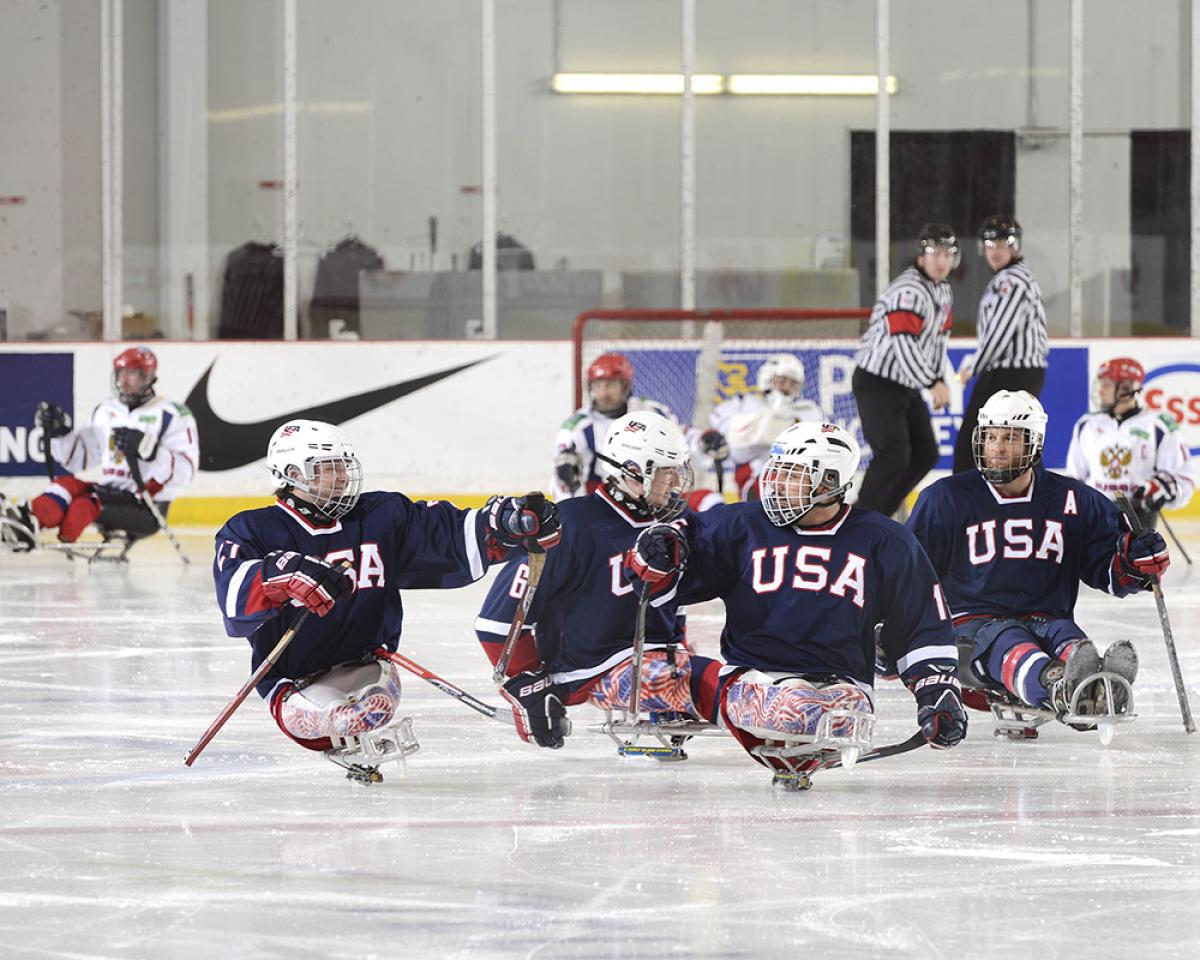 Josh Pauls, left, fist bumps his teammates after scoring against Russia during the semi-finals of the 2013 World Sledge Hockey Challenge in Toronto, Canada.

"I am excited about this skilled group of players that we'll be taking to Sochi."

"We're very happy with the roster we have put together," said Dan Brennan, general manager of the U.S. Paralympic ice sledge hockey team. "Going back to try-outs in the summer, I can't say enough about the depth of the talent we have available to us. It's a tremendous luxury to have, yet it made the final player selection very difficult."

The 2014 Paralympic Winter Games will take place 7-16 March in Sochi, Russia. All ice sledge hockey games will be played at Shayba Arena and USA has been drawn in Group B alongside hosts Russia, South Korea and Italy. Group A will feature world champions Canada, Czech Republic, Norway and Sweden. A complete game schedule, as well as television coverage and live streaming information, will be available at a later date.

"I am excited about this skilled group of players that we'll be taking to Sochi," said Jeff Sauer, head coach of the U.S. Paralympic ice sledge hockey team, who is in his third season leading the U.S. National sledge hockey team. "I like the chemistry that is building among them. We have some players with extensive Paralympic experience, in addition to younger players who can't wait to step up to the highest level of competition in our sport."

Brody Roybal, who turned 15 in May, is the youngest player on the roster. He is making his debut with the national team this season.

The 2014 U.S. Paralympic Sled Hockey Team is the first to be nominated.

U.S. Paralympic Team nominees for alpine skiing, biathlon, cross-country skiing, sled hockey, snowboarding and wheelchair curling will be finalized by the USOC no later than Feb. 21, 2014, the deadline to submit Sochi 2014 Paralympic Winter Games delegation rosters to the International Paralympic Committee. Selection procedures and dates can be found at the Team USA homepage. 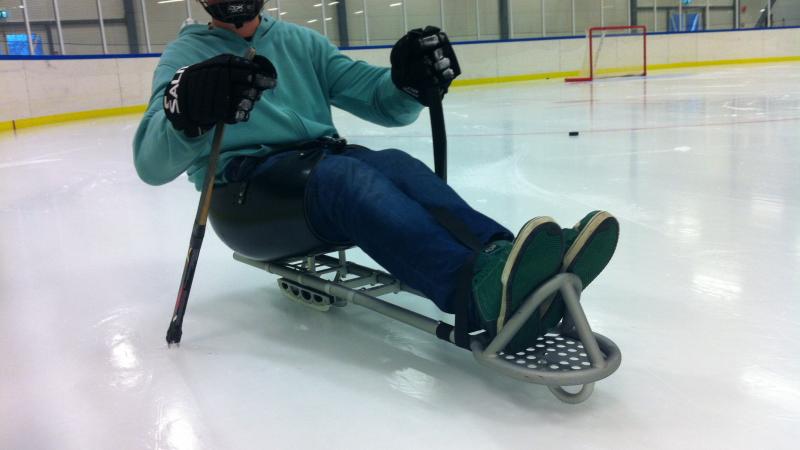 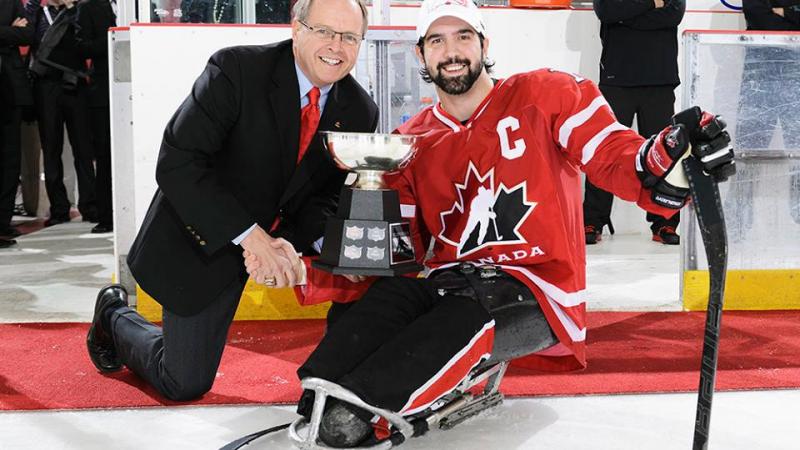