USA’s 2012 Athletics Trials to be Held in Indianapolis 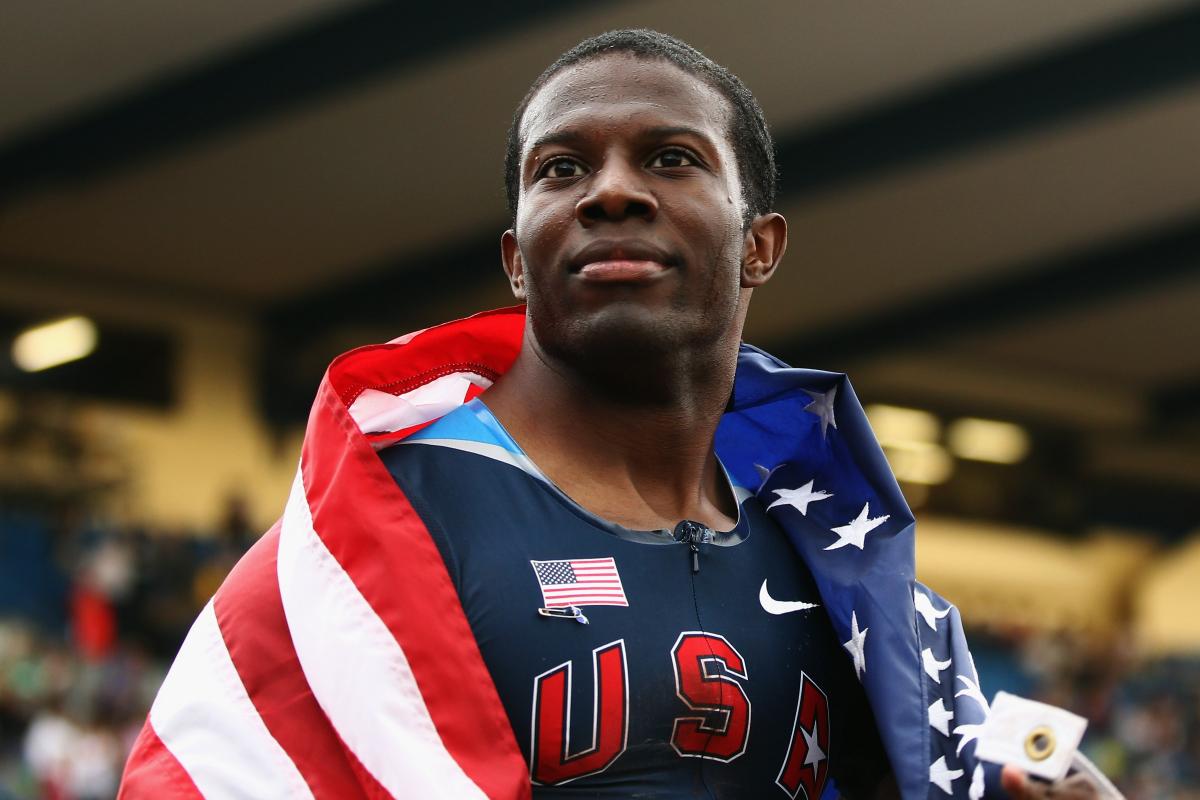 The top U.S. Paralympic athletes are expected to compete, including three of the International Paralympic Committee’s (IPC) Ones to Watch: April Holmes, Tatyana McFadden and Jerome Singleton.

It was announced on Thursday (1 March) that the 2012 U.S. Paralympics Athletics Trials will be held at Indiana University-Purdue University in Indianapolis from 29 June – 1 July.

Approximately 200 athletes are expected to participate in the Trials.

Although the competition is the U.S. qualifying event for athletes to make the U.S. Paralympic Team, it is open to athletes from all countries. Athletes who meet the minimum qualifying standards at a sanctioned Athletics event are eligible to compete in the Trials.

"We wanted have a location for fast times and good distances; that's what we're looking for, and we think we can get both in Indianapolis," said Associate Director of High Performance, U.S. Paralympics Track and Field, Cathy Sellers.

The top U.S. Paralympic athletes are expected to compete, including three of the International Paralympic Committee’s (IPC) Ones to Watch: April Holmes, Tatyana McFadden and Jerome Singleton.

The men’s 100m T44 race has the potential to headline the event if reigning world champion Jerome Singleton and Jarryd Wallace, gold medallist from the 2011 Parapan American Games, both make the finals.

At the 2008 U.S. Paralympics Trials in Tempe, Arizona, 14 other countries competed, including Colombia, Brazil, Ghana, Italy, Japan, Germany and Israel.

This year’s event will be held at the Michael A. Carroll Stadium. The venue features a 400m oval eight-lane track made up of Mondo surface, which mimics the same track surface that athletes will be racing on at the London 2012 Paralympic Games.

In the past, the Carroll Stadium had been the site of the 2006 and 2007 USA Athletics National Championships and it also hosted the 1988 U.S. Olympic Athletics Trials.

April Holmes crosses the finish line ahead of Andrea Scherney of Austria and Katrin Green of Germany to win the final of the women's 100m T44 event at the Beijing 2008 Paralympic Games. 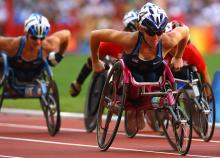